It’s August! Here’s Everything You Need To Accomplish To Achieve The Best Summer Ever

If Instagram has taught us anything, it’s that everybody but you and I are having the greatest summers of all time. People are outside. People are on beaches. (I don’t like the beach, but I don’t know your life, so why would I assume you feel the same.) People are in different countries, doing different things. People are eating salads they seem to have made on their own time. I have seen at least 14 types of sandals; I have seen not a single sweater. Summer is in full bloom, baby, and you’ve got roughly a month left to enjoy it.

So I have made you a list. Because summer is nothing if not a chance to fear everything you’re missing out on, or that you’re running out of time so quickly that you are absolute seconds from the doom and gloom of February, the saddest and most terrible month of the year. Remember: these are all the things you have to do to ensure that summer 2019 was indeed the Best Summer Ever™.

Wear shorts
Start small, but start mighty. Try it once. Photograph it as proof of participation. Pair them with a sandal or running shoe. Take a risk. Wear a t-shirt. Try on a tank top. Then, after realizing that your thighs are sticking to every surface you sit on for more than 24 seconds (respectively), take them off, throw them in the laundry, fold them and place them in your close until next year. Because you did it, and you did it well.

Eat ice cream
Or sorbet or frozen yogurt or whatever you can consume to evoke the magic of feeling like a child for a fleeting, blessed second. Preferably for dinner, which I did last night and do not regret even slightly.

Eat and/or drink root beer floats
Which, I will add, also make for a delicious lunch.

Listen to music you associate with summer, and only music you associate with summer
And listen to it loudly. It isn’t your fault that your neighbours don’t share the same affinity you do for Steely Dan. Sorry that everybody in traffic is vehemently opposed to Shania Twain, circa 1995. Don’t blame me for not having the musical taste necessary to plunge into Yacht Rock. You’re the DJ of your own life. Refuse to take outside requests.

Pet a dog
People really seem to be into dogs. They seem okay, but anyone who really loves them doesn’t know the true joy of a cat who truly hates you finally letting you hold them like a baby. So: pet a dog and then throw that shit on Instagram. You did it. You were a part of something. Somewhere, a cat is rolling its eyes.

Sit outside
It doesn’t really matter what you do, just try it on for size. Work outside. Eat outside. Sit on the steps of your front stoop, watching your neighbours with the intensity of a wheelchair-bound Jimmy Stewart in Rear Window. Look up at the sky every so often to confirm you’re not inside. Tell everybody you’ve ever met that you’re outdoorsy now.

Go to a cottage
You don’t have to own it. It doesn’t even need to belong to anybody you know. Go there, look at it, announce that you are standing in front of a cottage, and move on with your life. You could swim in the lake water, but why?

Sit on a patio
If you don’t consume a meal on a patio, you have betrayed yourself and also most of the season. Don’t like insects? That’s not my problem, you can speak directly to the earth. Summer isn’t complete until you compete with flying creatures for your meal and the garnish on your fruity cocktail. Summer hasn’t begununtil you realize the hot breeze has somehow cooled your pasta down to the point of you wondering if it’s been sitting out too long, maybe, and are you going to get sick from this warmish cream sauce. (Spoiler alert: maybe!)

Complain about summer
It’s not summer until you hate it in a way you didn’t think possible. It’s not August until you curse humidity and begin romanticizing the winter even though you know it’s a million times worse. It’s not the best season of all until you tell anybody who will listen about what a garbage month August is and how you can’t wait for October, despite it sometimes being just as hot because the world is melting. And it’s not the ultimate month until you admit to yourself, amidst the heat and the haze and the air advisories, that okay, fine, it’s actually quite acceptable, but to say so goes against who you are, so now you finally have a small secret. So you pour yourself more pink lemonade and accept your fate as somebody who, next year, might order Tevas. 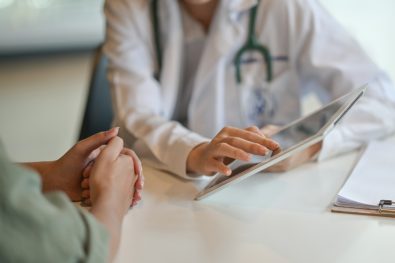 Why You Should Consider A Naturopathic Doctor 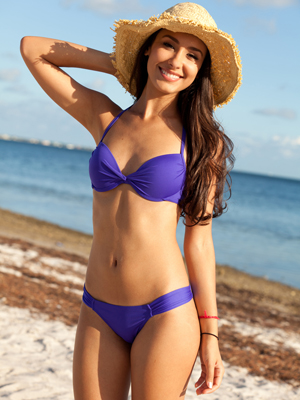 Get a Head Start on Your Summer Body

What Equals 100 Calories in Fruits and Veggies?