by Danica Jeffery
Style
No comments 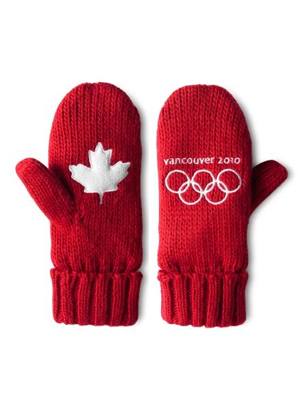 Besides the show-stopping athletic achievements, there’s one more thing about the Vancouver 2010 Olympics that’s capturing global attention: the fashion. Unique and eye-catching designs aren’t just a mainstay on the skating rink anymore: and certainly not just on women. These Games have brought fashion to the forefront for a number of sports disciplines. Here’s our re-cap of the most stylish moments:

Millions were glued to their screens to watch the Opening Ceremonies on February 12th, when athletes representing more than 80 countries proudly strut before a cheering crowd at BC Place. Let’s be honest — we were also tuned in to take in the athlete’s gear (and judge for ourselves who wore it best). The Canadian team looked red-hot in their Hudson’s Bay Company gear, with the red and white mittens that have become a must-have item (the average wait time to access the Team Canada Gear section at The Bay in Vancouver is nearly five hours!). 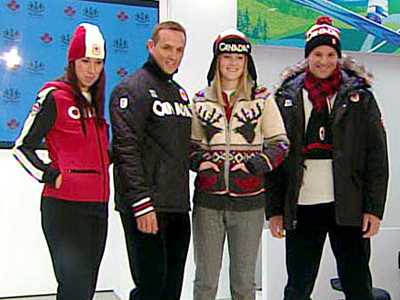 The US team didn’t fair so badly in the fashion department, either, decked out in cosy Ralph Lauren-esque styles.

When the US snowboarding team streaked down Cypress Mountain in chic, faux-denim pants and of-the-moment plaid jackets, it marked the debut of a new slope-side fashion statement. It didn’t hurt that star performer Shaun White nabbed record medals at the same time. 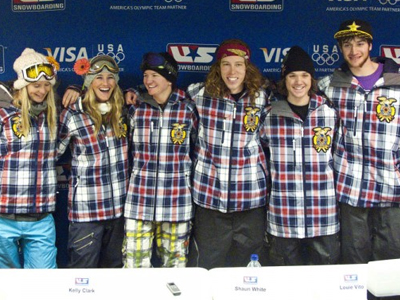 American Johnny Weir is a famously dramatic performer, and always decked out for the men’s short program skating competition with unusal costumes (think trademark sequins). This time around, he had the assistance of designer Vera Wang, who created several luxurious pieces for show time. Weir competed in the semi-finals wearing a slinky black number complete with feather capped sleeves and risqué© cut-outs in the back. 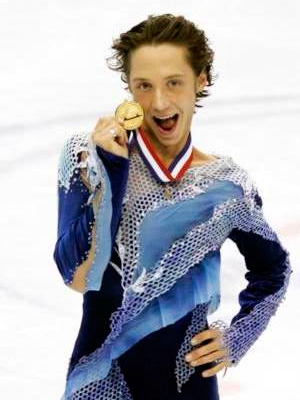 Weir wasn’t the only one treading thin ice in terms of costuming at the games. Fellow competitors from Russia (Oksana Domnina and Maxim Shabalin) were admonished for taking their artistic expression of an Aboriginal routine too far when it came to costume design. With paint scrawled across their bodies and fake foliage covering their chests, the only fabric apparent was the bright red loincloths they both sported. I doubt we’ll be seeing any versions of this fashion faux pas on the runways.

Surprisingly, another type of ice rink — the curling rink — was home to one of the Olympics’ best fashion highlights. It was the men’s Norwegian team that caught fashionistas by surprise with bright, argyle-patterned pants. Perhaps not for everyone, but they worked at distracting their competition for a few games at the least… 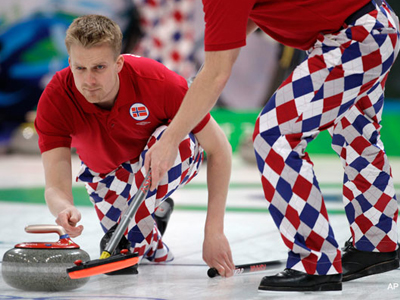 As for the female curlers, the Lululemon-esque styles of the Canadian team were sleek and form-fitting in black and red. They’re perfect to go from the arena to the yoga studio…or hopefully, the podium if all goes according to plan!

Tell us what you think! Which were your favourite Olympic style moments? Let us know your comments! 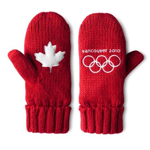 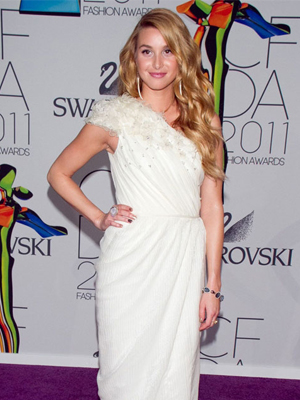 A Do or a Don’t? Wearing White to a Wedding When You Aren’t the Bride