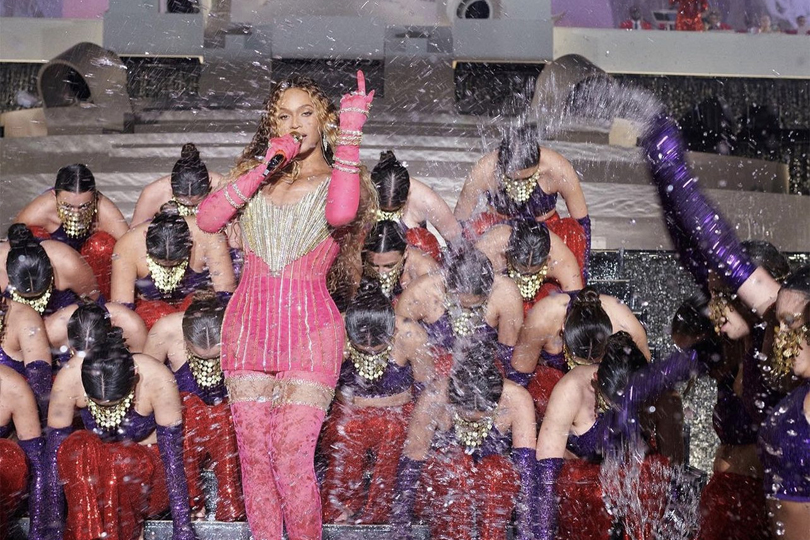 Beyoncé made a dramatic return to the stage with an exclusive invite-only concert to launch Dubai’s new Atlantis The Royal Hotel on Saturday, January 21. Of course, in true Beyoncé fashion, the performance was a sartorial spectacle filled with multiple glittering costume changes, including one look that was particularly meaningful in terms of global relevancy.

Opening the stunning show with her iconic cover of Etta James’ “At Last” backed by Firdaus, a 48-person all-female orchestra, Beyoncé went on to delight the star-studded audience with renditions of “Crazy In Love,” “Naughty Girl” and “Drunk In Love” for her one-off hour long concert at the ultra-luxury hotel.

Although the superstar’s catalogue of looks from the hotel’s blue carpet and during her set from Dolce & Gabbana, Dubai fashion house Atelier Zuhra, and Lebanese designer Nicolas Jebran were all impressive, her choice to wear an ensemble by Ukraine’s Ivan Frolov for the finale of her set is most noteworthy.

During the finale, Beyoncé dazzled in a custom look created by Frolov Couture, which, according to the designer, “was created in the brand’s production in Kyiv, Ukraine, during war and massive blackouts.”

In a move of support for the nation, the striking hot pink “Firework” dress, set off with crystal-embellished leggings and gloves, was created exclusively for Beyoncé and made using special couture techniques, including galvanic fine gold in the boning of the corset, plus hand embroidery with crystals.

“It just goes to show that no matter what, Ukrainian brands continue to showcase the world their resistance and culture,” a statement for the designer noted. Frolov launched his eponymous brand in 2015 and continues to live and work in the Ukrainian capital despite the ongoing conflict.

Ted Baker London Comes to the Eatons Centre in Toronto 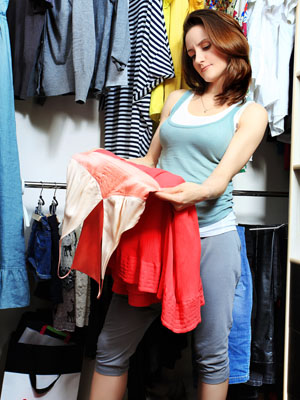 What Does it Mean to be Stylish?