Younger vs. Older: Which Guy is For You? 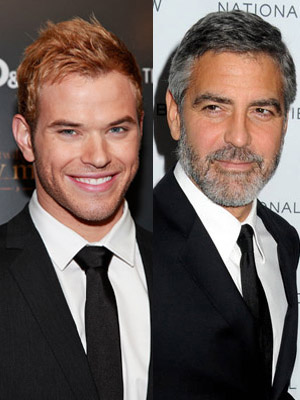 Whether you’ve been eyeing the grey-tipped George Clooney look-a-like that frequents your gym or checking out the ridiculously cute barely legal barista that serves you your morning latte, here are a few pros and cons to keep in mind when it comes to dating guys who are out of your age range.

In Bed: There is the saying, you can’t teach an old dog new tricks. Think of The Younger Guy like a puppy: he’s young, fresh, and full of energy. When it comes to sex, whatever this guy lacks in experience he makes up for in energy and stamina. If he’s dating you it probably means he is eager to soak up everything there is to know about pleasing a woman. No matter what, you’re going to have fun showing this guy the ropes.

Baggage Count: The great thing about dating a younger guy is that they probably have dated less people and therefore, have less relationship baggage as a result. The younger guy is often more open, more idealistic and probably hasn’t been burned so many times that he has developed a negative attitude towards love. Because of this, dating him feels refreshing and romantic. The downside: he might not be ready to settle down once the honeymoon period is over.

On a date: The young guy is fun, with a capital F. You know that new club that you are dying to check out but can’t seem to ever find anyone who is willing to go with you? Not only will the Younger Guy gladly accompany you, he will party the night away while you relive your early 20’s¦.because he’s still in his early twenties.

In Bed: Maybe you can’t teach an old dog new tricks but, the tricks this guy already knows are good ones¦very good. Dating an older guy usually means that you don’t have to deal with having to train a rookie. He already knows what you want and how to deliver it. All you have to do is throw your head back and enjoy the ride.

Baggage Count: Unfortunately, all this life experience that has made him awesome in the sack comes with a price. This guy might have more personal baggage than you’re prepared to deal with. For example, he might have an Ex-Wife (or two) or children from a previous relationship.  Sometimes all this real-life stuff can put a damper on the sexy.

On a Date: The Older Guy is likely to be more established, financially secure and sophisticated than his younger counterparts. This means that stuff like gourmet meals, tickets to the Ballet, and impromptu weekend get-a-ways are not only things that he wants to do with you but, they are things that he can actually afford to do. In other words, unlike a dating a Younger Guy, this dude won’t ask you if you’d like to share an entré©e because he’s short on cash this week.

The success of all May-December romances rests on the delicate balance of the Ick-Factor. This is the crucial moment during the dating process that forces you to say to yourself What am I doing?!. With the Younger Guy, this could be the morning after realization that the neighbor pounding on the wall for you to keep it down last night was actually his Mom. Or, with the Older Guy the Ick Factor may take effect the first time a waiter asks you if you and your Dad are enjoying your meal. Either way, you have to decide whether dating the debonair old salt or fresh faced hottie are worth having to deal with these cringe worthy moments. 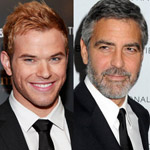 Related Content:
– What Your Guy Type Says About You
– 10 Things Women Don’t Get About Men
– The Dos and Don’ts of Dating Younger Men

Four Phrases That Will Liberate You 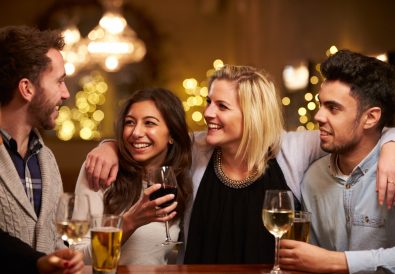