How to Fight Right

If you and your beau have been going steady for a while now, there’s a good chance an argument is soon to surface. But before you run for the hills to avoid the inevitable, keep in mind that a little bickering session can actually help to strengthen your relationship – if handled in the proper manner! Here are five steps to reach a healthy and worthwhile dispute:

While it’s easy to get immersed in the heat of an argument, don’t act like you and your beau are on opposing teams. You’re still dating, after all. In most cases (depending on the severity of the fight) it’s best to keep each other’s interest in mind, even if their reasoning isn’t clear right off the bat. You’re still allowed to disagree, but your lover will be more inclined to listen if you show you care to understand where they’re coming from too. Being stubborn won’t get you anywhere, except maybe a night on the couch.

You have just awoken from a peaceful bliss, when your lover mentions the two of you need to talk. Before you have a chance to respond, he quickly jets off to work. You can’t tell if your head is groggy from sleep, or the relationship bomb that was just dropped. With this in mind, make sure to set aside time with your man if there’s something you want to discuss. Not only is leaving in mid-sentence irritating, but immature. Chances are it will make your beau question more about your relationship than the topic of discussion.

Yes, the bedroom may be the most sought out location to make-up after a fight, but when the argument begins to spark, it’s the last place you want to be! The reason? The bedroom is a tranquil location, where you and your hubby get to be alone and become even closer. The last thing you want to do is contaminate it by acting spiteful. Not only that, but if you fight in the bedroom, where are you going to escape when you need time to breathe? So move that argument into another area of the house, and reserve the bedroom until the feud is over.

Don’t veer off the tracks

People do this often. They will begin chatting about one topic, which reminds them of something else, and before you know it you forget what was being discussed in the first place. While this may not be a big deal in casual conversation, it’s a big no-no when in the middle of a disagreement.  For starters, it won’t solve the problem at hand, but swaying off topic may actually generate new fights. Maybe you feel the need to mention something else that bothers you too. Yes, communication is the key to a healthy relationship, but just like anything in life, stick to one issue at a time.

Whether your beau forgot about your evening plans or spends more time with his phone than you, make sure to keep your emotions intact. Of course there are exceptions, but for the most part, keeping your feelings at bay will assure that you both get across what you want to say. If not, your lover will be too focused on your tears or vicious tone to get a word in. So make sure you are in a clear state of mind, and that your head isn’t a whirlwind of emotion. If you need time to rid those stresses, try going on a walk or release some steam by writing your emotions down on paper. 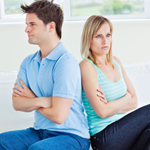 Related Content:
– What Are You Fighting For?
– Unhealthy Relationship Habits to Kick Now
– 5 Things You Should Never Tell Your Man

The Do’s and Don’ts of Running Into an Ex 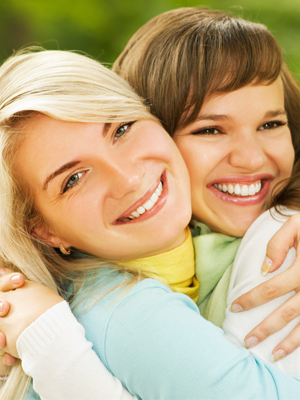