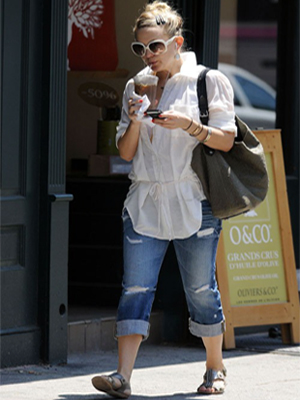 It’s been over a year since Kate Hudson gave birth to son Bingham, but according to these ultra-glam Ann Taylor ads, it’s hard to believe.

The 33-year-old actress showed off her slim physique in the Fall 2012 campaign which sees her showcasing the collection’s peplum styles and defined waists. Staying true to the season’s affinity for ’50s and early ’60s designs, Kate Hudson does justice to the ultra-feminine aesthetic as the line’s bright colours complement her tones perfectly.

According to a source for Us Weekly, to get her pre-baby body back, Kate Hudson did daily, hour-long dance sessions in a studio behind her home in L.A., and kept to strict portions of protein and veggies. As for eating after 7 p.m.? That was a no-go. “It worked!” said the source. “She has no baby fat left!”

But WE get to eat late-night snacks in front of the TV. So really, who’s the real winner here? 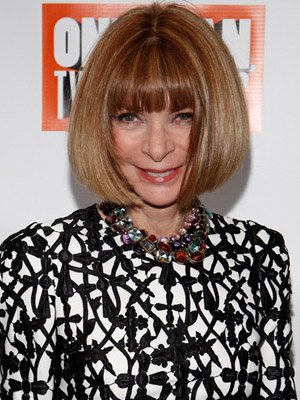