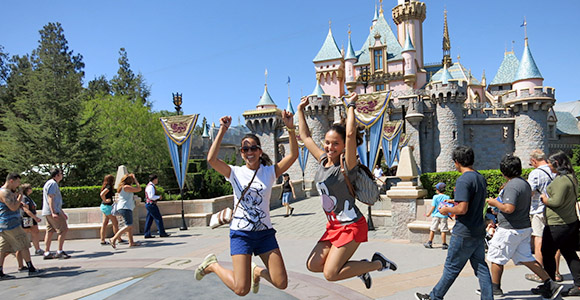 Not a Christmas passed as a child that I didn’t ask my parents for a trip to Disneyland. Just this summer, after 26 years of anticipation, it finally happened!

In August, I flew down to California for an unforgettable Disneyland press trip. I was joined by my partner-in-fun, my sister-in-law Natalie, and some of Canada’s top social media influencers. It’s fair to say we were excited.

Disneyland opened its doors in 1955 and is the only theme park that was designed and built while Walt Disney was alive. It was expanded in the 90s to include an additional park, Disney’s California Adventure Park. Disney once said, “Disneyland will never be completed. It will continue to grow as long as there is imagination left in the world.”

We had the privilege of “walking in Walt’s footsteps” on a tour around Disneyland (I highly recommend it), learning all about the detail he put into each and every square inch of the grounds. We even visited his apartment, hidden above the Fire Station on Main Street, which has only been open to the public for a year. It was still filled with his furniture and favourite things.

It is hard not to feel like a kid while you're at the park, especially when you spot Mickey and Minnie Mouse. I had a total fan-girl moment with Minnie (see Natalie and I below)! 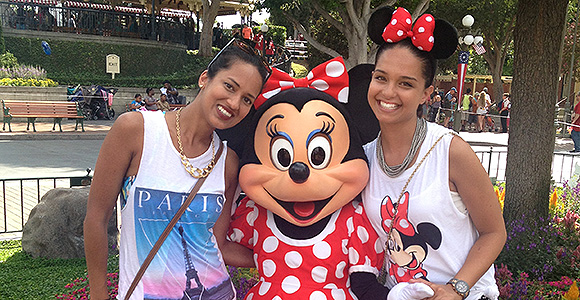 Are you an adult thinking of going to Disneyland? Here are a few tips on how to enjoy Disneyland as a grown-up:

If you are looking for a prime location near the park and Downtown Disney, in this hotel you are right smack dab in the middle of it. The hotel has a full service spa and incredible dining options (I recommend the restaurant Napa Rose).

Where to shop: Downtown Disney District

Downtown Disney is open free to the public, so if you are in the Anaheim area, you should definitely stop by. The Downtown strip is filled with restaurants and shops, including Sephora, Apricot and some great Disney shops. It is like Las Vegas for Disney fans. I stocked up on goodies for my nephews and friends. Plus, a fabulous pair of Minnie ears I didn't take off the entire trip. 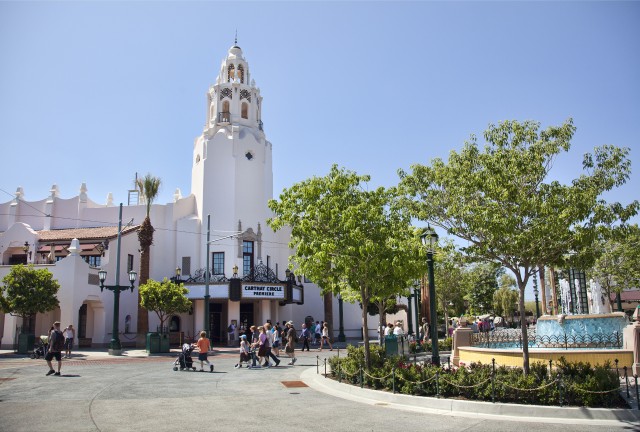 Located on the second floor of the Carthay Circle Theatre, this is by far my favourite restaurant of the trip. It is a tad pricey, but totally worth it. Any foodie would agree this place is a must-visit. The grilled rib eye or rigatoni with chicken are both heavenly.

What to do: Tower of Terror and Indiana Jones Adventure

We loved Tower of Terror in California Adventure Park so much, that we went on it FOUR times! If anything, it is worth experiencing just for the hilarious photos of you freaking out on the big drop.

In Disneyland we had an epic time on the Indiana Jones Adventure. Enter the legendary Temple of the Forbidden Eye on a fast-past and rugged journey inside. You won’t know whether to laugh (it is too fun) or scream.

My experience in Disneyland was one I’ll never forget. It is so easy to get wrapped up in work that you forget how to have fun. I came home from California feeling energized, with a ton of new stories to share with all my friends. As Disney once said, “Laughter is timeless, imagination has no age, and dreams are forever.”