Return of the 90s 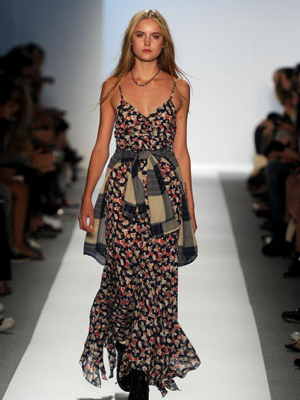 While some remember the first wave of Doc Marten’s, flannel and Liv Tyler centre-parts, others (read: me) have taken solace in the grunge-fuelled gasp of the late 20th century, using the likes of desert boots, floral leggings and even stirrup pants to reminisce about a decade that we can barely remember. But protest all you like: the 90s are back. And in celebration of 1996 resurgence, here are some of the current trends we never thought we’d see again.

A cardinal don’t for some, and a daring staple for others, the crop top of ’95 and beyond and reared its head for a 2011 revival, with chains like Urban Outfitters and H&M embracing the simple concept of a shrunken shirt. Perfect for hot summer days and inappropriate for the office, the crop top can still successfully be boasted, but unless you’ve got sculpted abs or have recently finished modeling for American Apparel, it may be best to wear a tank top underneath, or wear incredibly high-waisted pants “ or just opt out of it completely.
Make a statement with H&M’s Blue Patterned Crop Top, $12.95. 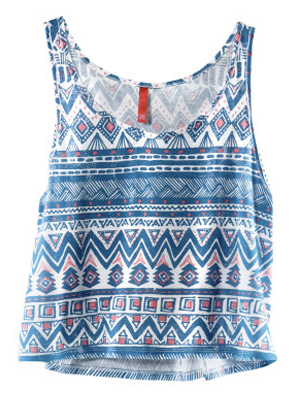 If there’s one thing the 90s were, it’s modest (well, no “ but for argument’s sake let’s talk Northern Traditions-esque florals). And in celebration of Practical Magic-based fashion, the free-flowing midi and ankle skirts have returned to replace the super-short dresses that once defined the mainstream. Worn with Keds, lace-up desert boots and even Doc Marten’s, the skirts your mother used to wear have been given new life, and with even the likes of Calvin Klein revamping the iconic slip dress, long hemlines are summer’s best friend.
Try Zara’s Creased Beige Long Skirt, $119. 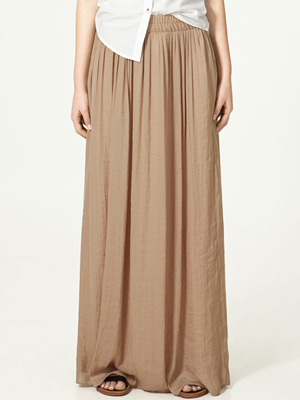 We don’t want to devalue the 70s denim currently making up the springtime landscape, but thanks to designers like Charlotte Ronson, denim’s also been given the grunge treatment as vests, cut-offs and oversize button-ups make for an aesthetic straight out of Singles. Case in point? While denim jackets have seen their share of makeovers, this year, the more worn-out the better. And despite Stella McCartney’s rejuvenated approach to jeans, faded oversize shirts worn with leggings or cigarette pants make spring synonymous with Winona.
For a standout look, try French Connection’s Tango Denim Shorts, on sale for $49.99. 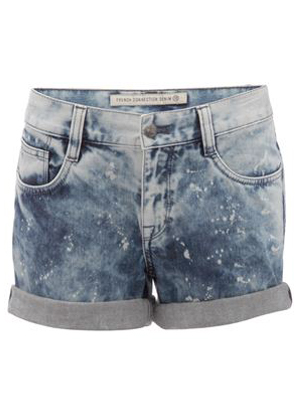 Despite our rejection of the not-a-bag-not-a-backback at the turn of the century, the mini-backback has clawed itself from the depths of vintage bargain bins to stake its claim on spring 2011. True, it’s understandable: as over packed purses strain our shoulders and school bags seem too reminiscent of, well, class, the year’s mini 2.0 (read: a canvas bag worn as a backpack) is the ideal in-between. That, and you can officially justify bringing as much as you want every time you head out the door.
Check out Urban Outfitter’s Deux Lux Black Reptile Mini Backpack, $68. 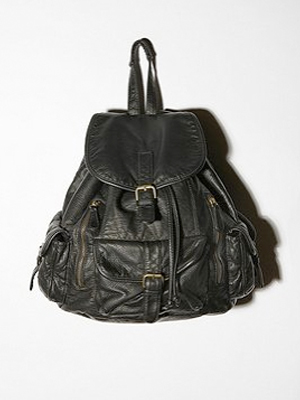 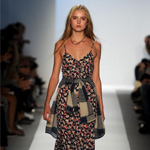 Related Content:
– How to Wear Denim on Denim
– The Slip Dress: Dos and Don’ts
– Get the Grunge Beauty Look 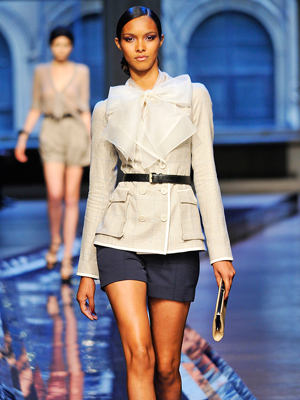 The Key to Power Suits 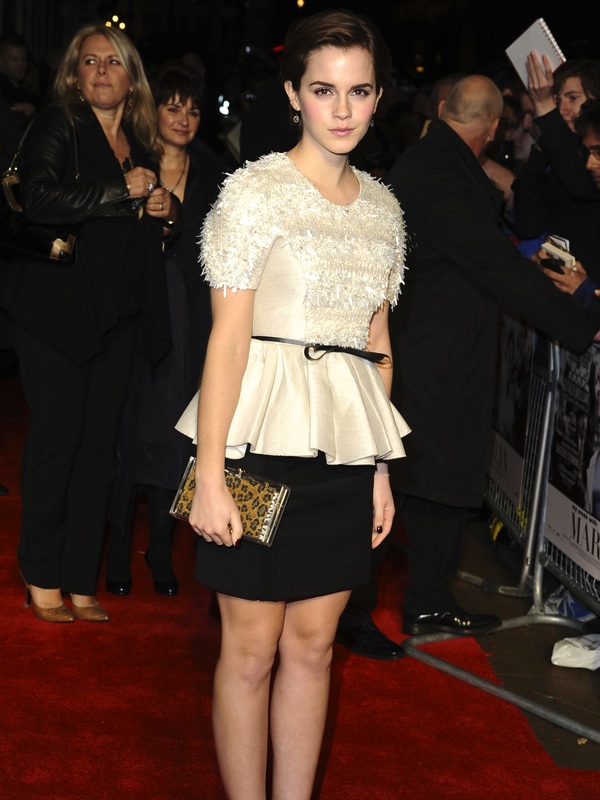