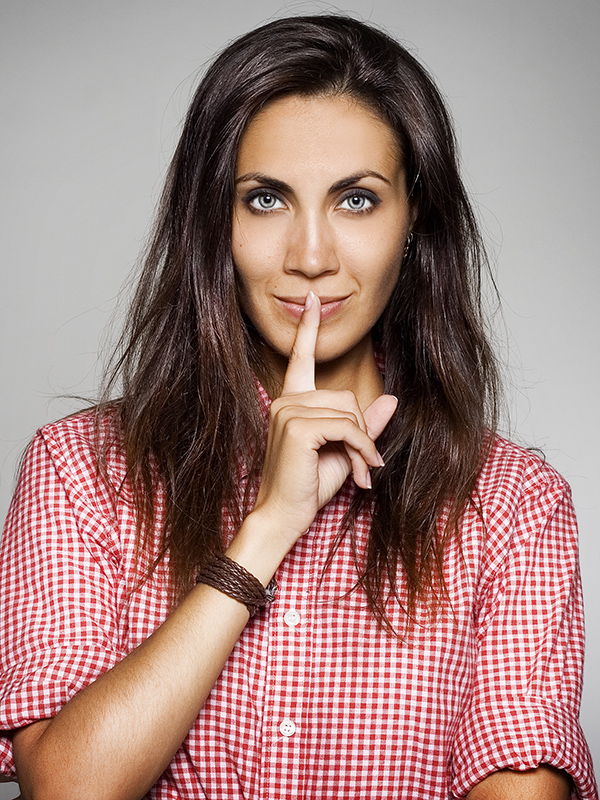 We label each other based on sex lives, career moves, and clothes worn. We’ll talk trash about somebody’s girlfriend because we want to date the attached. We’ll judge a woman who’s moved up at work because we haven’t. We try to contain women to our own set of values, but only force ourselves into more of a mold as a result.

And I get it “ it’s easy. It’s easy to ignore that a committed guy is either emotionally or physically cheating on someone he’s supposed to respect. It’s easy to call a woman names if she lives her life the way you wouldn’t. It’s easy to pick apart someone’s physical flaws if you’re jealous of where they are professionally. For a few seconds, it even helps. You get a laugh, you feel validated, and then you slowly acknowledge the feeling that you’ve just contributed to the problem. Which you (and I, and all of us) have.

Women have been labeled since women have existed. We know that. We’ve been forced to act, look, and behave certain ways, and those who’ve dared to challenge convention have been mocked, judged, and locked away (among much worse). And yet we “ we, who understand that painful history — paint ourselves back into it, trash talking for no reason other than to better ourselves. Which never works.

It’s obviously okay to dislike someone. No one is universally liked (unless you are Amy Poehler), and it’s not against a code or the conventions of feminism to cut somebody out of your life if you don’t want her in it. But to name call and to insult for the purpose of making yourself feel better “ we’re better than that. It doesn’t improve anything, it makes you feel bad, and it would probably hurt whoever it’s about if she heard it.

Because the thing is, you don’t want her to hear it. If you did, you would probably approach her and say, I don’t like you and this is why. But instead, you whisper or gossip, and then act friendly or indifferent. Meaning any trash talking you do is a colossal waste of time. (Minus the occasional vent session you may have with a close friend, who will likely remind you that you’re being irrational and that you’re talking about a human being. And to those friends, I say thank you, you have kept me both sane and ultimately employed.) Trash talking divides, perpetuates cliques, and, depending on in what capacity, is a bullying tactic. And instead of focusing on what’s important like your own goals and your own life, you focus on the worst parts of someone who represents something else. You’re Rachel to Julie in Friends season two “ and let’s be honest: Julie was great, and totally lost out because Ross acted like an indecisive child.

So let’s quit it. We’re smart, and we’re aware, so why not flip the situation. If you don’t like someone, cut her out or keep things strictly professional if you have to work together. But in the meantime, let’s champion our individual choices, our ability to have them, and the fact that refusing to spew negativity will ultimately make us better people. Ask yourself why the next time you rush to label someone. Ask yourself why she’s not just someone you’ve removed from your life if she makes you so upset. Ask yourself what the reaction is really about. We’re all too busy to focus on the worst parts of someone who doesn’t make us happy, so let’s band together instead to change things so we are.

Related Content:
– How to Deal with a Catty Coworker
–How to Dump a Toxic Friend
–Friend or Frenemy?