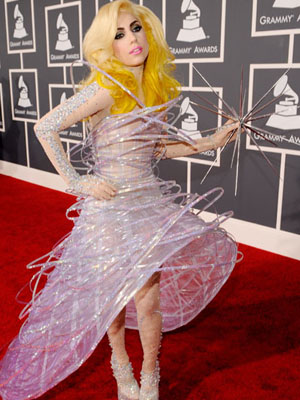 With award season out in full force, it’s time to take a break from the same old factor of the Globes and Oscars, and embrace the eccentricities of the music industry.  The thing about the Grammys is that it draws not only professional musicians, but a random mix of actors and reality stars that work to make up the ultimate eclectic ensemble.  (Translation:  Out with the gowns, in with the avant-garde . . . or badly dressed.)

Last night was no exception.  Not only did pop star extraordinaire Lady Gaga rock an uncharacteristically bright wig coupled with 2010’s version of the hoop skirt (I think we can all accept the fact that Ms. Gaga is above judgement), but Adam Lambert reverted back to vintage glam with a shiny topcoat, patent-esque heels and hair and makeup that would shame my own.  (Seriously “ the man rocks eyeliner like nobody’s business.)

However, the true stars of Grammys’ red carpet were undoubtedly the Jersey Shore squad who appeared for no other reason than to provide me with running commentary.  (Seriously “ why were they there?)  With Snooki embracing the concept of too-tight, too-short and too-much, and Mike Sorrentino proudly flaunting his situation (Saturday Night Fever throwback, anyone?), it seems as though a night dedicated to music has become just another excuse for photo ops and top ten lists.  (But what else is new?  This is Hollywood, right?)

Though the Grammys do celebrate the best in mainstream, its red carpet has opened itself to the likes of nearly anyone who once appeared in Us Weekly.  And while some serious songstresses opted for class, style and all things fantastic (Carrie Underwood and Taylor Swift to name a few), nothing seems to beat the appearance of this generation’s John Travolta (circa disco fever) or the token less is less candidate. 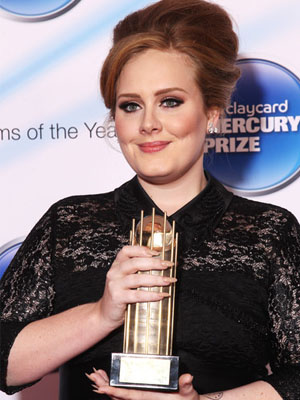