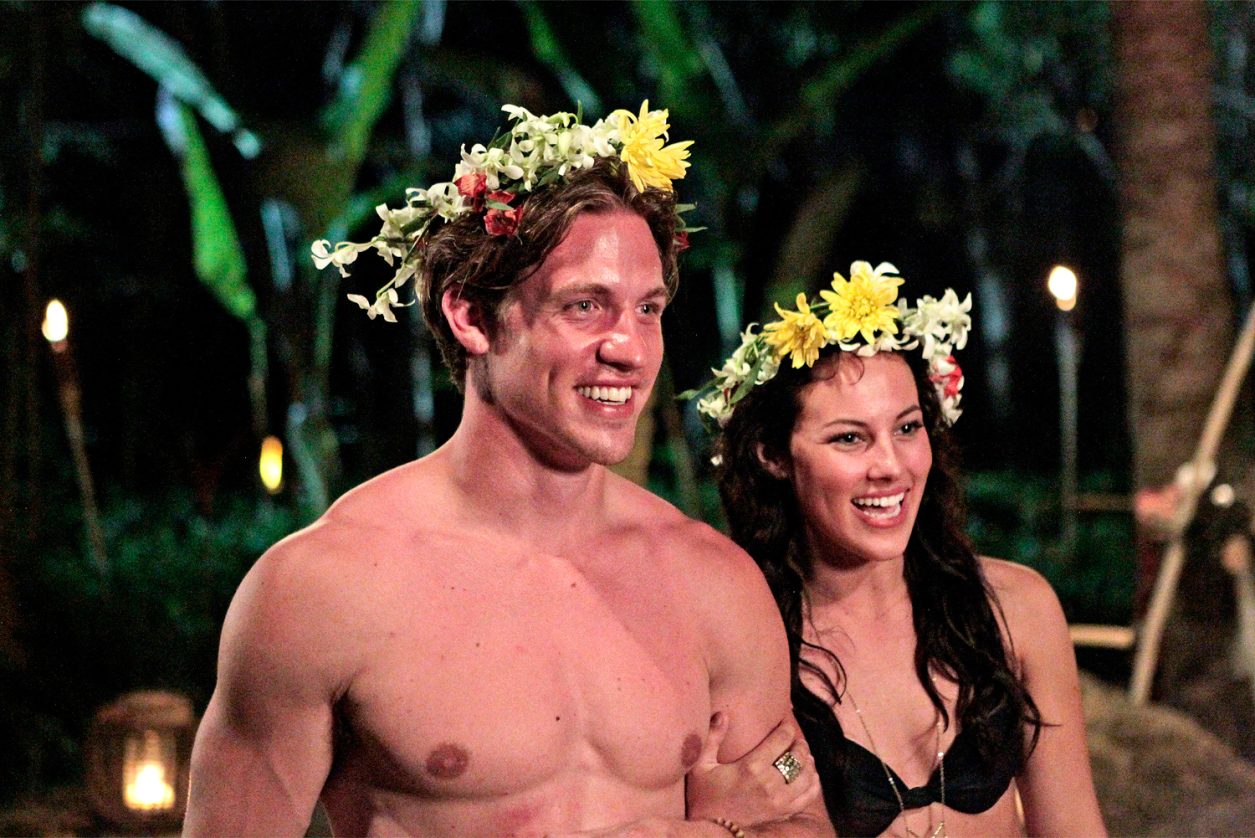 Episode 9: We start off watching Joe talk about being double-crossed (double-standard, of course). Samantha pulled him aside and told him that she still likes him but didn’t want to be apart of the drama¦ somehow she manipulated Joe into apologizing to her, especially after she said she didn’t actually want to go on the date with Justin. Samantha told Justin she couldn’t go on a date with him, so Justin asked Amber instead and she said yes, hoping this would kick Dan in the butt a bit to make his move. And when you thought Paradise couldn’t get more dramatic, in walked Bachelor veteran Chris Bukowski with a date card. Amber and Justin did some salsa dancing on their date (poor Justin had the WORST sunburn) and while Amber had some of the moves, Justin was obviously just trying not to step on her. It didn’t take long for the rhythm to hit them and they started smooching, first on the dance floor, then in the ocean, causing Amber to get confused about her now two working relationships. Bukowski made a splash, starting off his time with ALL OF THE DRINKS instead of asking one of the girls out on his date. Dan and Amber talked about her date with Justin and Dan admitted that, while he likes her, there’s not a real connection there and even though his rose is on the line, he can’t pull a Joe and lead her on, making her kiiiiinda regret her date with Justin. When drunken Bukowski asked Tenley on a date and she said no, Joshua went and asked Bukowski if he could use the date card instead”since he’s obviously not going to make use of it.

And off Tenley and Joshua went on Bukowski’s date while he went to sleep it off. They spent their (Bukowski’s) date strolling through a market with a local celebrity chef and followed it up by having the chef cook a five-star meal for them. At the mansion, Dan decided that he wanted to explore things with”guess who?!”Samantha. During the cocktail party, Ashley I. and Jared had their first interaction in a week and Ashley I. presented him with a letter to express her feelings (we’re talking Rachel-styles”FRONT AND BACK), leaving him to ponder what and who he wants. Then Amber pulled Jared aside to say that she might want to give him her rose and would he accept it. When Amber told Ashley I. what happened, it of course became a thing, not to mention leaving Jared more confused than before when he was still dealing with his feelings for Kaitlyn. Dan was trying to wheel Samantha (while steering him away from Joe), but Joe interrupted their conversation for some quick kisses”essentially marking his territory. After a semi-awkward rose ceremony where Ashley I. got to dole out her rose to Jared first, and just when we thought Samantha was going to pick Joe, she gave her rose to Dan, sending Joe home instead. Samantha and Joe had it out with Samantha saying she sent him home over all of the drama that was around him and Joe brought up all of the text messages they exchanged prior to the show where she told him to do what it takes to get a rose”he even showed the camera those incriminating texts. Alas, lose one villain, keep another.

Ashley S. confronted Samantha, first expressing how beautiful she thought she was, but asked her point-blank how many of the guys she spoke to before the show. She didn’t answer, of course, but instead walked off and cried and stirred up more drama, duping Dan, as she’s done to many guys before him. When the rose ceremony was done, the group was met by the super-perky Chelsie from Juan Pablo’s season, armed with a date card. Carly immediately pulled her aside to give her the 411 on the couples in Paradise, craftily playing Chelsie towards Dan so that she can unknowingly steal him away from Samantha¦ You sly devil, Carly.

Episode 10: You know an episode is going to be good when it starts with Juelia getting stung by a jellyfish and Tenley peed on her. Chelsie and Dan were chatting each other up, but after kind of a weird conversation, Chelsie moved on to chatting to Nick”and asked him (meanwhile everyone was wishing for Samantha to head home). Apparently Ashley S. was heading back to crazytown, yelling at everyone, hence why Nick said yes to the date¦ to get away from her. Paradise was winding down, which meant it was time to shake things up and add some more people to the mix”starting with Mackenzie. Ashley I. gave him the lowdown (starting with saying she’s with Jared”smh) and see who she should use her date card on. Chelsie and Nick got on well enough, but it was hardly romantic, especially considering Nick was still hung up on Samantha”and wasn’t going down without a fight.

Mackenzie chatted up Justin, who is also a single parent, followed by Dan. Amber was still vying for a place with Justin, but Mackenzie asked him on her date, causing a bit of tension”even though Amber did the exact same thing just last night. And to shake things up even more, Jacyln the troublemaker walked in, literally to mess shit up. Mackenzie and Justin’s date escalated quickly when they had to strip down and were essentially a part of a Mexican marriage ritual. Poor little Mackenzie actually thought they were married¦ and Justin was obviously trying to avoid a stage-five clinger situation. Jaclyn wanted to set her claws into Jared with a serious DGAF attitude (and a face that definitely turned me off of contouring, plastic surgery and dark lipsticks) so in an effort to do some damage control, Ashley I. decided to request a date card from Chris Harrison”with the option for a fantasy suite. Jaclyn was just being an ass, even kinda mocking Jared a bit, even though she was trying to swoop in and steal him. Of course, once Ashley I. got her coveted date card (with the potential to lose her v-card), Jared couldn’t say no and the woman who still hasn’t figured out to apply bronzer (Jaclyn) was left to find someone else. Calling it: she ends up in tears.

Coming up roses: Kirk (from Carly), Tanner (from Jade), Joshua (from Tenley), Mikey (from Juelia), Nick (from Ashley S.), Jared (from Ashley I.), Justin (from Amber), Dan (from Samantha)

The Originals Episode 12 Recap: Dance Back from the Grave 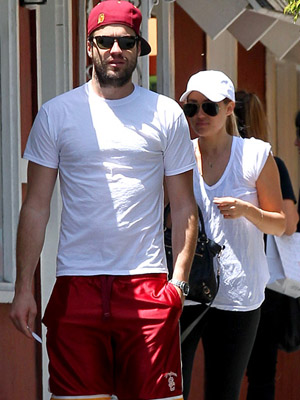