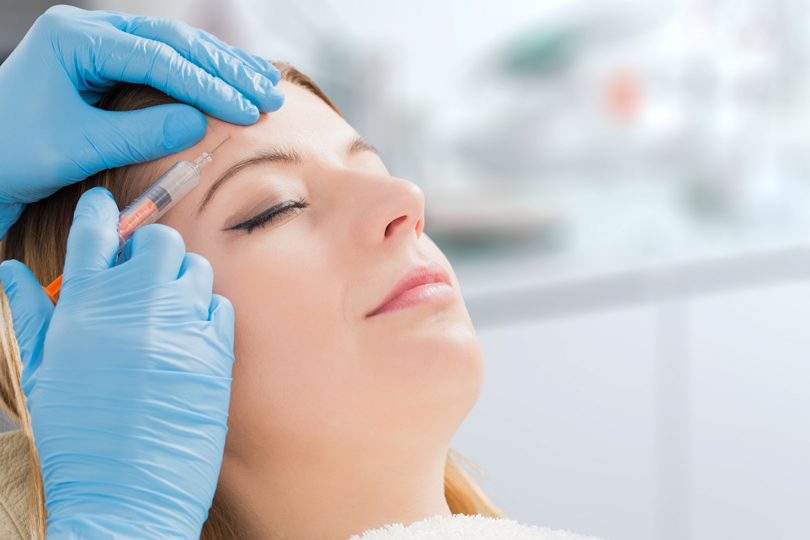 Whether you’re currently a Botox babe or not, chances are you may be weighing your wrinkle-busting options sooner than you thought. A new anti-aging injectable was just given the green light and will soon be giving users a new face-smoothing and fine line-freezing option.

Say hello to Jeuveau. This newb to the neurotoxin market is the first anti-aging injectable in 10 years and it’s anticipated to give Botox a run for its money. Literally. The Health Canada and FDA-approved treatment’s parent company Evolus rose almost 12 per cent on the stock market this week, while Allergan’s shares (the guardian of Botox), fell almost 4 per cent. And this is despite the ongoing he-said/she-said argument about Evolus stealing trade secrets (a.k.a: the freezing formula) from Allergan. So even though the International Trade Commission is still sorting things out, Jeuveau is approved and ready to remove your frown lines. And maybe even more importantly, it’s here to stay.

For those thinking, I’ll never swap my tried and true regime, well, Botox’s younger competitor may have you changing your tune. Rumour has it Jeuveau will cost between 20 to 25 per cent less than its predecessor. So when the flat rate for a unit of Botox is typically $10 and something like your 11s, for example, require around 20-40 units to smooth into oblivion the choice between paying $300 or $400 may have loyalists seesawing their decision. According to the American Society for Aesthetic Plastic Surgery, more than 1.5 million Botox jabs were taken in the US in 2018 with approximately 20 per cent on women under the age of 30. So check in with your favourite cosmetic dermatologist soon, chances are they’ll be featuring Jeuveau alongside Botox this spring, which gives you two months to decide if your frown lines are worth it.