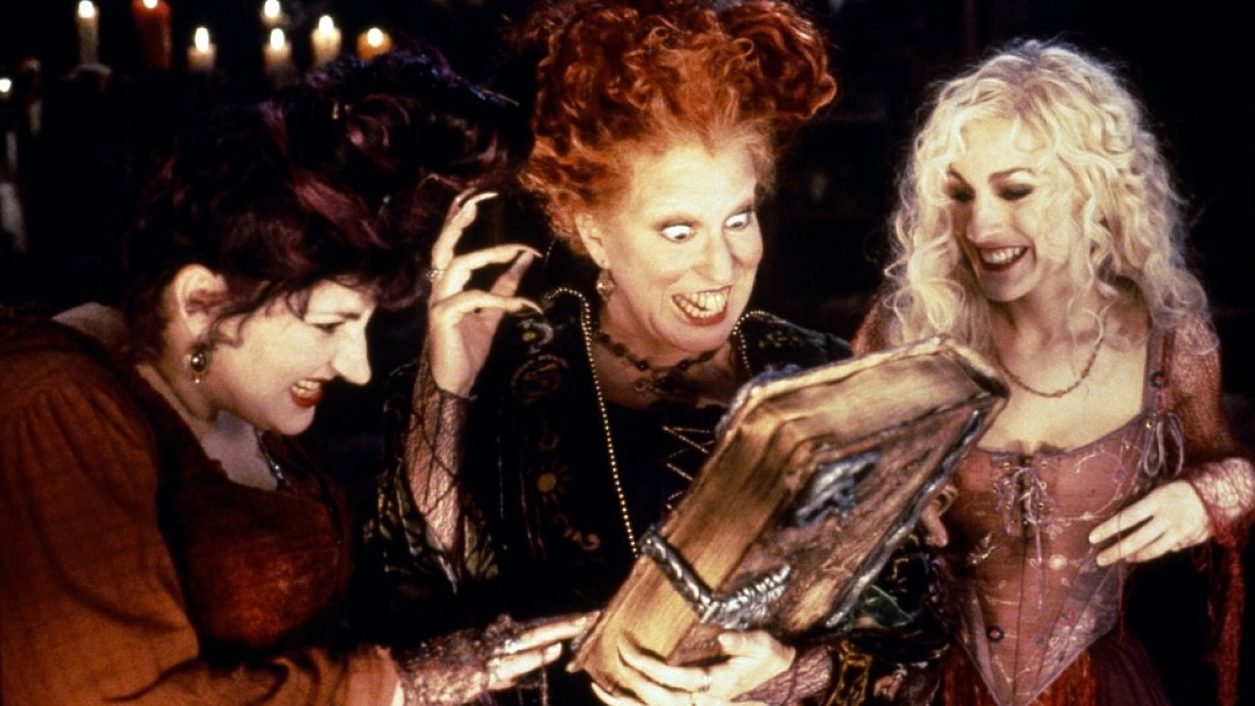 We love Halloween; seeing little kids in costumes saying Trick or Treat and eating candy from a gigantic bowl makes us feel all warm and fuzzy inside. However when it comes to the watching blood, guts and gore in horror movies, we turn in the biggest wimps. This Halloween we’re removing the scare factor and compiled a list of TV shows and movies you can watch that won’t make you scream. 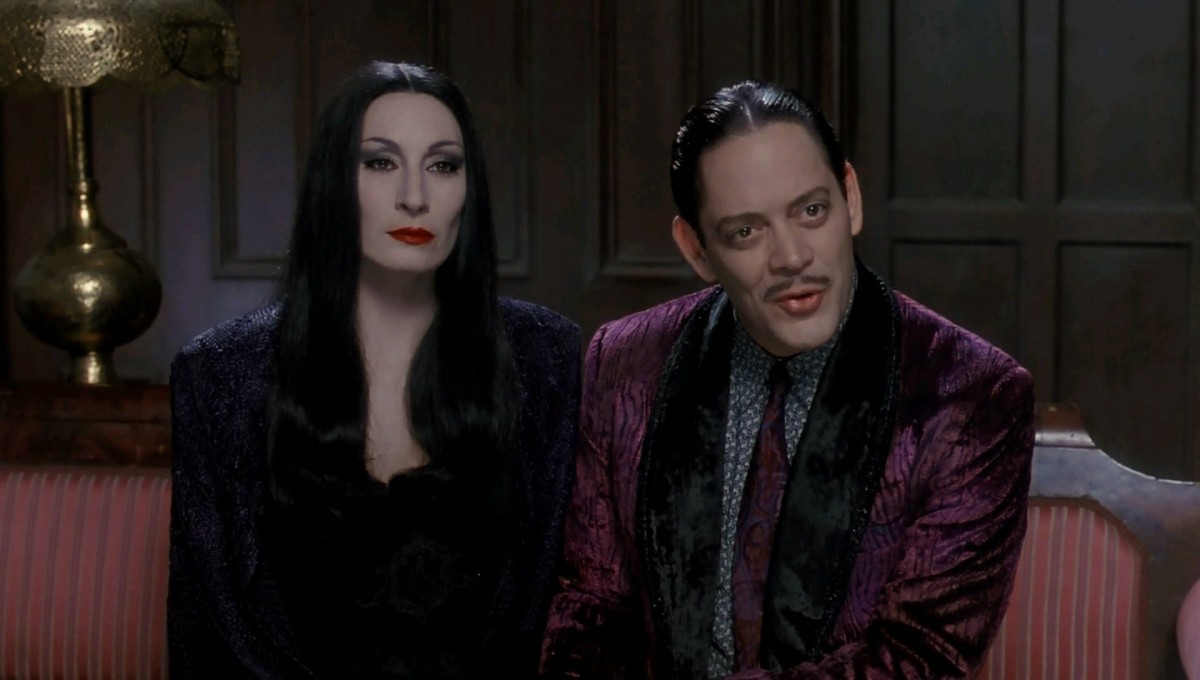 They’re creepy and they’re kooky, mysterious and spooky, they’re all together ooky The Addams family. Coming in at number one on our list is the ghoulish Addams family. Watching the antics Gomez, Morticia, Cousin Itt and the rest of the clan makes for a fun and safe nighttime film to watch. 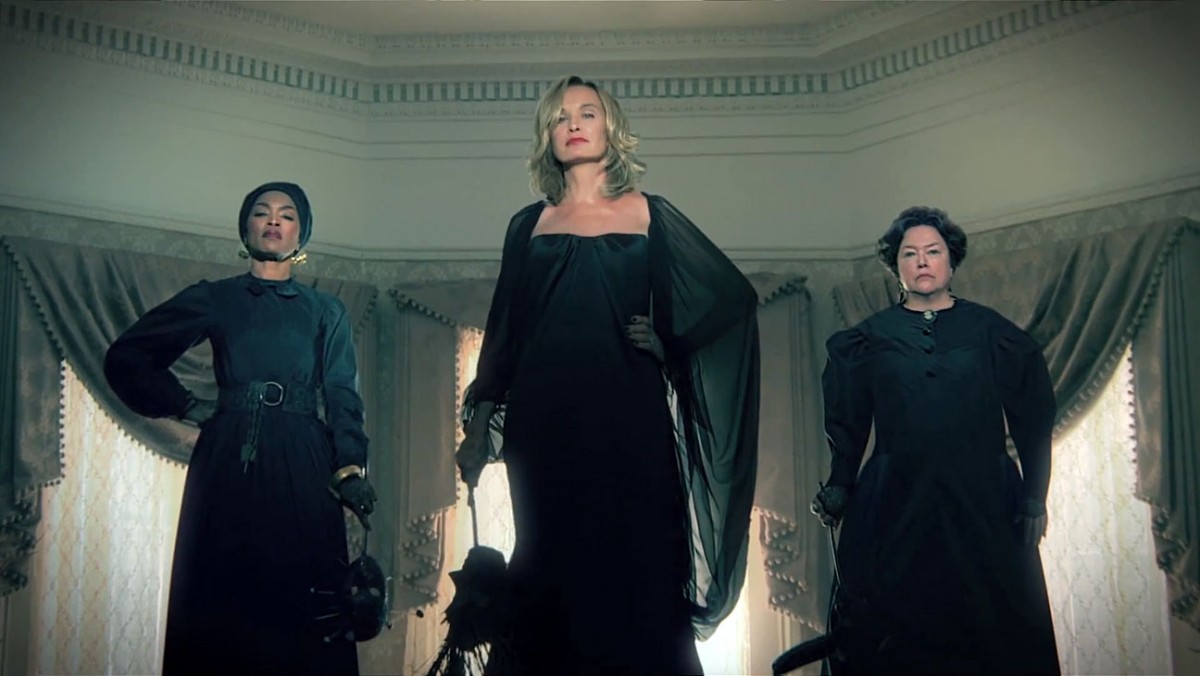 Don’t let the title of this hit TV show make you change the channel faster than a speeding bullet, American Horror Story contains spooky moments but balances it with humour, sarcasm and an amazing storyline that will get you hooked. Season three of the show is set in a witch’s coven in New Orleans and lead by the incomparable Jessica Lange. To say that these ladies are the baddest witches in town would be an understatement. 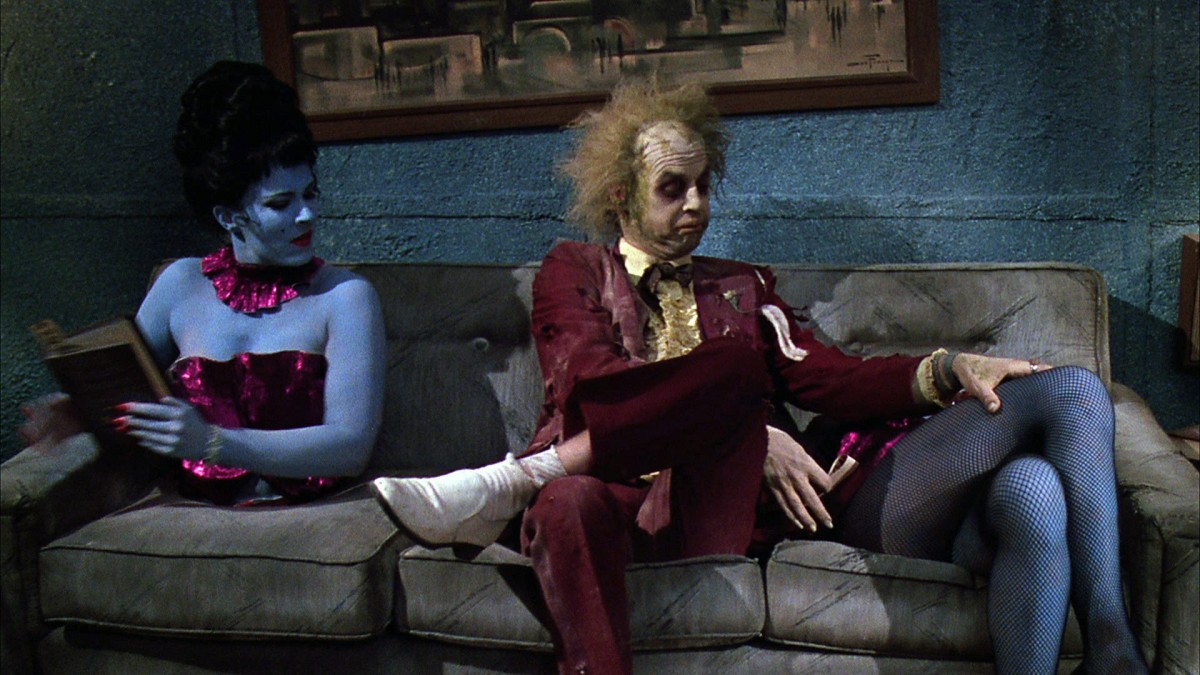 The costume, the special effects and a young Wionna Ryder (pre-shoplifting days) makes this comedic fantasy film a treat for any child of the 80s. Michael Keaton stars as the mischievous ghost Beetlejuice who wreaks havoc on a small New England town and the afterlives of Adam and Barbara Maitland. 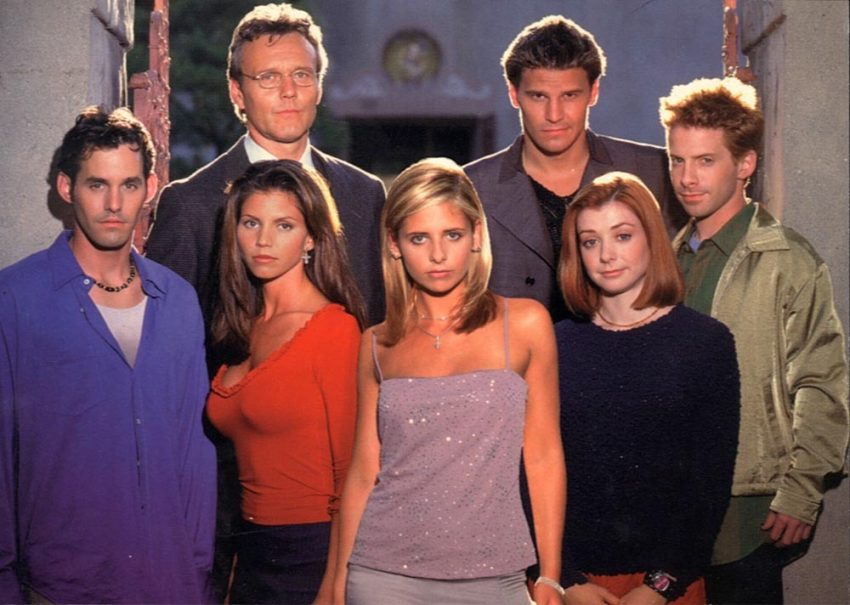 Vampires, demons, a Hellmouth and unrequited love with a vampire “ it’s all part of the everyday life of our favourite vampire slayer Buffy Summers. Sarah Michelle Geller kicked serious butt in all seven seasons of this cult TV show and we can’t think of a better way to spend Halloween evening than watching her turn vampires into dust. 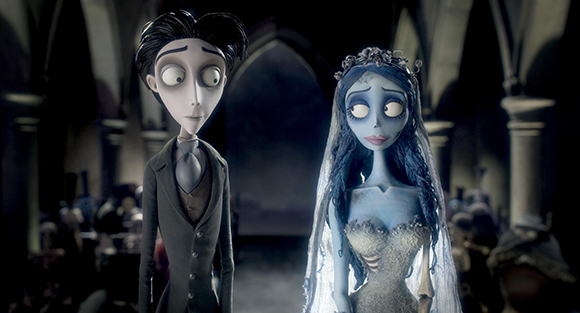 When you can’t find love in real life then you’ll likely find it in the after-life. Tim Burton’s animated movie of romance, passion, love and the undead is always a safe option for the wimpiest of wimps. 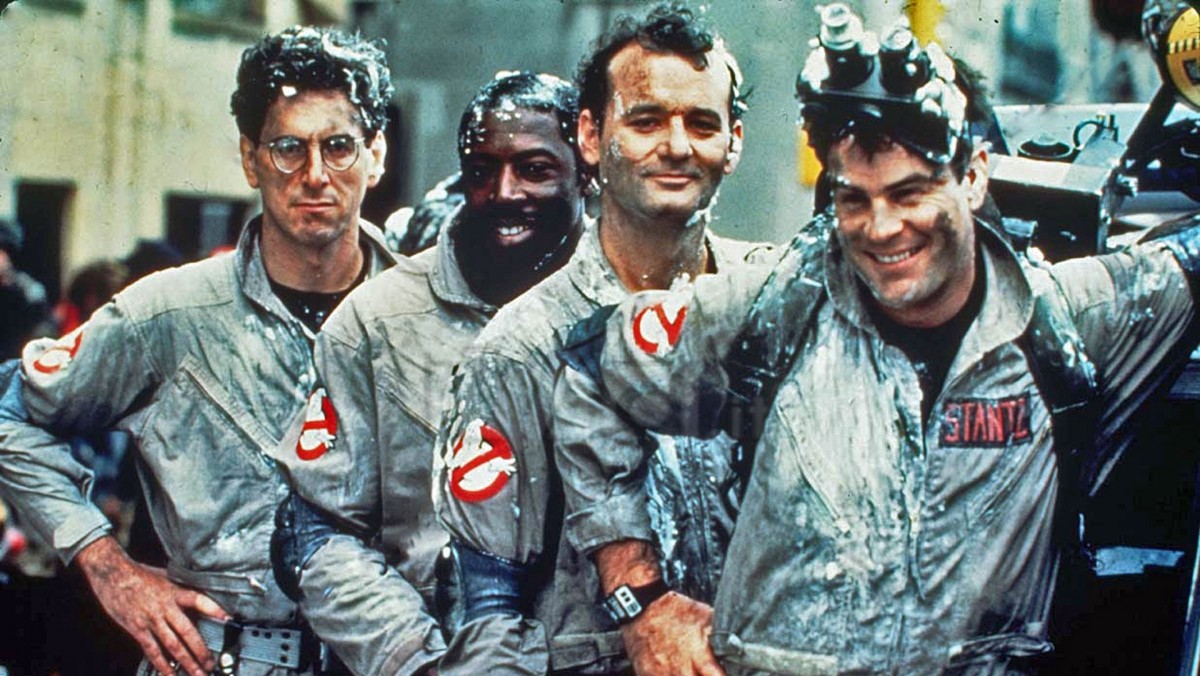 If there’s something strange in your neighbourhood, who you gonna call? Ghostbusters! An oldie but forever a goodie, Ghostbusters is celebrating its 30th year anniversary this year and this classic movie needs no explanation of why you should watch it on Halloween.

The Harry Potter films may not be categorized as Halloween appropriate, but if you think about the characters in the movie “ wizards, witches, spells and Death Eaters “ you’ll understand why we’ve included the films based on J.K. Rowling’s best-selling novels on this list; a little spooky but totally manageable. 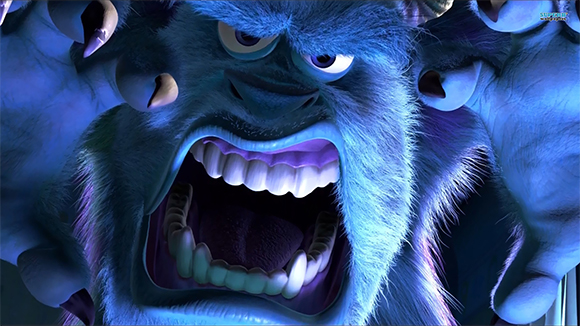 Not all monsters are created equal; the funny and loveable cast of characters from Pixar’s 2001 movie Monsters Inc. makes us wish these were the type of monsters hiding under our bed and in our closet when we were kids.

The Nightmare Before Christmas (1993) 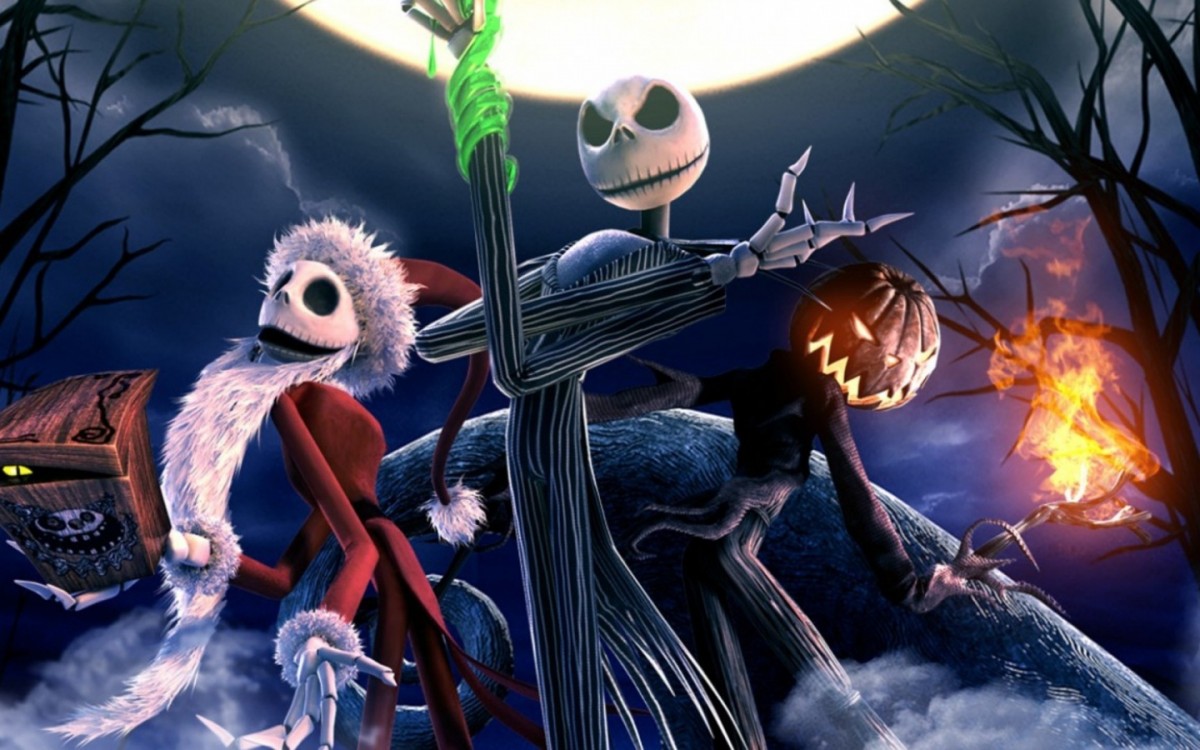 The third Tim Burton movie to grace our Halloween movie list is The Nightmare Before Christmas. We know after Halloween is done Christmas is just around the corner so why not combine two of our favourite holidays in one! 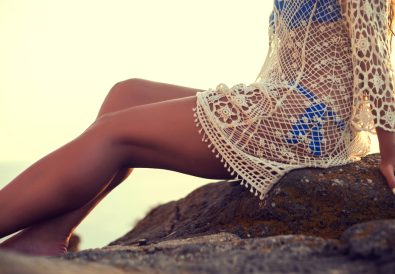 How to Cure the Post-Summer Blues 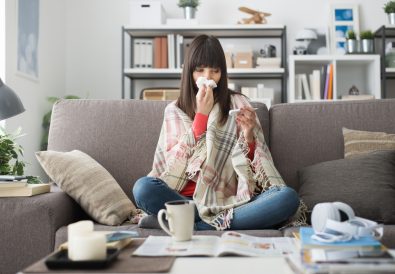 8 Natural Ways to Avoid Getting Sick This Winter

Rating Halloween Candy, According to Me, An Expert