Models Who Changed the Catwalk

While fashion models aren’t necessarily meant to be role models, many women (and men) have stood out from the pack of leggy coat hangers and made a name for themselves off the runway. They influence our style, they are the muse for fashion designers, they even marry rock stars, and some build veritable business empires based on their brand of their beauty. Here are some of the most influential models to date:

Kate Moss, standing at a height of 5’7” (short for modeling standards) is one of the most eponymous models in recent memory who’s still hard at work on international campaigns, catwalks and lucrative brand ambassador partnerships. Moss started her career at the ripe age of 16, and broke into the stratosphere with her doe-eyed, barely clothed campaign for Calvin Klein’s men’s fragrance, Obsession. It was a revolutionary ad because it pushed the envelope in many ways. It was a men’s fragrance, and instead of a handsome man, polo match or beautiful couple, a young woman was draped seductively on a couch. The ad also spawned the term “heroine chic” which was a huge trend in fashion and pop culture during the late 80s and into the 90s. While we can place blame on Kate for spawning the whole uber-skinny model physique, Moss continues to be the most versatile model around, even at 39, when many of her contemporaries have already hung up their stilettos.

A couple years ago, a Serbian-born, Australian model made international headlines with his gender-bending androgynous look. He walked in both Jean-Paul Gaultier’s and Marc Jacobs shows, and stole campaigns away from many female models. He even walked in Canadian designer, Pink Tartan’s show in Toronto. There is something beautiful and intriguing about Pejic’s look. With soft feminine features and angelic platinum hair, he can transform into a woman, yet at the turn of a hat, can revert back and show off his angular jawline and scowling face in an editorial.

Jerry Hall was one of the big “supers” of the 1970s. She lived the model lifestyle, partying at Studio 54, while making it in time to stomp on the runways of major designers and rooming with icons Grace Jones and illustrator Anthony Lopez. With her strawberry blonde hair, incredible body, and cool girl attitude, it was no surprise when she married one of the biggest rockstars, Mick Jagger. Hall still looks amazing, and even starred in an H&M campaign with her and Mick’s daughter, Georgia May. The young Jagger seems to be following in her mother’s footsteps with lucrative Rimmel and Madonna’s Material Girl campaigns. While you might claim nepotism for this one, Georgia May has an it-factor with her rockstar pedigree, huge eyes and charming gap-toothed grin.

Twiggy was an icon of the 1960s and her large doe eyes, long lashes and waif-like frame defined a look of the period. A complete reversal from the overtly curvaceous models of the previous decade, her new look was in line with the bold mod looks on the runway. Her look is often refrenced in current fashion editorials and campaigns. 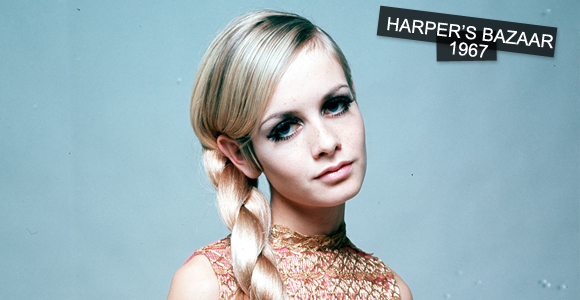 My father sat next to her on a plane once. Not much more to that story, but I still die every time. The famous supermodel has been on over 600 covers and hails from our home and native land. She once infamously said that she won’t get out of bed for less than $10,000 and is the muse of fashion photographer, Steven Meisel. Not bad.

Tyra Banks was a successful model who turned an idea for a reality show into a TV empire. While her successful talk show is no longer on the air, girls (and now boys) are still fighting to become America’s Next Top Model. Banks has made headlines for her weight, yet she still manages to keep it real, and in the recent past, pursued a business course at Harvard University, proving she has both beauty and brains.

Iman, hailing from Somalia is a model who changed the catwalk. She was the muse of Yves Saint Laurent, Donna Karan and Halston, and as a black woman, inspired many young girls and proved that beauty comes in all skin tones. To Iman, so does makeup, and in 1994, she launched a namesake line of cosmetics that will fit the skin tone of many women of colour. Iman has also gone on to work with numerous charities, including Children’s Defense Fund, Save the Children, and the Enough project. Married to glam rock superstar, David Bowie, the power couple is a fixture at many charitable events. 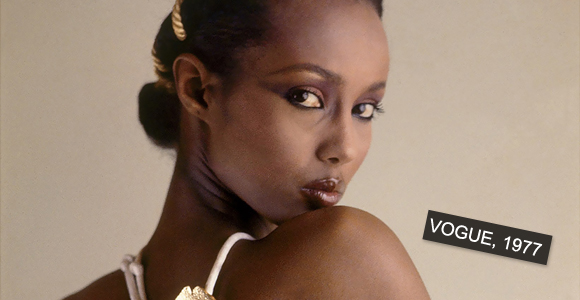 Another model that revolutionized the catwalk at the height of the 90s supermodel hierarchy was Naomi Campbell. With her rock-hard, yet feminine curvy body and perfect bone structure, Campbell was one of the most sought-after supermodels and paved the way for many black models to come. While Campbell got into trouble in 2000 and again in 2007 for harassing an assistant and a house-keeper in a phone-throwing incident, her bad girl attitude is trumped by her commanding presence on the runway. Her walk, with strong hips and a confident stance is almost the standard for anyone trying to emulate the “supermodel walk.”

Crystal Renn has received flak for her fluctuating weight, but her unapologetic and realistic take on her varying dress size makes her more accessible and real. Renn was a plus size model, who was featured in Jean Paul Gaultier and Dior’s couture collections, and praised for her curvaceous figure, combined with dark hair and alabaster skin. People criticized her when she lost weight, but she explained that she was exercising and embracing a healthier lifestyle. She even wrote a book, Hungry: A Young Model's Story of Appetite, Ambition and the Ultimate Embrace of Curves detailing her experiences as a model. Many models get pressured by agent’s demands, yet she proves that beauty is what books jobs in the end.

While Kate Upton might not be considered a supermodel, with three consecutive Sports Illustrated covers under her belt, AND an American Vogue cover and editorial issue, she has achieved more as a 20-year-old than most super models achieve in their entire careers. Love her or hate her, her beautiful curves and luscious blonde locks make her America’s sweetheart. She is also an avid horseback rider and sports enthusiast, bringing her down to earth with the rest of us.

This list wouldn’t be complete without Cindy Crawford’s appearance. The supermodel is known for her trademark mole and spots in notorious Pepsi commercials. Her athletic and lean body, as well as her charming personality catapulted her to iconic supermodel status. Plus, she's gone on to become quite the business woman. Her beauty line Meaningful Beauty and furniture line, The Cindy Crawford Home Collection, are both huge successes. 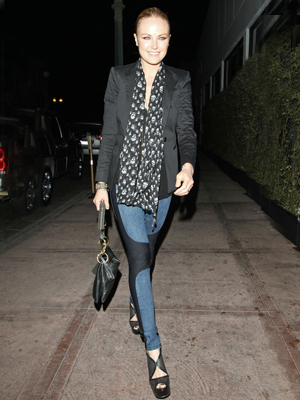 Denim vs Jeggings: Which do you prefer? 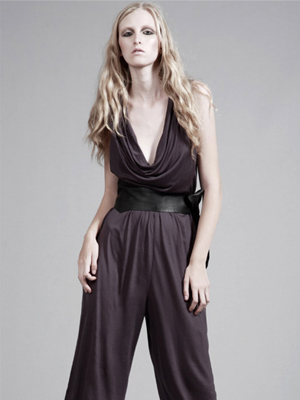 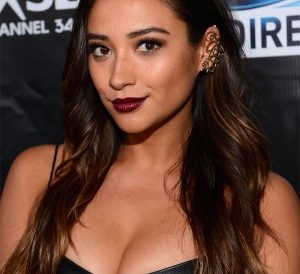