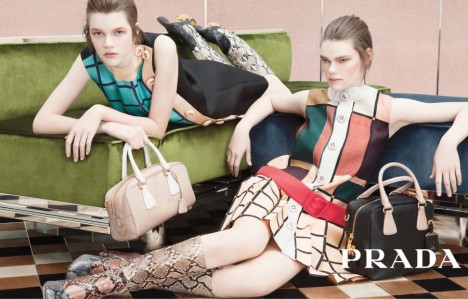 Last season we took a look at the best designer ad campaigns for spring/summer 2011. Now here’s a first look at the beautiful ads that you will be seeing in the September issues of all of your favourite fashion magazines. This batch of ads are just as captivating and stunning as last seasons, with rich colours and textures. Some are similar in style to last season’s, and some are completely new and different. Check out these top six!

Though the colours of the clothing are equally as bright as last seasons, the style of photography is quite a bit softer. The quality is foggy, which complements the relaxed poses of the models and their somber facial expressions. The ads feature geometric shapes to complement the patterns on the clothing. Overall, this campaign is not as stark as last season’s, but equally beautiful and eye-catching.

When Karl finds something that works, he sticks to it. Freja Beha Erichsen is the face of Chanel womenswear for yet another season. Last season we saw her looking soft and elegant, sitting on bench in a garden. This season, we see her sitting in a photo booth in a variety of poses. We see her wearing beautiful couture fashion, facemasks, a cat suit, and even a smile (which is rarely seen on models). The ads are totally fresh and exciting. 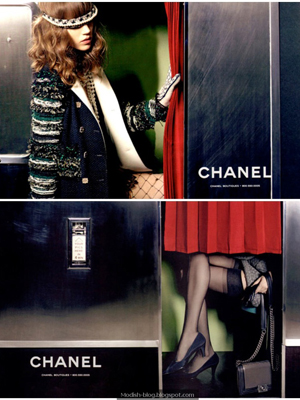 Sarah Burton went with a similar vision to last season’s campaign. A statuesque model, in elegant fashion, standing out amongst an intricate and scenic background. When flipping through a magazine, it would be hard not to stop and stare at this image. Model Raquel Zimmermann may look as if she is standing at the gates of Mordor, under the power of The Ring, but it absolutely works. 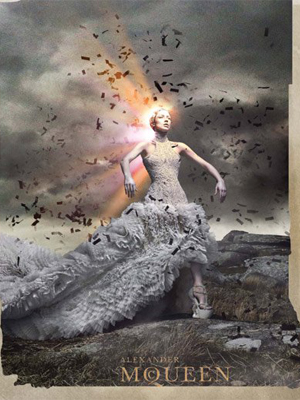 Proenza probably underwent the most extreme transformation in the style of their ad campaign. Last season’s ads were pale, with an eerie feel; while this season is bright and vibrant, yet still possess the same simplicity. Bright geometric shapes and colours outline the model that is dressed simply and standing straight. It’s will be interesting to see how well this concept is received. 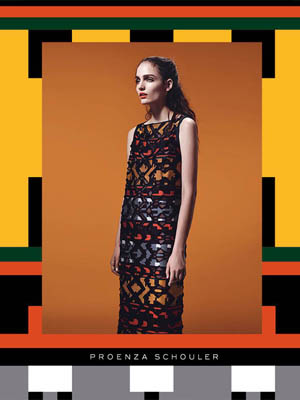 Mulberry’s ads have the same feel as last season. A cluttered backdrop with eclectic furniture. The set design is phenomenal. The clothes in this campaign are the epitome of fall fashion; heavy layers, bulky scarves, high socks and of course their most popular bag “ the Alexa. 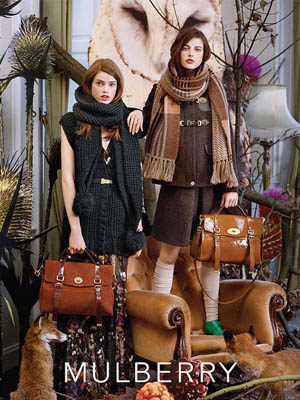 This season’s ads feature a lot of white space, the simple YSL logo, and a beautiful model sprawled across a window seat and a city view. There is a soft filter that produces a hazy look. Model Raquel Zimmerman (a hot commodity this season) might look half asleep, but draped in YSL she still looks lovely and elegant and contrasting to the urban backdrop. 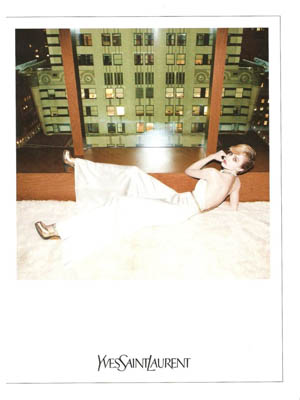 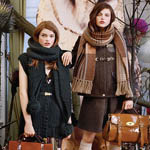 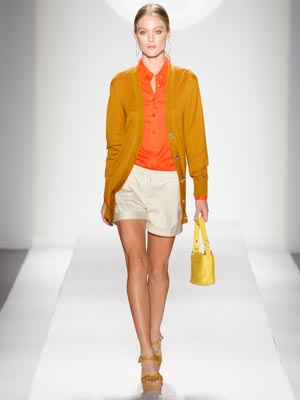 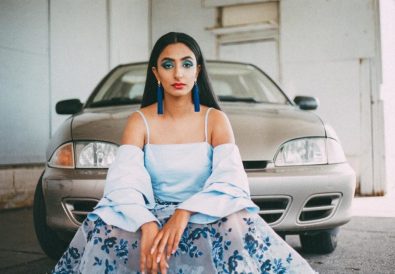