by Kyle Williamson
Style
No comments

Portuguese footballer Cristiano Ronaldo has launched his new spring/summer 2015 underwear collection in time for his 30th birthday. Ronaldo launched his brand CR7 (the name comes from his initials and jersey number) in 2006 and in 2013 partnered with Danish company JBS Textile Group and New York fashion designer Richard Chai to create his own line of men’s underwear. CR7 additionally offers premium shirts and footwear.

The Real Madrid player is fit and obviously isn’t camera shy, so we can’t imagine it was too difficult for fashion photographer Rankin to make Ronaldo look this good.

This isn’t his first time stripping down for an underwear shoot. Besides being the face of his own line, the soccer player was the face of Armani underwear in 2010.

Ronaldo is unquestionably incredible (if not the best) at what he does, and is ranked the top paid professional footballer in the world, earning a measly $80 million a year. 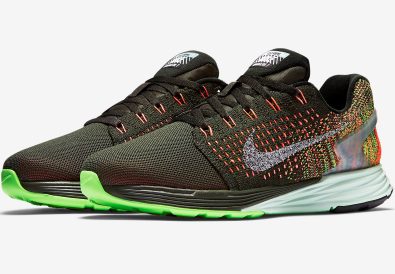 How To Make the Top Spring 2011 Trends Your Own

Cute Workout Gear for the Gym