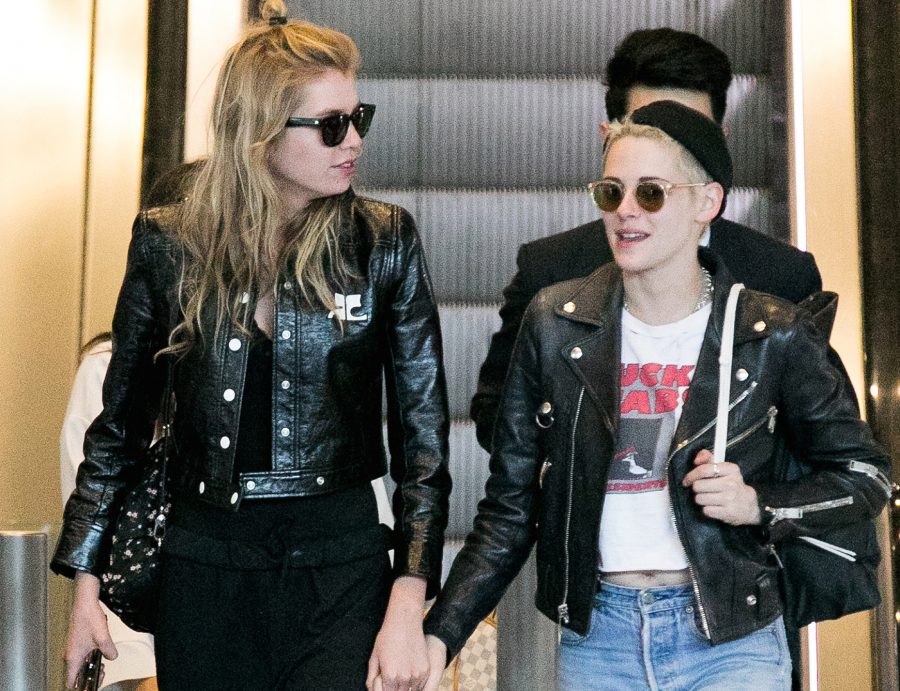 “What are your thoughts on online dating? is the most popular question I get. And I get it: the online dating world can be curious and hard to navigate, and for every match made, we hear a handful of dating-app fails. Parody accounts like @TinderNightmares exist and have such a large following (1.8 million followers at time of press) for a reason: We’ve all been there.

And yet, despite all these #tindernightmares and fails, my response is always the same: online dating acts as a bonus to the IRL situations you put yourself in. I don’t think anyone who’s looking to find a match should solely try to find a potential partner online; they should be going out, saying yes to plans and opportunities, while also checking in on dating apps on their phones. I mean, it just means more options other than those right in your day-to-day sphere. The more options, the more chances you can find a match.

So when I recently discovered Bella Thorne (thank you Scott Disick/TMZ!) and followed her social channels, I was impressed and encouraged by her sexual fluidity. As Vice’s Tonic points out, the term sexual fluidity first became popular after the publication of the book Sexual Fluidity: Understanding Women’s Love and Desire by psychologist Lisa Diamond. It posits that a person’s attractions, and their sexual identities, can change over time. This is becoming more common, and is not as black and white as dating orientation used to be. Those who are sexually fluid can be heterosexual, gay, lesbian, and bisexual all at different points in their lives. 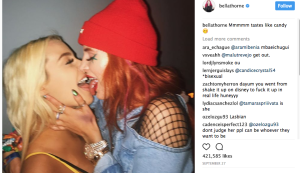 Thorne, who came out as bisexual in 2016, has been known to post Insta stories and pics of her making out with both men and women, who most recently have included her much reported make-out session with YouTuber Tana Mongeau, and her new boyfriend Rapper Mod Sun. I always tune in to her feed and love how open she is with sharing her sexuality and her life. A look back into the life and loves of Bella Thorne in 2017 shows a love-stoned lady who jumps from relationship to relationship, from man to man, to woman, to man and back again. She owns it. As she should.

Because there is no shame in being a sexual being.

There’s no problem with having chemistry with men and/or women and acting on it.

I mean let’s keep in mind here that Thorne just turned 20 years old. That changes things too. She’s doing what 20 year olds should be doing (and then some!). She’s living her truth and doing so with gusto.

Contrary to popular belief — (see: this season’s KUWTK episodes that have the sisters trashing Thorne ad nauseum) — Thorne’s availability and fluidity puts her in a role model status of sorts to those of us who are into both men and women. It helps those of us who stay single for a while after a break up out of fear of offending our exes or looking desperate and needy (sexually and otherwise). For fear of what people might say about us, and how we come off to others.

Thorne helps shatter that taboo. One that really shouldn’t exist.

Here we have a famous person who isn’t hiding what she’s doing and who she’s doing it with. She’s showing us there’s no shame in being sexually fluid. And by doing so, she and others who follow suit are opening up more doors for themselves, and for others in the process.

A huge part of not getting dates with people is that you’re not putting yourself out there. You can be out at a bar, and on a dating app, but someone may not know what team you play for, or that you’re open to dating both men and women. And so, they hold back and you both miss out on an opportunity. The sex of the type of partner you’re interested in doesn’t define you. It’s how you handle it that does.

If you only make proclamations about male crushes, when in fact you’re interested in both sexes, then you’re doing yourself a disservice.

Go up to that hot girl who caught your eye at an event. Send a DM to your Insta girl-crush and feel it out. Girl, we’re nearing the end of the year of 2017 (thank the lord!) and if you can’t just do you, and be you, then start educating yourself and opening your eyes to realize that the more authentic you are, the more happiness you can bring into your life.

The taboo need not exist. Follow your gut without finding the need to analyze it and define what it means to be fluid with your sexual orientation or what it means to be too sexual. The options are endless. Remove the judgment you may place on yourself and live and let live. Amen.