How to Talk to a Man 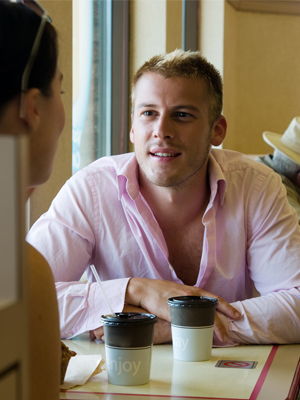 Alright, enough with letting that looker slip away simply because you can’t muster the courage to approach him. But even if you did, what would you say?

How do you talk to a man once you get past hello? It may seen scary and but it’s actually quite simple, so don’t complicate it. You really don’t have much to lose except for a few minutes if he’s not into talking, and everything “ including a phone number “ to gain.

Follow these steps for how to talk to a man and you’ll be stopping them on the street in no time.

Just do it already

Many men will readily admit they’d love to be relieved of the pressure to approach a woman and have her make the first move instead. Make eye contact and smile “ if you feel encouraged, walk over to him.

When you’re the one to approach, it screams self-assurance. Remember to embody the whole picture of being cool and collected: shoulders back, head up and keep smiling.

Maybe you pass him the cream for his coffee when you’re both stirring in the sugar. Or maybe you stop him in the bookstore to ask about the magazine he’s leafing through. It’s easy to base your first words around something you have in common, whether it’s stopping for a caffeine fix or shopping for a new book.

Asking him a question is a good way to engage him and show him you’re interested and not just being polite. By his answer and his body language you’ll be able to better gauge if the interest is mutual.

Pay him a compliment

Men are just as much suckers for flattery as women are, so if conversation is flowing nicely, don’t be afraid to pay him a compliment. Keep it cool and casual, of course.

Try commenting on something obvious, like: ˜Great scarf “ where did you get it?’ or ˜You have to be super smart to appreciate the content in that magazine.’ You can’t go wrong with sweet words like this. And if he thought you were only being kind to start, he’ll begin to get the picture that you’re really interested now, which will only encourage him to keep the conversation going.

See it from his perspective

Guys face a lot of pressure to make the first move “ they risk outright rejection, being thought creepy or uncool. Now consider this: you’ve taken the initiative to approach him, you’ve smiled, started a conversation and even complimented him. He’s likely feeling pretty good about himself. And you did that “ mission accomplished.

He might really be there to quietly drink coffee or catch up on his reading, so don’t totally crash his alone time. You’ve sent the message that you’re into him, so make a graceful exit before overstaying your welcome. Let him know you’d like to accidentally bump into him at this spot again, or, if you’re feeling bold, ask him if he’s into deliberately arranging a meeting next time. This is the most nerve-wracking part “ do you exchange numbers or not? You’ve taken some good steps, let the rest evolve naturally.

What’s your no-fail way to approach a guy who looks interesting?

– How to Make the First Move

– Ways a Dog Can Help You Meet a New Man

Tags: approach him, how to meet men, how to talk to a man, make the first move 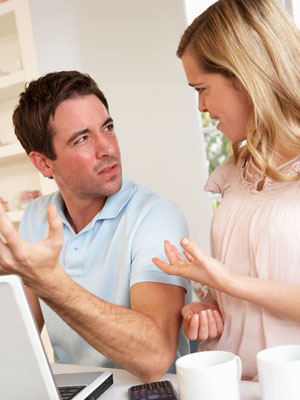 How to Stop a Fight Before it Goes Too Far 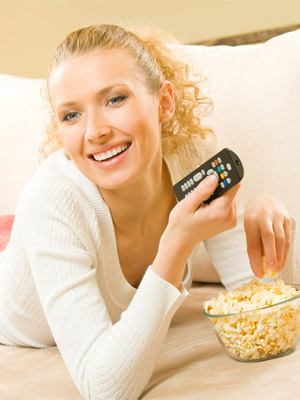 A Handy Flowchart for Dating Co-Workers