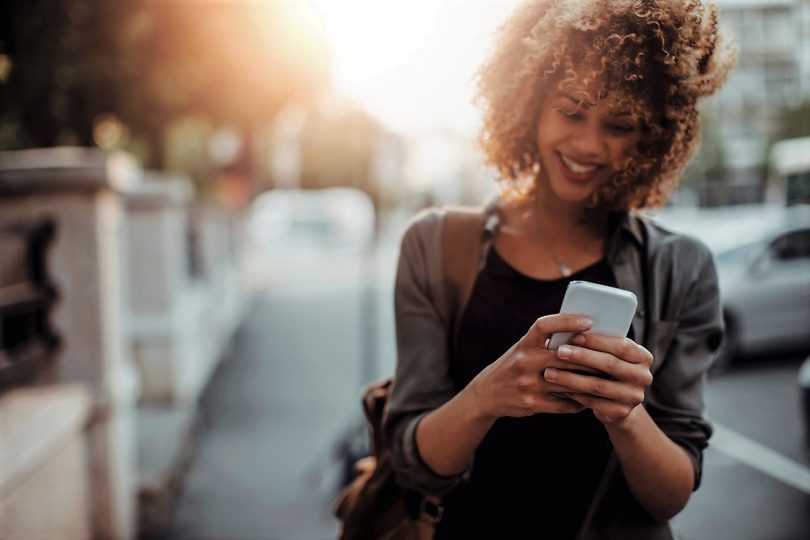 I befriended my girl crush on social media and we’ve never met in real life. This might sound really weird and different, if it weren’t so goddamn common. I mean, even Cheryl Strayed (!) posted on her Instagram a couple of weeks ago that she finally got to meet her long-time friend the Elizabeth Gilbert (of Eat, Pray, Love fame) who she had developed a friendship with over the internet.

Thanks to social media, anyone and everyone is so easily  available to us. And not only available, but — the way we can continue to connect via DM, PM (or whatever your method of choice is) — makes it cheap, and accessible at any hour of the day. This allows us to consistently keep in touch the same way we would with any other friend or family member, further establishing a bond. More than that, we can now feel closer to others than ever before, since we can watch their day-to-day happenings thanks to Instagram stories, Snapchats and the like.

Which is why it’s no surprise that my online girl crush basically turned into my bestie/therapist/pen pal, albeit at a distance. A whole pond of a distance, at that.

I first noticed her on Twitter after a comedian I followed liked a handful of her witty and tenacious tweets, which then appeared on my feed. I started to do what we all do when we see a post or person that catches our attention: I spent the following handful of hours diving into the deep abyss of her Twitter feed, reading her well-written, laugh out loud, overly relatable tweets. I was so into her psyche by the time I was through, I started following her at a distance. (I legit felt if I actually ˜followed’ her she’d know I just spent hours all up in her shit and was so motivated by what she was saying!)

It wasn’t until she posted something about relationships and relationship advice for a piece she was working on, that I finally made myself known. I clicked the follow button and oh-so-smoothly slid into her DM’s. I introduced myself and was surprised that “ when she immediately responded “ she knew who I was.

Turns out she was living in LA at the time, but used to live in London, England, where a guy I once dated (he was a touring musician and I met him when his band was in Toronto for a sold-out show) had talked to her about me. Small world. From that, we started talking about him, her estranged friendship with him, my relationship with him, etc. etc., and from that sort of honest/vulnerable talk, we continued to connect and bond in a deeper way over time.

She’s now back in London, it’s been two years since we met online, and our friendship has only grown. Just last week I was anxiety-ridden. I had told a friend I’d show up at their birthday at a bar about an hour away from my place and was just mentally drained that evening. It was a long day and I spent the entire evening in my head guilting myself for having to bail, and got so caught up with the idea of letting a good friend down I worked myself into an hour-long anxiety attack. As it came up, I messaged Mel and she helped me through my anxiety. She doesn’t know my friends, or our unreliable Toronto transit, but she does know that a friend would understand that I couldn’t make it because of the distance, etc., to get there and to be on with her crew while I was feeling really off. She reminded me in that moment that my company would likely be preferred if I was up for being present, and she gave me some hands-on tips to help me cope with the anxiety. And yeah sure, I’m now chatting about it with all of you, but in those moments, it’s hard for me to share with friends and family I see all the time.

Let’s face it: as we get older, it’s harder to make new friends. People have already established their cliques. And I mean, sure, there are the friends we make through proximity (going to the same events, same gym or fitness classes, live in our community, are regulars at our chosen café©) but these friends act as mere acquaintances, ones that have no real connection to us other than our shared interest. Which is well and good, but a deep-rooted, confessional-based friendship that often does not make.

But you know those bad-ass, boss-babe women you see on your feeds who spout gospel as if you penned it yourself? Whose tweets and posts have you nodding your head in agreement? Who share similar thoughts and feelings on things happening in the world, or about mental health, or about dating, relationships, family, travel and the like.

It’s by reading up their presented opinions that allow you to see what they’re really like. You might laugh out loud at their humour. And you might read all the way back into the abyss of their feed, where you find yourself in November 2013 as you realize, hey maybe I should drop them a line and tell them how much I adore every goddamn thing they say. And to that I say do it! Slide into someone’s DMs just like yours truly did and just go for it. We are the company we keep, even if from afar. The worst that can happen is they don’t respond and well then, so what? You tried. You did your best. And if that’s the case, perhaps it wasn’t meant to be. But if they do just so happen to respond, and you happen to click, your life through a sisterhood just might be forever changed.