15 Types of Casual Sex for Commitment-Phobes

by Zakiya Kassam
Relationships
No comments

Not into the relationship thing? That’s totally fine. Whether you just got out of a serious relationship or are just really enjoying Tinder shopping, there’s no rule that says that you need to be exclusive with anyone. In fact, enjoy it now and don’t let any of your attached friends tell you otherwise. What comes with being free and clear? Casual sex, of course. Here are 15 types of casual sex that you’ve definitely done (hey, us too), ranked on a scale from super to mildly fearful of committing (so you can spot the signs and avoid over-committing, of course).

1. Casual sex only after running into each other completely unplanned, after 10:00 pm, inebriated. Like at an underground rave or on the subway or at Subway.

2. Casual sex only on the weekends and only after two to three drinks. The deed must be done before daylight and there absolutely must be some hesitance and apprehension from both parties prior, in order to maintain the crucial illusion that, “You really don’t do this often.”

4. Planned casual sex only at places that neither person resides in. Again, the deed must be done before daylight and hesitance prior is encouraged but no longer mandatory.

5. Planned casual sex only at one party’s place of residence. The other party could be homeless or live in an ice cream truck with several roommates (truck-mates?) and it would not make a difference.

6. Planned casual sex alternating between both parties’ residences. The expectation at this stage is clean sheets and the availability of more than one pillow.

8. Sober planned casual sex followed by accidental sleepovers. The visiting party must wake up abruptly at some point in the morning and mutter some variation of the words, “My bad, I fell asleep.” They must then vacate the premise without using the bathroom.

9. Sober planned casual sex followed by on-purpose sleepovers. In the morning, the visiting party may ask for a toothbrush, but only if they are heading directly to work or a family brunch of some sort. It’s preferable to maintain the illusion that neither party is afflicted by morning breath or halitosis. Because, mystery.

10. Sober planned casual sex and on-purpose sleepovers where the hosting party offers to make coffee the next day. The visiting party politely declines the coffee but appreciates the offer to extend their time together.

11. Sober casual sex and on-purpose sleepovers where the hosting party offers to make coffee the next day. The visiting party accepts the coffee and the awkward small talk that accompanies it. Both parties may or may not leave the encounter thinking, “Perhaps this thing has legs.”

12. Sober planned casual sex and texting. But the texts must have decipherable purpose and culturally relevant. For instance: “Oh man, did you catch SNL last night? Kate MacKinnon’s JB impression is hilarious!”

13. Sober planned casual sex and consistent texting. It is now permissible to text: “I am so bored in class rn. Should I leave and get a burrito?” If the receiving party does not answer the text, no matter how aimless, the sending party reserves the right to take it personally; (the extent and length of their upset remains at angered party’s discretion).

14. Sober planned casual sex and the very rare date-like hangout. Examples of date-like hangouts include: underground rave concerts where it is too dark for anyone to recognize the two of you together or an order-in sushi date. At this point it’s suitable to talk about your feelings, but only after two to three drinks and only in spurts of four to five minutes. 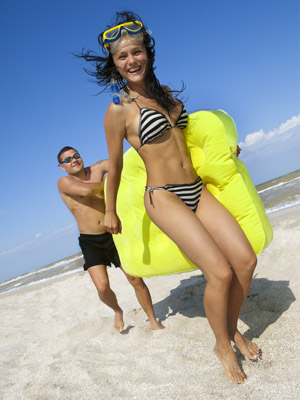 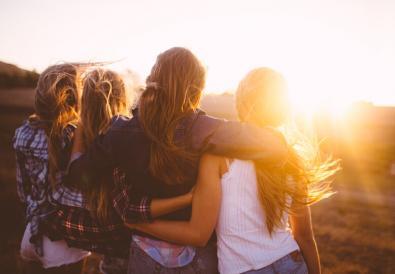