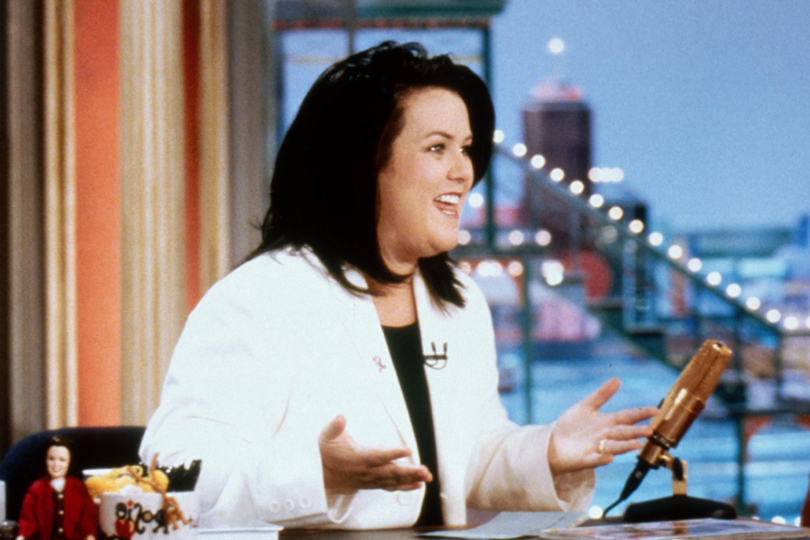 On May 22, 2002, after a wildly successful six-season run, Rosie O’Donnell officially signed off on her Emmy award-winning afternoon talk show. The fitting final scene? Tom Cruise, Rosie’s longtime superstar crush, mowing the daytime darling’s lawn. It’s been 20 years since Rosie bid farewell and with her unofficial successor, Ellen DeGeneres, about to close the curtain on her own long-running talk show, it’s got us feeling nostalgic for the days where “The Queen of Nice” dominated the daytime dial.

Premiering on June 10th, 1999, The Rosie O’Donnell Show was a departure for its eponymous host who had mostly been known as a standup comic and actor in films like Sleepless in Seattle, The Flintstones, and of course, the iconic A League of Their Own. After adopting her first son Parker, Rosie was looking for a New York-based job that offered her more stability and a regular, dependable schedule. While Oprah may have reigned supreme, the rest of the late ’90s talk show landscape, populated by figures like Ricki Lake, Jenny Jones, Maury Povich, and Jerry Springer, was decidedly less uplifting. 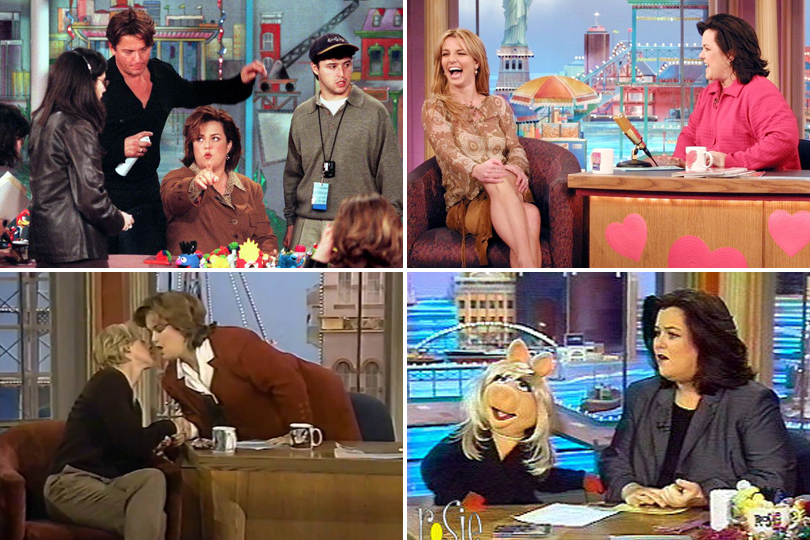 Part variety show, part late night talk show, and part game show, The Rosie O’Donnell Show was unlike anything daytime had ever seen. And Rosie was unlike any host daytime had ever seen. Unabashedly exuberant, disarmingly earnest, and an unapologetic superfan of so many things, Rosie was a breath of fresh air. She didn’t care about appearing “cool” and she made us feel okay for loving our favourite movie stars, singers, or other pop culture figures with unbridled enthusiasm. There’s no denying her brazen love of Broadway had a hugely positive impact on The Great White Way, exposing people all over North America to productions they may have never been aware of otherwise. In fact, in 2020 when Broadway went dark during the early days of Covid, Rosie staged a one-time only online revival of her daytime show to raise money for The Actors Fund. Featuring countless Broadway stars, the stunt brought in more than half a million dollars. 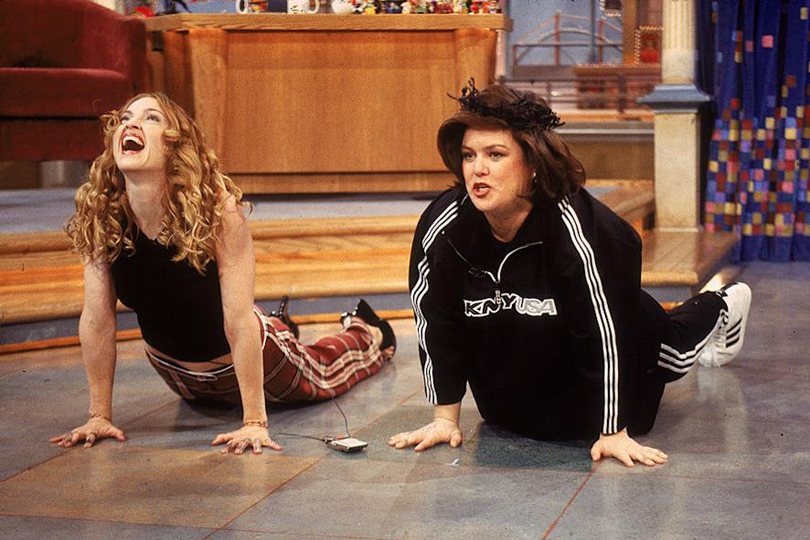 Before “going viral” was a thing and when you had to actually catch something live (or recorded on your VCR – Google it, kids) Rosie’s show provided countless “water cooler” moments. And unlike sketches and skits with hosts like Jimmy Fallon or James Corden that, while entertaining, feel staged or specifically designed to go viral, the moments on The Rosie O’Donnell Show felt authentic and real. Every time Madonna stopped by was an absolute must-watch. Whether Madge was teaching Rosie how to do yoga, or they were playing a rousing game of “Mo or Ro?” the chemistry between these two friends was palpable and infectious. 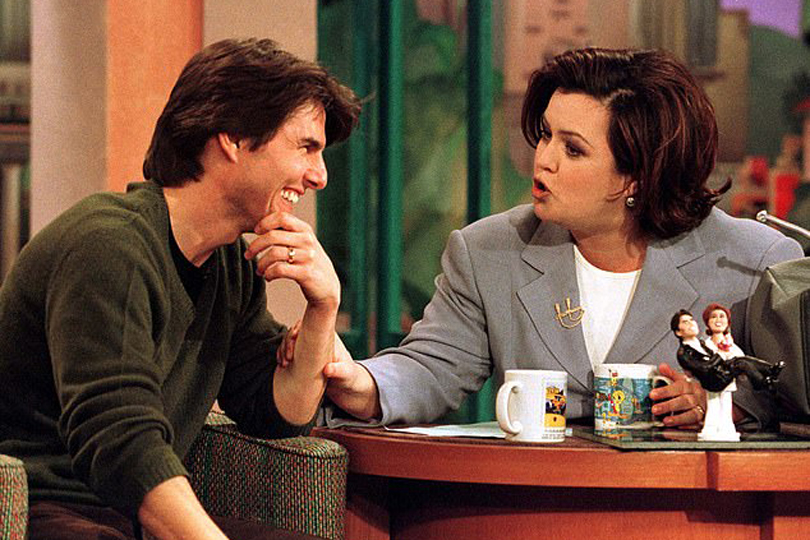 And of course, who could forget when after weeks of buildup, Rosie finally welcomed her beloved Tom Cruise (“Tommy can you hear me?) onto the show? It was true must-see TV. As was when Rosie hosted her idol Barbra Streisand, breaking down in tears as the legend walked onto the set – a set that had been flipped around to accommodate Babs’ “good side.” Rosie’s excitement burst through the screen into everyone’s living rooms.

And long before her beloved Tom Cruise faced off against a “glib” Matt Lauer  about psychiatry on The Today Show, Rosie was facing off against Magnum PI about gun control. In May of 1999, just weeks after the brutal and tragic Columbine massacre, Tom Selleck, a proud and longtime member of the National Rifle Association appeared on The Rosie O’Donnell Show to promote his latest film and it wasn’t long before the two were embattled in a heated debate about the second amendment. A frustrated Tom ended up declaring, “I didn’t come on your show to have a debate. I came on your show to plug a movie.” The exchange was a stark departure for Rosie whose show had always been a safe haven for celebrities and their latest projects, but it was a moment that felt real and authentic, as awkward as it was.

There’s no denying daytime shows like The Ellen Degeneres Show, The Kelly Clarkson Show and The Drew Barrymore Show would not exist had Rosie not come before them. While Ellen bids farewell at the end of this month to her talk show after 19 seasons, she goes out on a low note amid accusations of the show being a toxic workplace. Rosie went out on a high note, leaving us wanting more seasons, or at least one more Koosh ball. 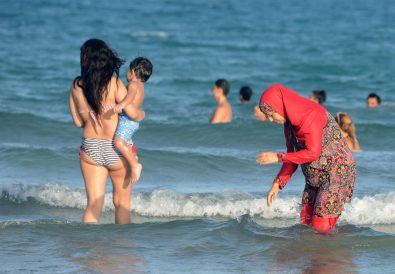 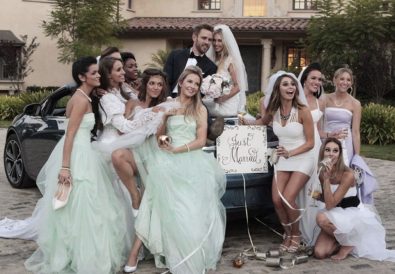