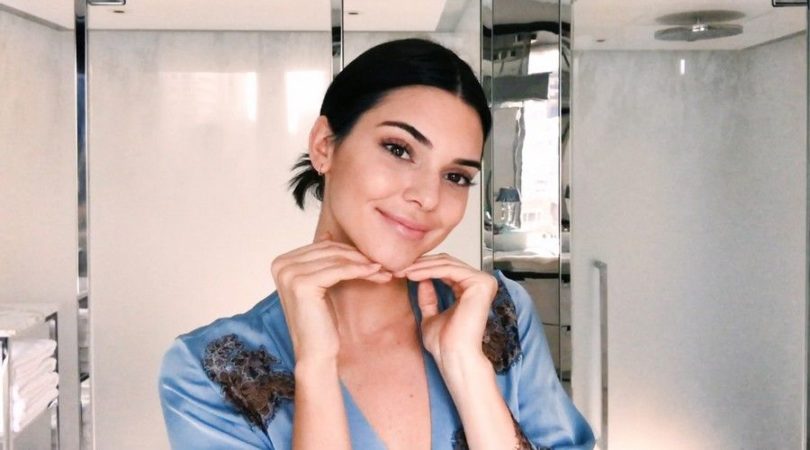 Yesterday, Vogue posted its cover feature with Kendall Jenner, who introduced us to her horse, maintained that she doesn’t “have a bisexual or gay bone in [her] body,” and burned out big time last year. And okay, sure! Great. Kendall’s sexuality is hers to talk about or not talk about, and if she’s still dating Blake Griffin, congratulations to them both. But outside the interview being used to address rumours that have been circulating around Kendall’s private life, the rest of the content was . . . nothing much. And I can’t tell if that’s because Kendall is someone who’s not particularly revelatory (which is fine! do you, KJ!) or if, like Kendall’s own burnout, the rest of us have hit the wall in terms of celebrity content.

I am writing this and I feel tired. I am tired because this week is daylight savings and its curse is to make us all feel like we’re wading through quicksand, but I am tired because I’ve hit the celebrity coverage wall. And honestly, who hasn’t? To start, there’s a difference between pop culture and celebrity culture. Pop culture (movies, music, TV, fashion) is the barometer through which we tend to measure a lot of other things: our political and social landscapes, our changing tastes, how much work we have to do as an actual people. Frankly, pop culture is the best and also my favourite thing. We can learn a shit-ton about a society or an era or a century by zooming in on what the people living in it were consuming and watching and celebrating (or condemning and having banned). Pop culture includes a bit of celebrity culture, but celebrities don’t define it.

When the Kardashian-Jenners launched their reality TV empire, it was 11 years ago (for real) and our world looked a lot different. Bloggers like Perez Hilton erected a dynasty built solely on gossip and snark and we loved it. And then social media levelled the playing field, made celebrities feel more accessible, and we’ve since been saturated beyond all reason with headlines about who’s dating who and who’s eaten at which restaurant and, and, and. Which has a place, absolutely! We all need a break from real life to note that Emma Watson is dating that guy from Glee, and I’m not about to be all “We’re better than this!” because we certainly aren’t. But I think we may be better than magazine cover stories that don’t do or say very much. The world is a tire fire: why not give covers to personalities who are helping to put it out?

Which isn’t Kendall’s fault for being perfectly media-trained and raised within a media empire. It’s not her fault that she wants to keep her personal life private, or that even when speaking on the Pepsi ad controversy, she offered a very vanilla answer in regards to our response to it. (I mean, of course it’s a vanilla response — the whole interview positions and paints her as a vanilla person.) But in the same way she burned out by modelling too much and travelling too much and working to excess, I’m burned out on our existing celebrity system. I don’t care why Kendall got a tattoo on her lip (she was drunk). I don’t care that she’s dating Blake Griffin. I’m so tired.

And I think a lot of us are, celebrities-we-read-about-a-lot-too, included. How can you not be? Talking about clothes and movies and music and books are fun and exciting and aggravating and upsetting and important, but a model on the cover of Vogue who once believed a commercial about Pepsi solving racism was a smart choice? Why? What are we doing here? It isn’t interesting, it just is. Especially since Kendall isn’t even saying anything of particular value — she’s just hanging out. Which would even have meant more if this cover existed during the KUWTK heyday (compared to now, where it seems its stars are as over it as we are). Frankly, it would’ve meant more to see the cast of Vanderpump Rules on the cover — because people actually watch and engage with that show. (“It’s not about the pasta!”)

So yeah, I’m tired. I’m tuckered out and I’m all here for gossip and celebrity coverage, but I’m more here for it in conjunction with something that’s exciting and engaging and cool. Which I don’t think is a tall order with so many amazing movies, TV shows, and artists emerging from the abyss in which we’ve found ourselves. There will always be a place for gossip and chatter and headlines about tattoos, but as a footnote, not the cover. Or if part of the cover, at least phrased and presented interestingly and in a way that gets and keeps our attention, not just makes us mad at ourselves for reading that whole piece and not getting a single anecdote about Harry Styles.