Cindy Crawford Opens Up About Her Life-Altering Decision

We can learn a lot from Cindy Crawford. And this time, we can learn to straight-up ignore any and all haters — just like she did when she was told to have her famous mole removed in her early modelling days.

In an interview with Into the Gloss, the supermodel shared the story of how she was told to alter her looks, and how her mother convinced her not to.

"Apparently, if it was on the right side, it was a beauty mark, and if it was on the left side, it was an ugly mark," she explained. "I would get teased by the other kids in school, so I definitely wanted to get it removed. But my mother always said, 'You know what your mole looks like, you don't know what the scar is going to look like.' Now it's so much just a part of my face that I don't think, 'Oh, how's my mole doing today?' But it's the thing that people remember about me, and it made a lot of women who also have beauty marks identify with me."

So there! Those kids can jog on, and now bask in the memories of having once made a now-beyond famous person (model, business person — you pick) feel horrible about the thing that helped her book jobs to begin with.

And don't expect Cindy Crawford to be retiring anytime soon, either. The mogul (there — that's a good description!) also stated that she doesn't really intend to slow down, and plans to keep doing editorial shoots to avoid becoming a permanent "Throwback Thursday" figure.

Somehow, I don't think anyone will ever credit Crawford with being a "has been." The woman can teach us all a thing or two about world domination. (And also, how not to let other people's opinions rule your decision-making.) 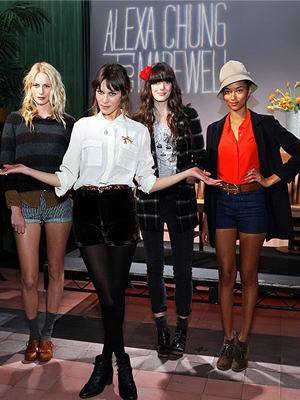 The Bachelor Episode 6 Recap: Crazies in the Badlands