As the two-night event continues, Andi takes the guys to New England for a bit of romance in picturesque Connecticut.

Dylan got the first one-on-one date of the night, funny enough not too far from his own hometown. Andi and Dylan met up to take a ride up the Connecticut River on a steam train. Andi wants their relationship to go to the next level where they get to know each other while Dylan is worried about telling Andi about his past and his siblings that passed away. After Dylan dropped the bomb on Andi, things got really quiet and a bit tense, but Andi was really determined to get the non-nervous Dylan out of his shell at dinner. Finally when they sat down to dinner, Dylan opened up about his sister overdosing on drugs and his brother unfortunately following suit. When Dylan started talking about his family and got emotional, Andi did too, which nice to see how compassionate she is. When talking to the camera, Andi again became emotional and felt really guilty for trudging up memories, since Dylan had told her that being so close to home really reminded him of his siblings, though Dylan assured her that they were all good memories. Finally letting his guard down, Andi decided he deserved a rose, assuring him that it wasn’t a pity rose, but rather for how appreciative she was that he opened up to her and was raw and honest with her. With one last surprise for Dylan to end the date on a high note, Andi brought Dylan back to the train to blow the train’s whistle.

Back at the mansion, the next date card arrived, a group date with JJ, Farmer Chris, Andrew, Eric, Nick, Marquel, Cody, Tasos, Brian, and (to his dismay that it wasn’t a solo date) Josh. Andi brought them to play some basketball—but what they didn’t know was that they were going to have to show off their moves to some of the WNBA girls in a game of hoops (also Andi is so cute and short next to the WNBA girls). Needless to say, the girls kicked their asses but then Andi decided to split the guys up to play against each other instead of getting their asses whooped. Again. The WNBA girls told the guys that the winning team would get to continue the date with Andi, but the losing team would have to go back to the hotel. Womp womp. Let the games begin. Basketball coach Brian led his team even showing them some plays as if some sort of championship were on the line—but I guess to them it absolutely is. The game started to get heated right away—these guys were huuuustling for this date to continue. Brian was absolutely showing off in front of Andi, using his coaching and basketball playing background to his full advantage. In the end, Brian’s team (with Andrew, Eric, Marquel, Nick and Cody) won the game and won the night with Andi, giving these five guys a more intimate group date than they’ve had so far. But, sadly Josh, Farmer Chris, JJ and Tasos were miserable getting sent back to the hotel without some real time with Andi.

When the celebrating finally stopped and the date resumed, Eric and Andi sat down together to talk about where they’re at. Eric expressed how irritated he was at how “formal” they were in their one-on-one time when Andi was worried that they’re already at a standstill and can’t overcome this formal setting. Andi wanted to know more about Eric beyond his epic travels around the world, and Eric, in an attempt to salvage what they had from their first date, opened up. Telling Andi that he was raised Mormon but had left the church because of his lack of beliefs in that religion, Andi seemed to really respond to Eric’s honesty and was happy that they really cleared the air and the spark was “reignited.” When Brian stole a moment away with Andi, he naturally took her back to the basketball court to show her some more of his moves. Teaching Andi a thing or two about how to play basketball, Brian was pretty damn sure he was getting a kiss—but only if he made a half court shot. And guess who nailed the shot but didn’t close the deal? Well, it was Nick who sealed his time with a kiss, but in the end Brian got the rose so he basically won the night in more way than one.

Marcus got the second solo date of the week and Andi had a serious surprise for him—taking him up to rappel a 30-storey building, even though she’s terrified of heights, and apparently so is Marcus. Having a mini freakout, Marcus asked Andi if she had any last words. Her response? “F*ck.” We hear you, sista! Andi was having a really hard time getting off the ledge, but Marcus adorably kept telling her to look at him and just focus on his face—even though he was terrified, he decided he needed to be the man in the situation. Being Andi’s biggest fan and so super encouraging, Andi finally started rappelling down alongside Marcus, while he tried to take her mind of things by asking about her family—because hanging off the side of a building is as good a time as any to get to know one another, right? And obviously Marcus’ plan worked to his advantage because he was given a nice smooch hanging in midair—while the rest of the guys banged on the glass when they saw the couple rappelling down. After the daredevil portion of the date was over, Marcus and Andi sat down to chat a bit more at a reasonable height off the ground. In an effort to ease his nerves, Marcus covered up the rose on the table, causing Andi to become even more smitten, but starting to wonder if there’s anything actually wrong with him. Marcus admitted after a rough breakup a few years ago, his trust went down quite a bit, but he’s finally starting to open up again to Andi. After Marcus gave his sweet little spiel, Andi uncovered the rose and gave it to him for being so trusting with her and allowing her to feel safe with him as well. Just when Marcus thought the night was over, Andi brought him out to a small concert, complete with some dancing in the middle of the crowd.

But of course with the sweet, comes the weird. While Andi was sitting thinking about the impending rose ceremony, she got a special delivery—a love note from a secret admirer. Not knowing who’s really lusting after her, Andi headed into the cocktail party with some very nervous and anxious guys—particularly the ones who didn’t quite get to snag some alone time with her. Tasos stepped up his game and was the first one to steal a moment with Andi, and really just wanted to open up to her and see where her head is at with this whole process, but sadly his time was cut short by Coach Brian—even though he already has a rose (come on bro!), but he had to make sure he kissed her—because a rose is never enough. Andi regretted that they hadn’t kissed either and was more than willing to get her smooch on with this hot coach. Snappy-dressed Marquel “Fresh” was looking pretty spiffy, but he wanted to make sure that he was still in her good graces—and did so by making her laugh and laugh and laugh (he’s cute and hilarious). Eric was next up, but was a little uneasy when he went to talk to her. Feeling that he had been totally open with Andi, Eric decided he didn’t know enough about Andi—not the other way around. He said that when she's in a group setting she acts like a “TV actress.” Yikes. Feeling that he sees a poker faced Andi instead of a real, personal Andi, Eric was a little concerned that she was the one not being open. Buuuut, Andi didn’t like this version of honesty from Eric and was instantly pissed and unbelievably offended because she’s been nothing but open and honest with everyone. Realizing he totally effed up and said the wrong thing in the wrong way, Eric tried to apologize and get his foot out of his mouth, Andi said she didn’t think Eric believed in her and that they both know that. And with that, Eric was gone. But, Andi wasn’t done. She addressed all of the guys to make sure none of them felt the same way, expressing how exhausted she is for trying to make sure she’s nice and relaxed with all of them and that if anyone felt the same way as Eric, they knew where the door was.

Feeling very apologetic, Eric decided he was really open to love and even though it didn’t work with Andi, he still wanted to pursue love, but felt awful for making Andi so upset. Not wanting to end the episode and Eric’s last scene on a bad note, the show decided to forego showing the rose ceremony (though Tasos was sent home, as Chris Harrison revealed), but rather take some time to remember Eric and his life. Eric passed away a few weeks after leaving the show in a paragliding accident close to his home. And even though he was only on the show for four weeks, he got the first date and caught Andi’s eye from their first meeting. While Andi and Eric’s last meeting was a little sour, Andi spoke sweetly of him, but admitted that sometimes it’s just not meant to be a relationship, but she did wish their last conversation had ended a bit more amicably. When Andi found out about Eric’s passing, it was on hometown dates and, naturally it caused her to overthink everything they had said to one another and how it ended with them, getting really emotional when talking about Eric.

RIP Eric. You were our pick from the very beginning and we’re so sad to see you go.

Stay tuned for the next episode of The Bachelorette when the group heads to Marseilles in two weeks!

More Gossip from the Golden Globes 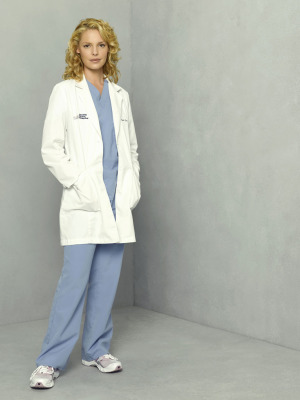 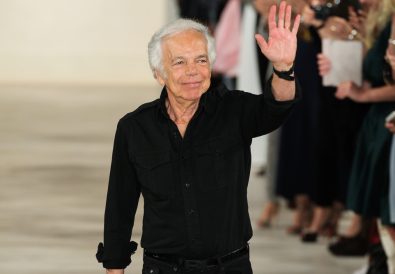