It all started with OPI’s release of  the Katy Perry and Serena Williams collections which introduced the world (and their nails) to Shatter.

Now that the shatter effect has gained much praise and popularity, brands like China Glaze and Color Club have jumped on the bandwagon and have released their own version of shatter. With shatter becoming this seasons’ hottest nail trend and will undoubtedly carry its fame into the upcoming seasons, there is no better time than now to dish on the newest ways to wear this effect.

Always remember when applying shatter to do so over a contrasting colour in order for the effect to live up to its full potential. For a longer last and shinier look, apply a clear top coat once your nails are dry.

Apply Diagonally or From Side to Side
The golden rule: think outside of the box “ in this case, instead of applying shatter from bottom to top of your nail, simply change this routine to diagonal strokes or from side to side. This may seem tricky at first but like anything else, once you get the hang of it, you’re golden. Remember to keep your shatter coat thin and avoid going over the same spot. Although the change is minimal, the effect does appear differently.

Glitter
It has been the rule of thumb to apply shatter over top a contrasting nail polish. However, how about applying it over sparkles for a change? You’ll get a lot more glitz and glam “ what girl doesn’t like that? So apply 2 coats of your fave glitter polish and allow it to dry before applying shatter. Here’s a little secret tip, instead of applying a clear top coat once your nail is dry, apply a thin coat of the glitter polish you used as your base “ this will enhance the glitter and sparkle in your nails for an ultimate blingin’ you.

French Manicure
If the old fashioned French tip has long passed its expiry date on your trend radar it’s time to update it. How? Throw some shatter into the mix! You can get as fun and creative as your little heart (or in this case, nails) desires. In my case, I chose to do one coat of OPI’s Sweetheart as my base, then for the tip I used OPI’s Planks A Lot and lastly, black shatter carefully applied over top the tip only. Voila! You have just reinvented the French tip “ now go show it off. 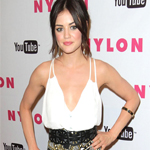 5 Products that Will Make You Love Matte Makeup 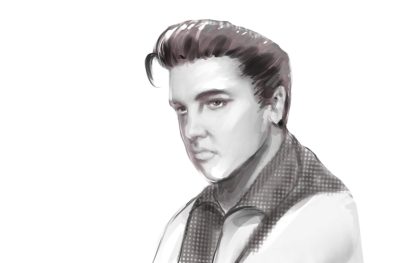