You’re Allowed To F–K Up

I hate New Year's so much, you guys — I really, really hate it. I hate the pressure to have fun, I hate how we're all expected to change within a matter of hours, and I hate how for the few weeks following January 1st, everyone becomes a little less fun. ("Oh, I'll just have a tea — I'm on a cleanse." No. Stop it. If I told my Grandpa — who didn't eat for weeks at a time while escaping Lithuania during WWII, thank you very much — that I wasn't eating because I was "on a cleanse" he'd have every right to shun me as his blood relative. We sound ridiculous. Just eat a damn carrot or WHATEVER YOU WANT.)

And I get it: I love a fresh start as much as the next person, but when you think about it, you technically have that chance to re-invent yourself EVERY DAY. Can you believe it? Of course you can — you're a thinking human with a mind, so why wouldn't you know that you can have a fresh start literally ANY TIME you would like one. And by "fresh start" I absolutely mean "move on from whatever it is you're fixated on." We're adults — fresh starts aren't a thing unless you are actually pardoned by a judge (or a friend who is like, "UGH forget it, just buy me a coffee and we're cool.")

See, that's the thing about New Year's: it's all about vowing to become some better, perfect, wonderful person once the hangover's wore off, which ridiculous because better, perfect, wonderful persons don't exist. People are messy and complicated and we're all a bunch of idiots, so if we stop making mistakes, we stop growing and learning and getting better. How else are we supposed to gain experience if we vow to stop eating junk and vow to work out every five minutes and vow to stop doing this and stop doing that because "it's the new year"? Why is it taking a new year to do those things? You can do those things at any point — but you don't beause there's still a reason you're not (and a new year isn't going to make those reasons go away). And that's okay! In the words of Orange is the New Black, "bitches gotsta learn." And learning takes time — and learning is great, and learning is important.

Learning also requires some mistake-making. I can think of about 25259248224 things off the bat I can't believe I did or said or thought (and die of shame when I think of them), but I learned lessons from every single one. Some are very simple ("do not eat KFC from that one place unless you want to throw up for many hours") and others were less so ("do not move to a new city on only a line of credit that you can't afford to pay back"), but they were all necessary, and I'm grateful for all of them. (And now I only eat chicken in nugget form.)

Ultimately, I think we all know by now that perfection is a myth (relax, all of us, we can stop chasing it already), so if you're going to start 2014 trying to achieve it, it's going to be a sad, fast fall to the bottom of whatever pedestal you've put the year up on. A new year is an awesome opportunity to buy a new planner, to go to the movies on January 1st, to decide to take work a little more seriously (new planners have that effect), and to throw out your expired food, but other than that, it's just another day. You will make mistakes. I will make mistakes. We will all make mistakes — and that's a good thing. We'll fuck up and we'll learn, and it'll be another year for the books; another year to tell kids our age about when we're 80 years old.

New Year's is fine, but it's not the be-all and end-all of becoming who you want to be. That shit takes years (not new ones — ha), and those years are useful. Frankly, we can resolve to do this or do that anytime from now until the day jewels are poured into our open coffins — there's no statute of limitations on stopping or starting certain behaviours or habits. (You can stop drinking in May, or you can date only guys who work in the circus in September. Whatever you want.)

So don't get hung up on resolutions or New Year's or shoulds or cleanses. The messier, the more you'll have to give to the younger women looking for the same advice we've all been in dire need of. (Like, seriously, I'm not joking, do not eat KFC from that one place.)

How to Decide on Your Goals This Year 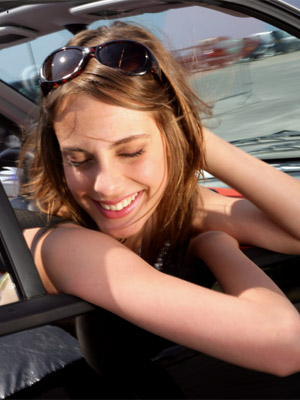 How to Plan a Great Summer Roadtrip 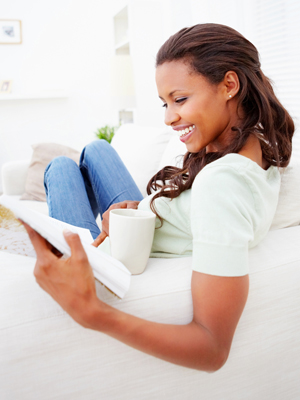