by Tanya Cruz
Wellness
No comments

It’s only June and it’s already shaping up to be one hell of a summer.  NXNE just finished another successful festival run and now, World Pride is well underway. Meanwhile, bars and patios across the city are cashing in on FIFA World Cup mania. What can we say? There’s a lot to look forward to in this beautiful city of ours, and the fun has only just begun!

If you find yourself spending the summer heat in Toronto or you’re just a local native looking for exciting things to do in your home city, you’re at the right place my friends. Here’s a Toronto girl’s summer bucket list for 2014:

Go to a game

Cheer on the Blue Jays at the Rogers Centre or in light of the World Cup, why not catch a Toronto FC game right here on home turf? Even if sports isn't your thing, rally a group of your friends, order a beer and just enjoy the game’s atmosphere.

Toronto is a big, beautiful city and you’ve probably only seen a small fraction of it. Take a week out of your summer and get lost in this grand city of ours. Buy a weekly TTC pass and go to any of Toronto’s distinct neighbourhoods. Hit up one of Roncesvalles’ trendy restaurants, or pick up some gluten free cupcakes in the Junction, or take a stroll through Davisville. See what each neighbourhood has to offer. Eat their food, shop in their stores and see what makes up this world class city of ours.

Go to a music festival

What better way to celebrate summer than jamming to the music of some of your favourite artists. Sure, these festivals have nothing on Coachella, but they’re still pretty rad. If you’re into the EDM scene, you definitely need to hit up Digital Dreams (June 28-29) where they will feature artists like Tiesto, Justice and Deep Dish. If you’re more into dance club bangers, you can’t miss Veld Music Festival (August 2-3). I’m talking Calvin Harris, Martin Garrix and Nero. Even our “Fancy” girl Iggy Azalea will be making an appearance. If you’re more into hip-hop,  check out Drake’s own OVO Festival (August 3). It’s the biggest event during Caribana weekend (you should check that out too), that features our homeboy Drizzy and some of his famous friends who like to surprise crowds by coming unannounced. But if you’re more of an indie chick, Riot Fest Toronto (September 6-7)is where you need to be at the end of the summer. Metric, City and Colour, Billy Talent and The Flaming Lips are just some of the awesome bands scheduled to perform there.

Take off your clothes

Did you know Toronto has a clothing optional beach? Yes, you read that right and it’s only a ferry ride away. Head on over to the Toronto Island and walk to Hanlan’s Point beach, one of only a handful of places in Canada where you can be completely naked in public. This one is definitely for the brave and shameless. Although you’re not required to show off your goods, you can’t deny it. The opportunity to get the perfect summer tan sans bikini lines is pretty tempting, am I right?

If you want delicious food on the cheap, you’ll want to take advantage of Summerlicious (July 4-20). You and your pals can hit up Toronto’s yummiest restaurants and order from their knocked down prix-fixe menus that are available for both lunch and dinner. If you want your food to come with a dash of culture, eat with the Greeks at  Taste of the Danforth (August 9-11) or try out the Taste of the Lawrence (July 4-6) which features foods from all over the world. If you want to get in on the food truck craze, you’ll want to see what truckers will be serving up at AwesTruck2014 (September 6).

If you or a friend don’t own a boat or don’t know anyone who does, go on one of the many boat tours offered along the Toronto waterfront. If you want to feel a little sense of adventure, rent a canoe or kayak at the Toronto Island. What better way to admire the city skyline than seeing it from the water!

No cars allowed here! The last Sunday of every month this summer is dedicated to pedestrians only. It’s a great time to celebrate Kensington Market’s eccentric and diverse community with street performers, live music and great food. See you there?

Be a ride warrior

This can only really mean one thing: Wonderland! If you’re looking for thrills and excitement, why not scream your face off on one of their roller coasters, like the Behemoth or the Leviathan. This year, Wonderland has a new  4D roller coaster called Wonder Mountain’s Guardian. It’s like playing a 3D video game but on a roller coaster. Been there, and trust me the line up was worth it! Also while you’re there, don’t forget to eat a funnel cake. Extra icing sugar is mandatory.

Dance your pants off

Put your little black dress on and hit the town with your best girlfriends. If you want something classy yet fun (not eager college boys here), head on over to clubs like Cube to hang out with some of the city’s hottest young professionals. If you want to bask in the sun while listening to your favourite tunes, check out Muzik Pool Bar. If you want to skip the awkward grinding and do some real dancing, like Havana nights style, head over to Salsa on St. Clair (July 19-20). But if all you really want to do is put your favourite skinny jeans on and relive your college days, hit good ol’ Dance Cave.

As cheesy and it may be, why not enjoy some of Toronto’s greatest landmarks. You’ll be surprised how many Toronto natives have never been up the CN Tower before or taken a trip through time at the Royal Ontario Museum. Not to mention the new Ripley’s Aquarium! Be a tourist and see the city from an outsider’s perspective.

Making up a ten item bucket list is super hard, especially considering the large number of events happening this summer. So if you feel like we missed anything, let us know in the comments section below!

Tags: fun things to do, summer, travel, what to do in toronto 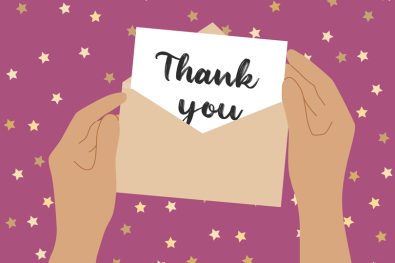 I Give Good Card, But Terrible Gifts 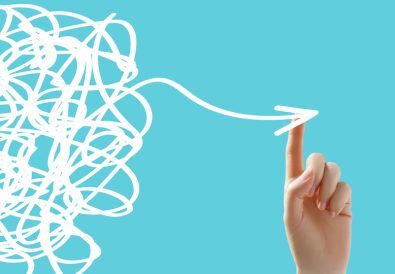 Maintaining The Myth Of Control In 2022: A Guide, A Lifestyle