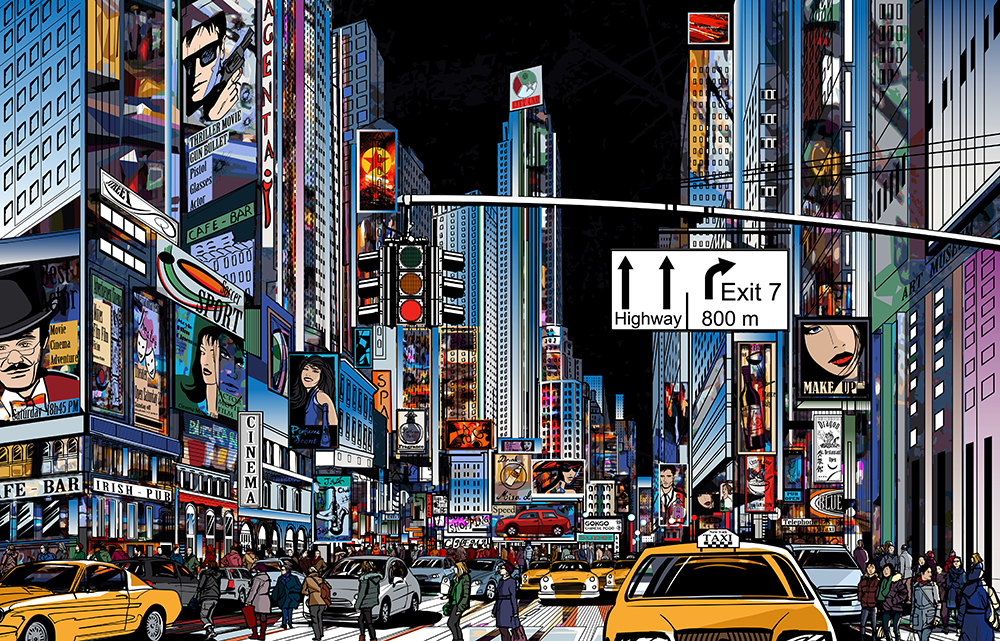 Only I just didn’t go to New York. I went to New York, at age 29, for the first time. I was Kimmy Schmidt, backpack and all, missing only the $18,000 in said backpack, as well as the Tiny Fey/Robert Carlock-penned dialogue. And I was (please say this in Joe Pesci’s voice) all alone.

This isn’t the first time I’ve travelled alone. Actually, the first time I took a plane I was 23 and alone and I was on my way to Winnipeg. Then, I travelled solo when I visited Vancouver that same year (and believe me when I tell you just how upsetting a plane ride is in the midst of fighting the effects of food poisoning), and again to Winnipeg (I have friends there, leave me alone) when I was 25. At 27 I went to Calgary with my best friend for a festival, and then that was it. My passport remained tragically unstamped, and I promised everyone that this year would be the one I’d finally cross that magical border.

So, after booking my seat and reading and re-reading the airport and customs rules, regulations, and guidelines (and still convincing myself I’d gotten them wrong), I found myself in a new part of the airport, where I thought I had to claim my $100 in cash (the guard laughed at me), and didn’t know how to sort my bins (I got called sweetie a lot — 100% out of pity). I was paranoid my carry-on was too big, that my tote bag straps would break, and I checked for my passport every time I changed locations. We sat on the tarmac for 30 minutes thanks to torrential rain, and I promised myself I wouldn’t listen to Welcome to New York when we landed. (Which I didn’t.) (I put it on as soon as I saw the Manhattan skyline, and played it repeatedly until I got into a cab.) 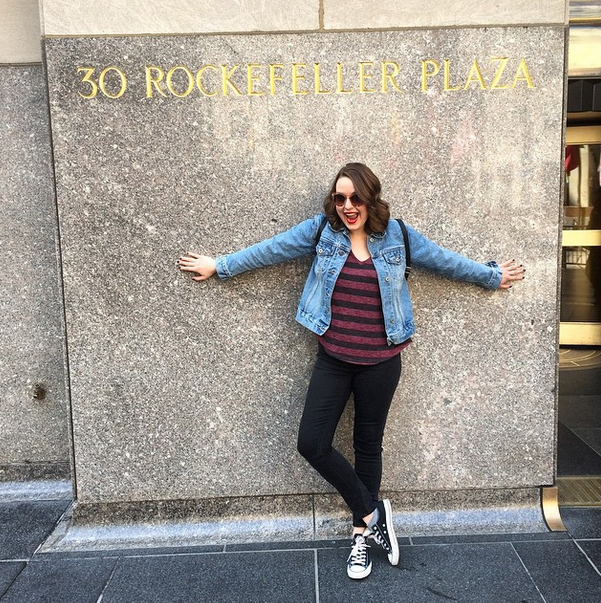 So of course, making it through customs, arriving safely, and the perfect selection of song far from calmed my anxiety (and/or need for Imodium/Gravol). In regular life, if there’s a reason to have anxiety, I’ll have it. And when travelling, I not only have it, I’ll have it over the most ridiculous shit. This time? I was convinced a) the cab would refuse to take me to my hotel because I didn’t know the cross streets, b) that my hotel would refuse to accept my credit card, c) that a resident of the hotel I’d seen in the hallway was going to kill me as I slept. Also, d) bedbugs. So yes, what I’m saying is that I am a lot of fun, all the time, but especially when I have to rely on anybody but myself, convinced that person will fall through (and that we will all get bedbugs). (Which is why I wrapped myself up like a burrito the first night I got there.)

The good news? I didn’t get bedbugs. The better, I managed to jam pack my 48 hours in NYC with the coolest/kindest/most generous people I’ve met in a long time. Right after checking in, my a pal showed up to take me (on the subway, thank you — because I am a grown-ass adult) to 30 Rock and Times Square, then back to my hotel for tea, which was followed by dinner and a trip to the Empire State Building with three other friends. (Who 100% indulged my permanent state of awe and/or disbelief that we could see all of New York holy fuck you guys.) The next day? Coffees and breakfasts and power-talks and YGG realness. Also? Cab rides, 60 blocks of walking (honestly if I’m in New York and I’m going to see New York), and dinner with the Rookie crew — all of whom I’d never actually met in person. The day after that? Equal amounts of same a.k.a. magic.

And then I had to go home.

Guys, I love Canada, and I love my life in Canada, but I also really hated going home. I liked that New York was just like everybody told me it would be and that in it, I could be a wide-eyed tourist and nobody cared. (Especially since I didn’t walk slowly or get in anybody’s way, and didn’t take photos in the middle of the street and/or sidewalk.) I liked that I felt tired-but-good-tired, and that everyone’s day was like a Tetris game. I loved how exciting the city felt, and how everyone was getting their shit done, and I loved who I became there: myself, but also a person so excited about where I was that I couldn’t act cool or anything other than the cartoon-like character I try to hide. (And I fail miserably at it. I’m sure anybody reading this who knows me is politely saying to their screens, Aw, no. We know you’re a cartoon-like character. It’s okay.) I embraced my Kimmy Schmidt side (which is 85% of who I am), and just basked in where I was — like, as it was happening. (I think this is called living in the moment. But I don’t know what that is, so I’m not going to commit to that right this second.)

So was I a tourist? Yes. Was I embarrassing? I think I told you guys I checked for my passport every time I was in a new place, so yes. Was I someone who walked around, looking up and around like I couldn’t fucking believe I was finally somewhere I’d romanticized since I knew what New York was? For sure. But in real life, I also am in no way cool, calm, or collected. (And I am 29 and only flew into the United States two weeks ago — so I am like a baby bird and/or Buddy the Elf.) So I’m glad I was forced to face my overly-enthusiastic self and take in a place with freakish excitement. It made me take in what I was doing as I was doing it, and it made me want to go back.

Although when I go to L.A. next month, I’m sure renting a car will bring me levels of anxiety New York can’t even touch. (Get psyched!)

Tags: Anne T. Donahue, first time in new york, travel, what to do in new york 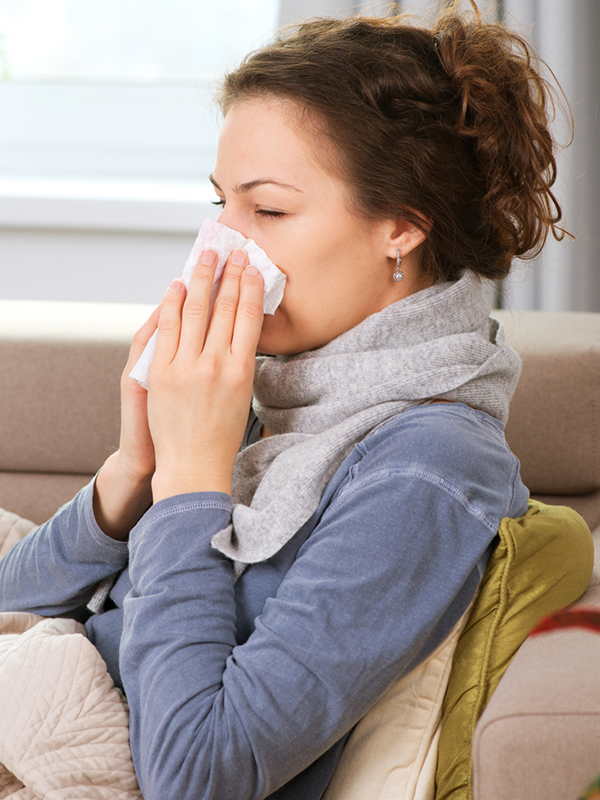 7 Ways to Ward Off That Winter Cold! 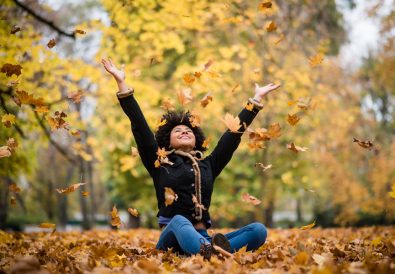 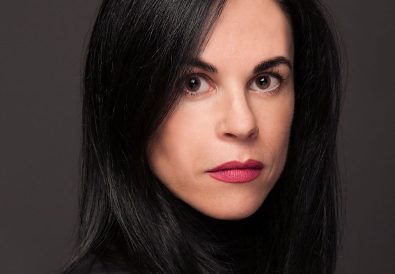