by Alicia Kolenda
Wellness
No comments

Canada is one of the most diverse countries in the world with mountains, beaches, forests, arctic wilderness and even a desert. But not enough Canadians get to see the country’s massive natural landscapes and taste its small town provincial culture. Each city changes its face from summer to winter so drastically that it becomes a whole new place. Here are nine Canadian cities you didn’t know existed, but now that you do, you’ll want to book some vacation time. 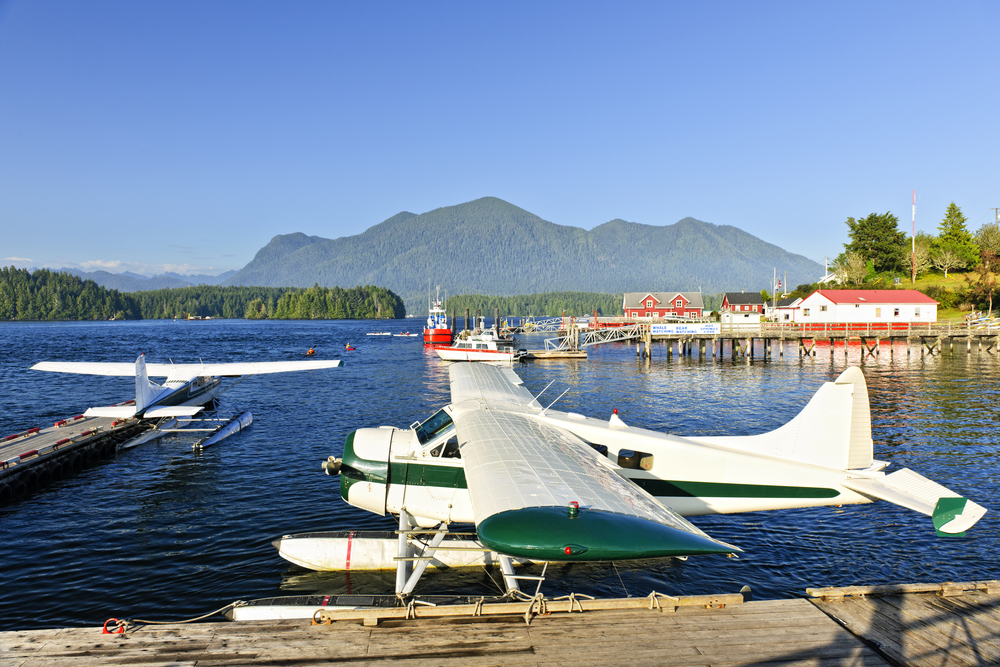 Tofino is a paradise for beach bums and surfers. They flock there in the summer to dominate the waves, hike to hot springs and watch for whales. But in the winter the ocean becomes wild. You can stare into the black water, tucked safe inside Wickaninnish Inn, and see storms on the horizon. The picture of the violent sea is made beautiful by the light of a warm fire and the shelter of a soft bed.

Listening Companion: In Between Dreams by Jack Johnson 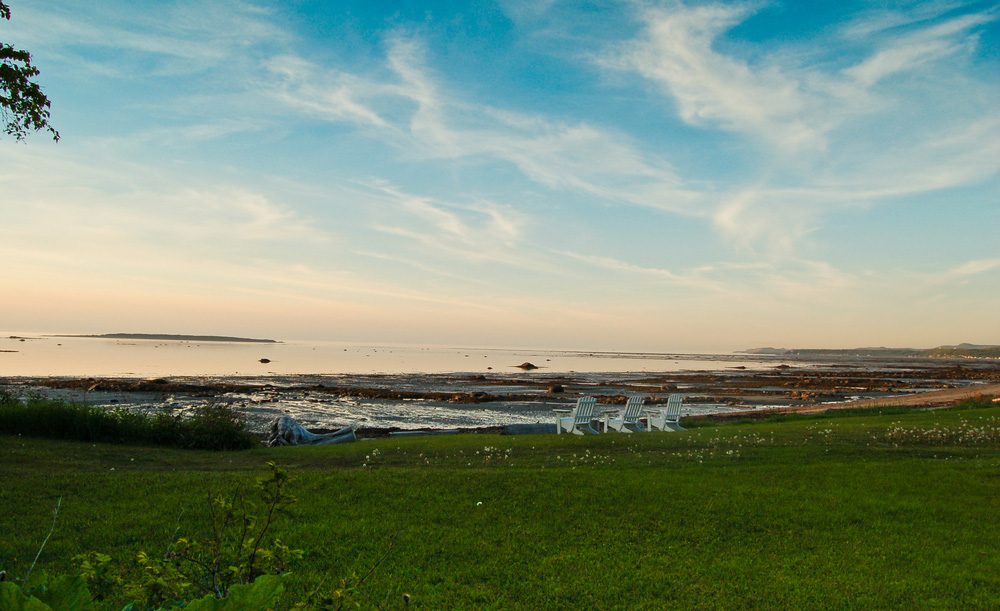 An old wooden man sits in a chair nodding to sleep. He is one of the million lifelike carvings created by Quebecois artisans on the banks of the St. Lawrence near Trois-Pistoles. Trois-Pistoles is a small town, living in the fault lines of 300-year-old history. It’s nestled in a valley between rolling hills and the River, which reflects the Aurora Borealis across its smooth surface only disrupted by the occasional boats of fishermen and divers.

Reading Companion: In the Village of Viger by Duncan Campbell Scott 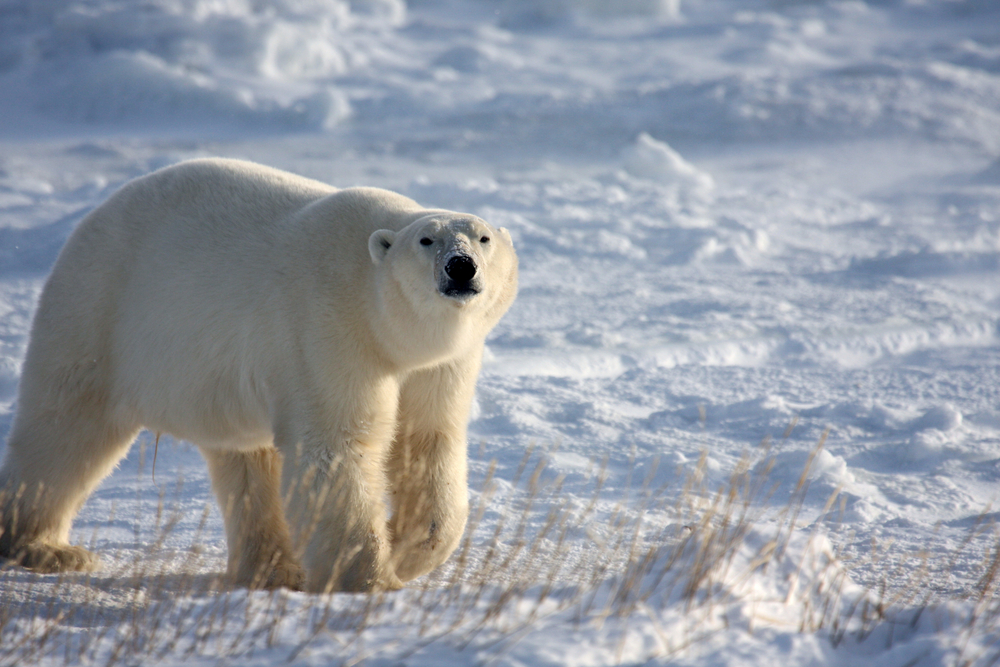 Churchill is on the coast of the Hudson Bay, almost as north as you get before finding the Nunavut border. Year-round the tundra is permanently frozen, a desert of rock with few trees and shrubs. But in Churchill you can race across fields by dogsled and camp out along the migratory path of polar bears. The white lights of your igloo will blaze through its cracks creating specs of glowing orbs across the landscape. And if you’re brave enough, kayak across the Bay to touch the silvery backs of Belugas under the blue-green nightlights of the Northern sky. 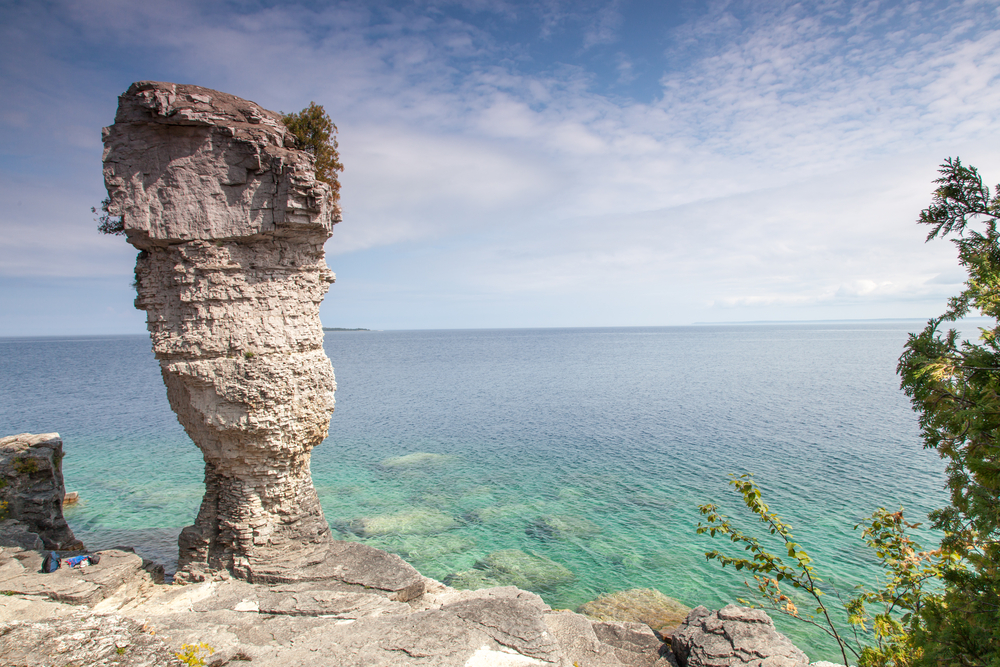 Tobermory is just off the Bruce Peninsula. The houses along its shore are painted in vibrant colours, yellows, blues, reds and greens, reminiscent of Greece but with a Canadian coniferous background. Tobermory is ideal cottage country. Its hiking trails go all the way to Niagara, ending in St. Catherines. The surrounding water is pebbled with shipwrecks from the 19th century, sunk by accident and on purpose. 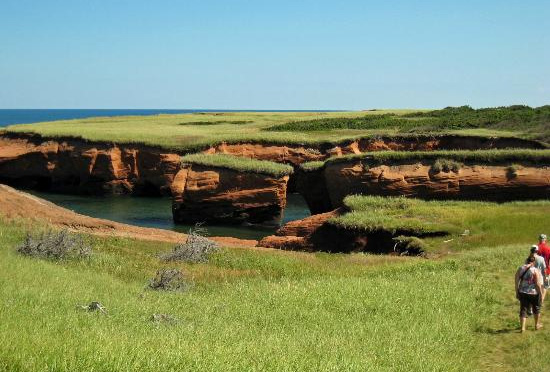 The Magdalen Islands are an archipelago in the middle of the Gulf of St. Lawrence, north-east of Cape Breton. With white sand beaches, tall red cliffs and rolling green hills, the Islands are a smaller, more Acadian P.E.I. And it’s one of the few places in Canada where fishing is still culture. All year long the docks are full of activity, and in summer nearby caves can be entered by amateur fishermen through holes in the red rock wall. 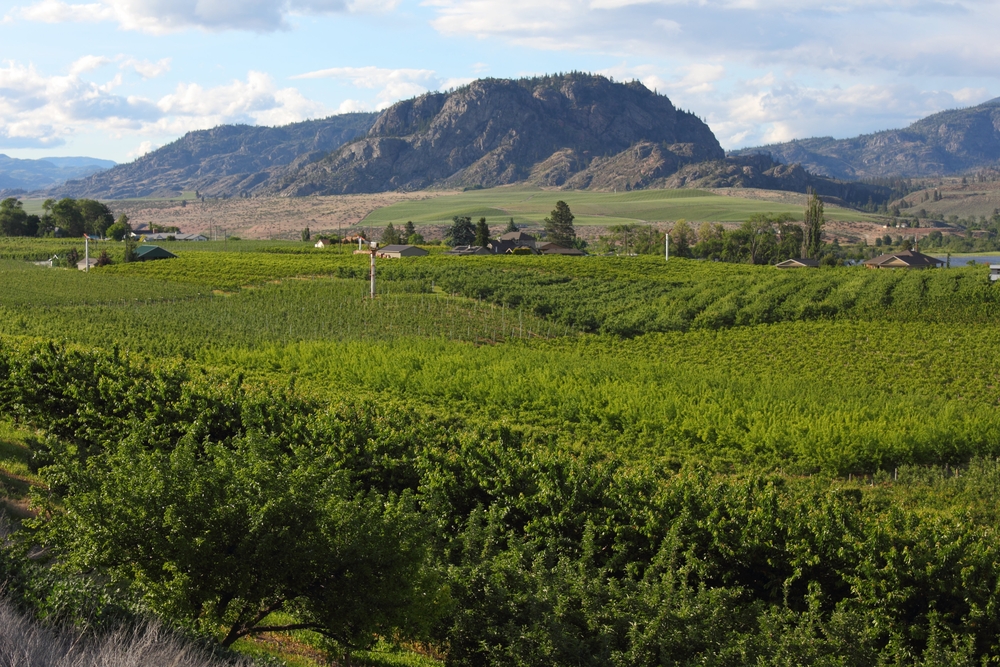 Osoyoos looks like no other part of Canada. It’s an area rich in myth and history, with Aboriginal cave paintings and tales of monsters. It gets to 40 degrees in the summer but you can cool off in the nearby Okanaga Lake. The lake reportedly holds the Ogopogo, a demon sea monster 15 feet long, who entices you into the water like a Siren ("they say"). But the most inviting place is Osoyoos’ orchards, a lush contrast to the desert mountains towering above.

Art Companion: The Persistance of Memory by Salvador Dali 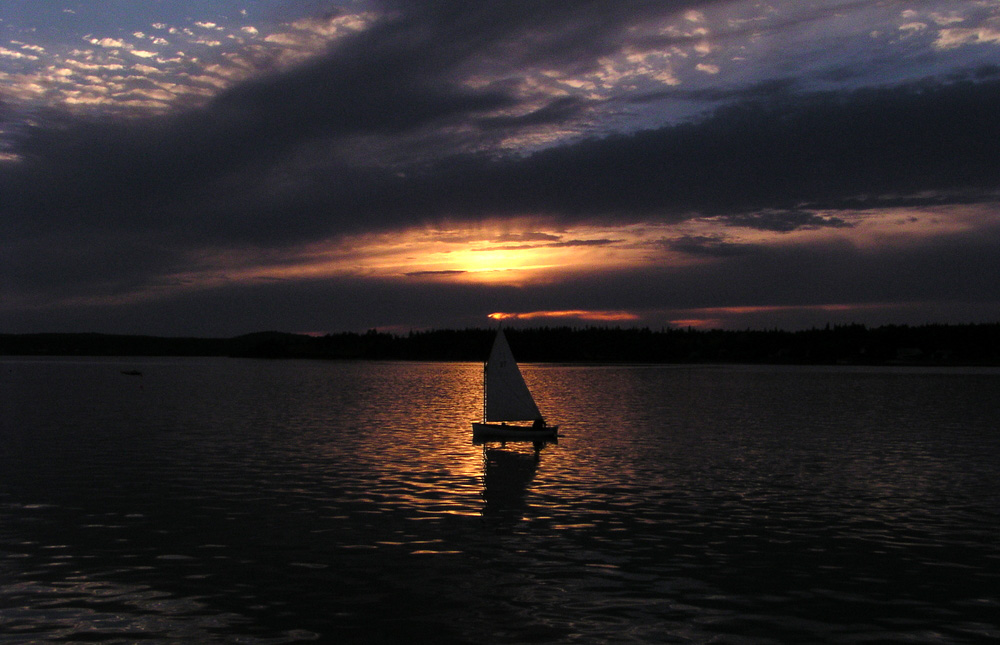 St. Andrews By-the-Sea is a town lost to time, guiding travellers to their rest with its centuries old lighthouse. It has the epitome of small town charm with friendly neighbours, businesses and town sailors willing to take you whale watching. You can walk through meadows just off the Atlantic and see wooden windmills that turn with a maritime creak. And the houses are built European-style, with round stones and creeping ivy that are cozy, comforting and ready to welcome you into its dreamless restful sleep. 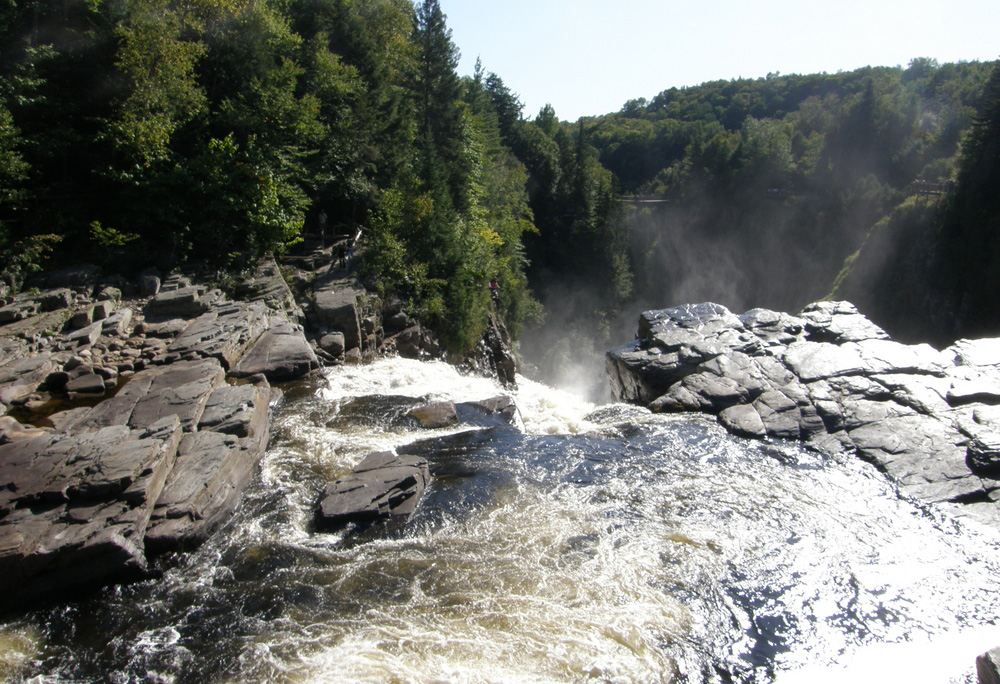 Sainte-Anne-de-Beaupré© is a small village, founded by shipwrecked sailors on their way to Quebec City. The city is nestled in the Laurentian Mountains, and called “beau pre”, a beautiful meadow. But the real beauty lays hidden, tucked away safe and sound waiting to be discovered. Canyon Sainte-Anne is a gorge in the mountains, where waterfalls race down the cliffside. People can pass 60 metres above by single wire, a small footbridge or a zipline. With only air beneath their feet, it’s a long drop to the jagged rocks and water foaming below. 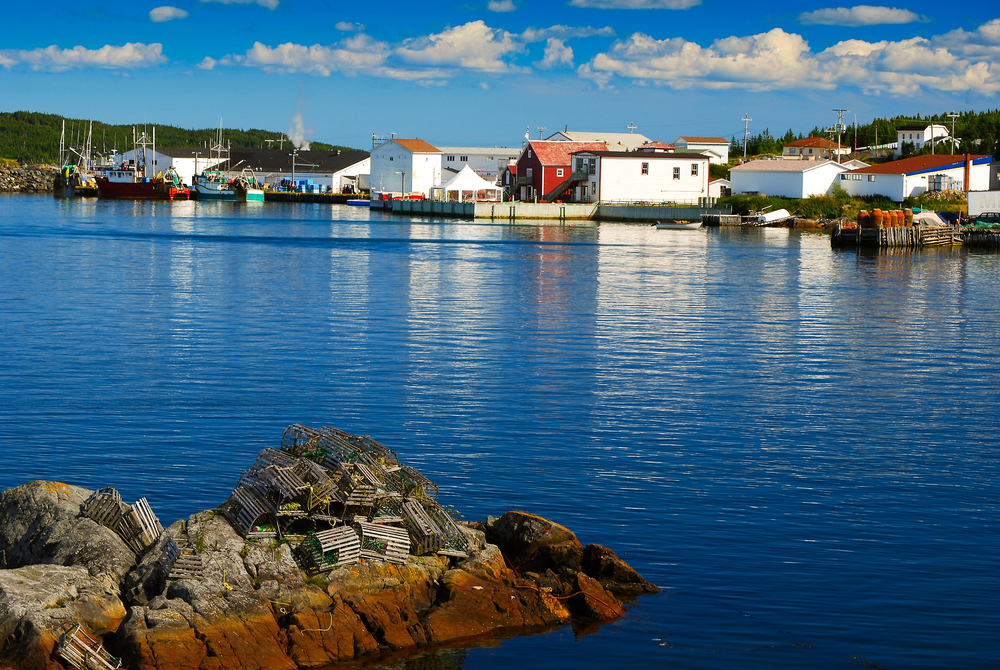 Fogo Island, north of Newfoundland’s coast is an area so changeable they have seven seasons instead of four. But that shouldn’t fool anyone; time moves slower here where nature is unchanged and traditions are kept. On Fogo Island the houses are built right up to the Ocean on stilts because of the rocky terrain. And just off the coast is Iceberg Alley, where giant walls of ice float down from the north pushed by ocean currents, warming in the Canadian sun. 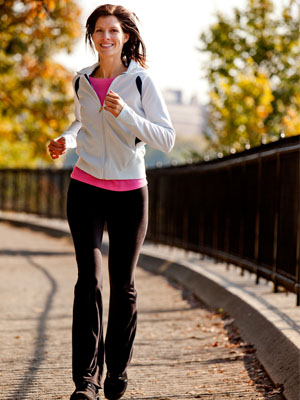 Tips for Running a Half Marathon 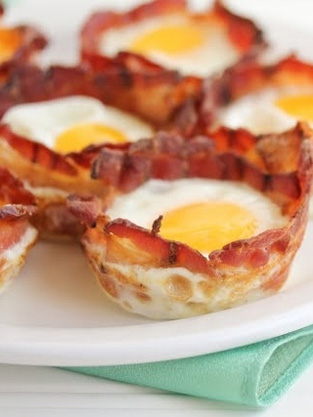