5 Guilt Trips I (You?) Need To Apologize For

I had a pretty simple mandate as a teen (and early 20-something) (and beyond — so sometimes I still have it): how dare you.

Like, how dare you for everything. How dare you for cancelling plans, and how dare you for not wanting to do the same things I want to, and how dare you not like the same TV shows and movies as me. Also, how dare you for not reading every thing I have ever written, even if it was a handwritten note from grade nine. And look: I still really feel that way about you liking bad TV and movies because I am the tastemaker of all things, obviously. (I'm not, but look: it's a holiday Monday and I'm working in a Starbucks across the street from my first high school, so let me have this.) But the other stuff? I may have been — pause for dramatic effect — wrong. (Or if not wrong, then at least not super right.)

So here are the five guilt trips I have given and I'm sorry for in retrospect. Why should you care? Because we've all dealt them out. We're all equally horrible. But goddamn it, we're my kind of people, then. So from us — great people — to the others (great people too, but shhh this is our time to shine), here are five guilt trips I've given that I probably should've maybe thought twice about.

1. Cancelling plans
Okay let me just clear this up: if I made you feel bad for cancelling plans for a good reason, I am sorry. That was shitty, and I apologize, and you have and had every right to need to reschedule.

But let me just say: if your reason wasn't good? If you delivered a piddly, "I'm tired . . . " then I do not apologize. You're tired?  YOU'RE TIRED?! ADULTHOOD is tiring, damn it. As an adult, I am tired every day. I am tired constantly. Right now? I am on my third coffee in four hours because I am TIRED. And do you know what I'm going to do after this? I'm going to go home, I'm going to read about how Jay Z built an empire (it's a book I bought — as an ADULT), and then I'm going to go out. Even though I'm tired. Because I'm a grown-ass woman and the day I'm not tired is the day I'm not working as hard as I should be.

2. Cancelling plans because you were sick
Okay THAT I understand now, because now I not only don't want to get whatever you have (as a selfish person who does not enjoy getting sick), but I don't want to hang out with anybody who would rather be curled up in the fetal position praying for death. Why? Because when I'm curled up and praying for death, I don't want to see anyone. Anyone, of course, aside from the various celebrities I have chosen to be my future husband(s). Either in person, or on TV. I don't care. But I do care about trying to coax you out when you were battling the urge to throw up and die because as someone who once walked around Vancouver chugging Pepto Bismol from the bottle, I hate anyone who doesn't understand this harsh reality.

3. Not texting back to a dead conversation
This is the perfect example of a problem we should all be lucky to have. (I mean, unless you seriously owed me a text/phone call because it depended on booking a flight or hotel or something actually important (ex: "Hey, where do you live I'm trying to drive you to this thing and I have no idea where I am"), because how dare you.) But getting mad because someone didn't write back to a "haha"? We've all done it. ALL OF US. Even you, "I didn't do it"-esque eybrows. So seriously, ughhhhh I am SO SORRY. I mean, first of all, who has the time to write back to a "haha"?! Why would anybody want to? What do you even say to that?  "I know — I am funny and so are my jokes." No, because no one — NO ONE — writes "haha"  back to anything good. This conversation was dead. DEAD! It has died. Minutes before this, it passed away. The "haha" was the death rattle. Let it go. Let it descend into the abyss. And to those poor souls I forced into chit-chat and "LOL"-offs, I'm especially sorry. Not just because it's all I can do not to end those conversations now with "this is embarrassing for the both of us," but because we all could've been doing something better like ANYTHING AT ALL. Namaste.

4. Leaving a party/bar/etc.
"You wanna peace?" was the cool way my friends and I chose to say "I want to go home" about ten years ago, as if phrasing it in a less-direct sense was going to make it better for us to deliver the bad news. Full disclosure: I always wanted to peace. The only reason I didn't want to peace was if the boy I liked was there, and in that case I wanted to stay until he realized we were meant to be part of some Hollywood power couple, eventually. (It never really worked out that way.) But despite my love of leaving early, HOW DARE anyone else want to leave BEFORE ME, the DECIDER of things. "OBVIOUSLY you want to leave!" I remember saying once, to someone who was leaving early for the first time in years. "Buzzkill!" (Worst insult ever, still, to this day.) In my head, that person would then use my weird, displaced anger as fuel for more DMX-soundtracked dancing, all while thanking me for bringing out the best in her. In reality, they'd give me a face and say, "Yep! Well . . . bye!" And rightfully so. If anybody pulled that shit on me now, I'd give a more, "I hate you!" face followed with the deletion of their profile on Facebook. Partially because I'm now a grown-ass woman, and partially because they'd stolen "buzzkill" and used it against me.

5. Stealing the term "buzzkill!" and using it against me
Just kidding, I am NOT sorry about this, and I will never forget or forgive you, even though I also stole "buzkill" from somebody in high school who stopped using it shortly after I took it. Likely because I was using it. And I'm not sorry for that, either.

This is our house, people.

Are You Ready to Move to a New City? 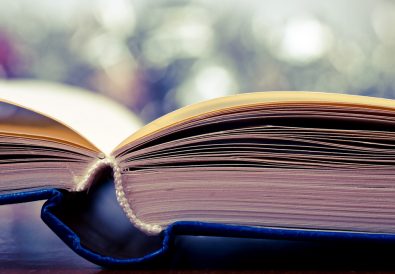 5 Fashion Books You Need to Read