Most Epic Met Gala Looks of All Time 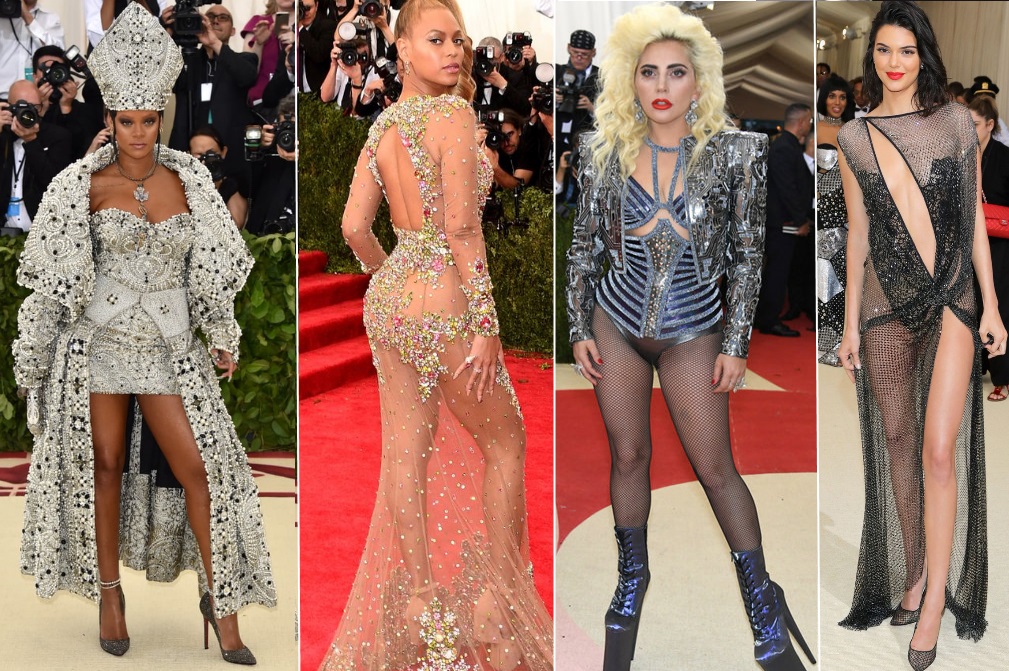 On May 6, New York’s Metropolitan Museum of Art will host the Met Gala, the annual invitation-only fundraiser to benefit the museum’s Costume Institute. It’s the most buzzed-about red carpet moment as avant garde, costume-inspired designs make a grand entrance.

As we prepare to watch all the glorious Met Gala looks that will grace our social media feeds next week, we decided to look back at some of the most epic and unforgettable Met Gala dresses.

Cher in Bob Mackie (1974)
At the 1974 Met Gala, Romantic and Glamorous Hollywood Design was the theme of the night. Cher wore a nude, bedazzled Bob Mackie gown that kicked off a trend that allowed many nearly-nude looks to follow.

Princess Diana in Dior (1996)
One of the most iconic and timeless looks in Met Gala history has been that of Princess Diana. Yes, Princess Di once graced the event in a navy slip dress from John Galliano’s first couture collection for Dior. The lingerie-inspired gown was indeed classy, elegant and still a huge trend. 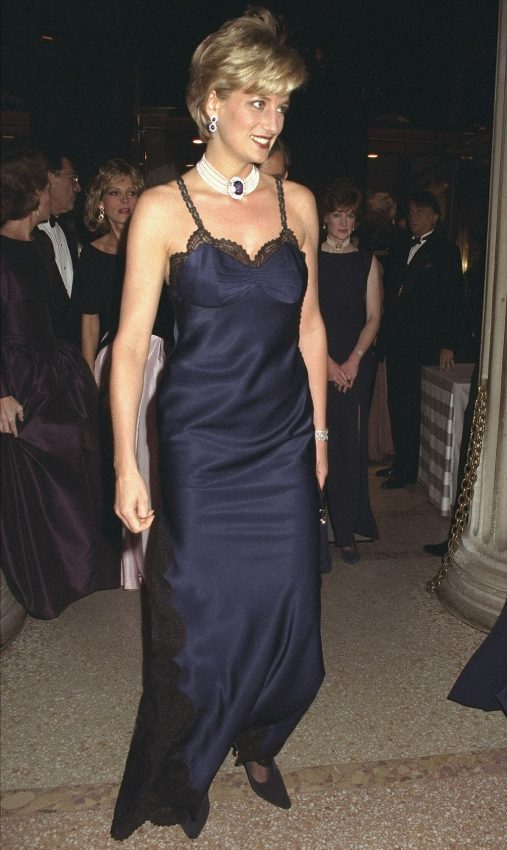 Naomi Campbell (2001)
This will forever be iconic. Naomi Campbell wore a bedazzled “Like a Virgin” t-shirt to the Met Gala where the theme was *wait for it* Jacqueline Kennedy: The White House Years. Yep. 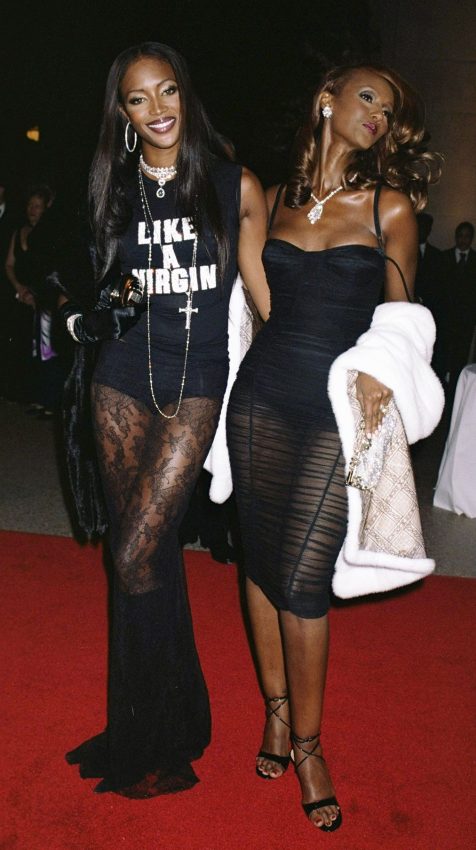 Rihanna in Guo Pei Couture (2015)
The 2015 theme was China: Through the Looking Glass. Rihanna opted for Chinese designer Guo Pei’s couture as she donned the iconic and quite memorable yellow cape ensemble. It was infamously dubbed the “omelette dress” for its striking resemblance to brunch, it went viral. Obvi. 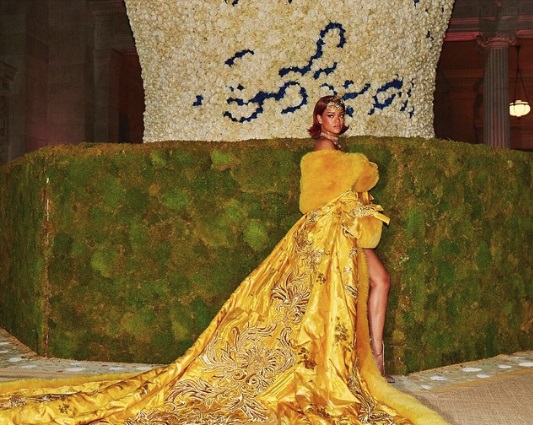 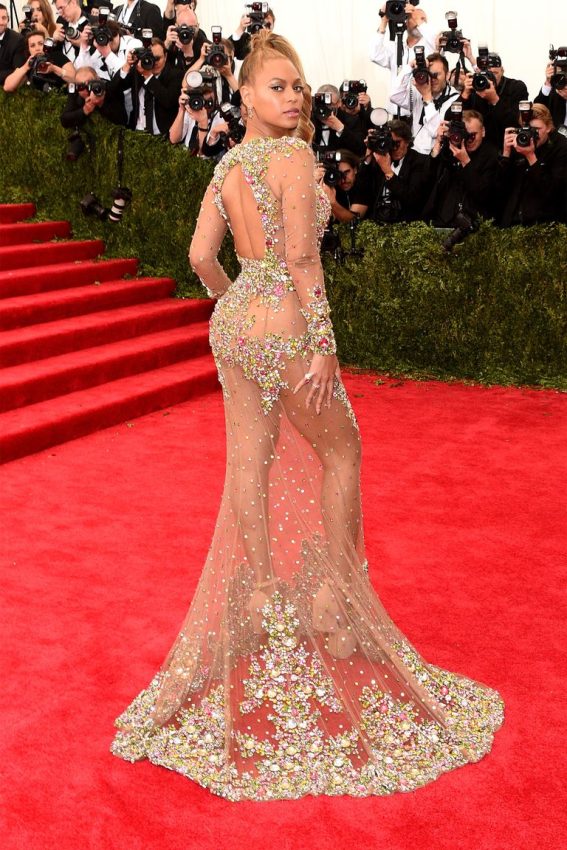 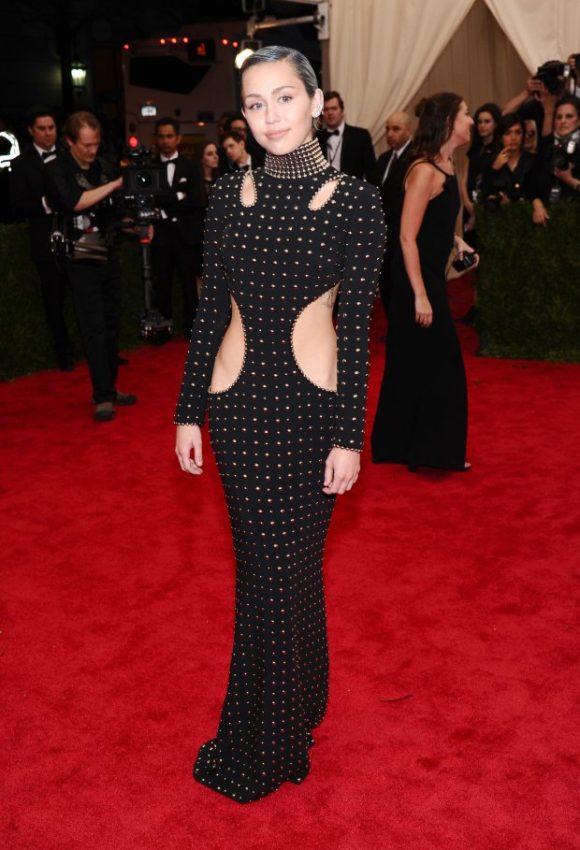 Sarah Jessica Parker in H&M (2015)
Can we just leave this here? SJP slayed in a Philip Treacy headpiece and a stunning high-slit dress that she designed in collaboration with H&M. That headpiece though. 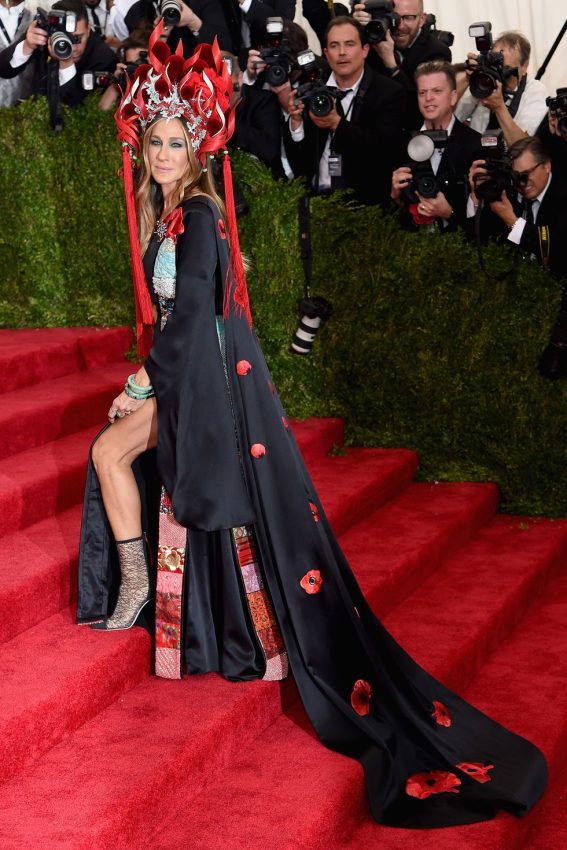 Lady Gaga in Atelier Versace (2016)
The 2016 theme was Manus x Machina: Fashion in an Age of Technology. It seemed like Lady Gaga’s wacky and weird personal style was simply on-point for the theme of this gala. She made quite the entrance in this futuristic outfit. Those heels tho. Yup, a star is born. 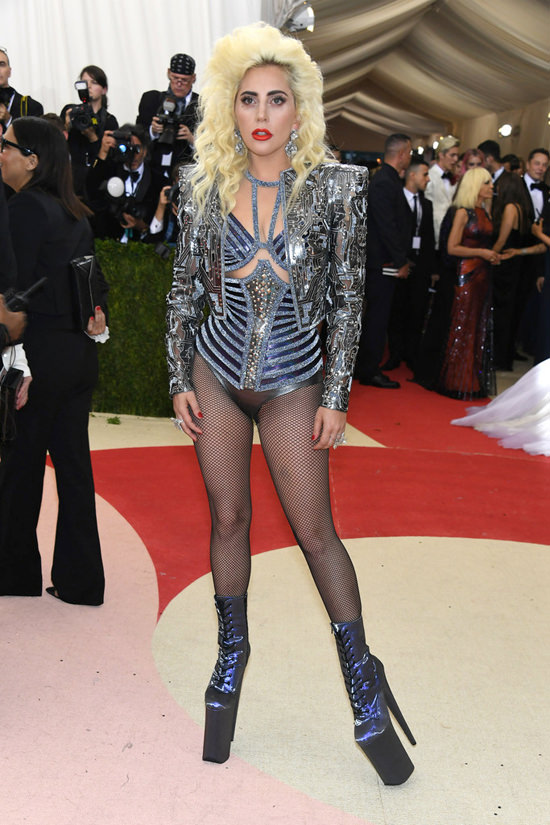 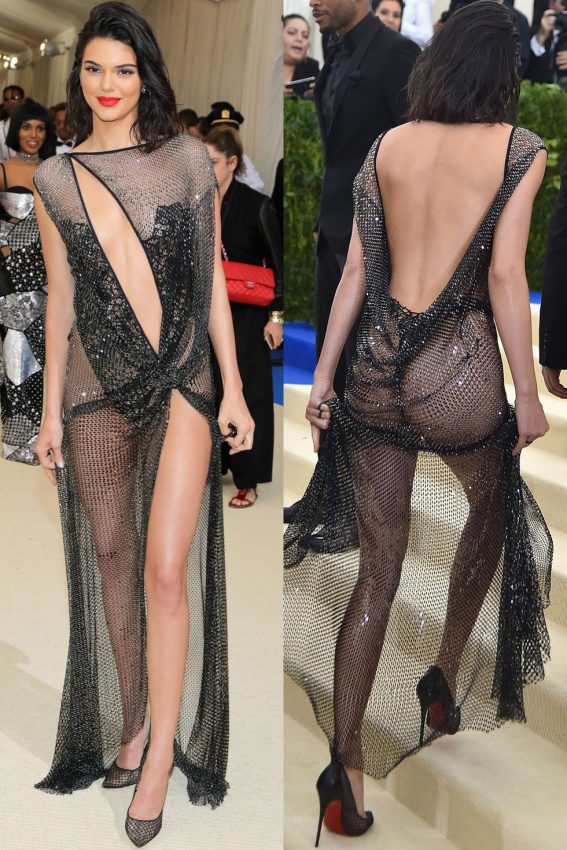 Bella Hadid in Alexander Wang (2017)
If Kendall killed it, Bella burned and buried it. She slayed in a sexy catsuit with a goth-meets-glam vibe. Created by Alexander Wang, her body suit was a curve-hugging, scoop-back piece with beading and embroidery down to the shoe. 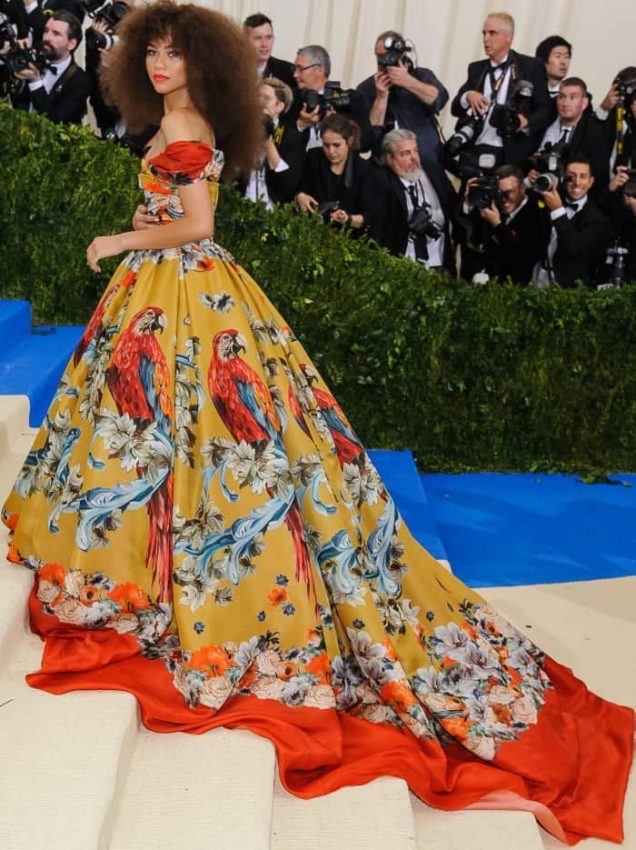 Rihanna in Maison Margiela (2018)
The 2018 Met Gala theme was Heavenly Bodies: Fashion and the Catholic Imagination. Rihanna wore a Pope-inspired Maison Margiela ensemble by John Galliano, which took his team 250 hours to sew and 500 hours to hand-embroider. Papal Chic. 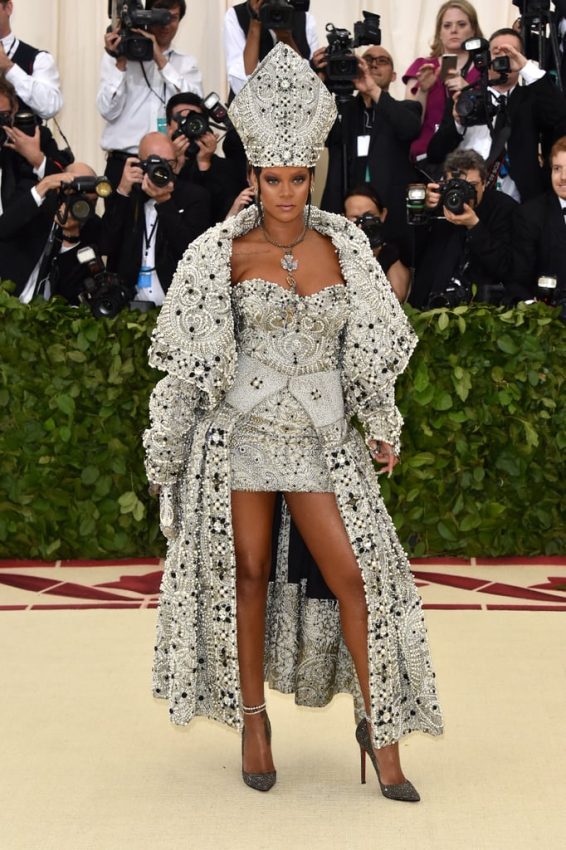 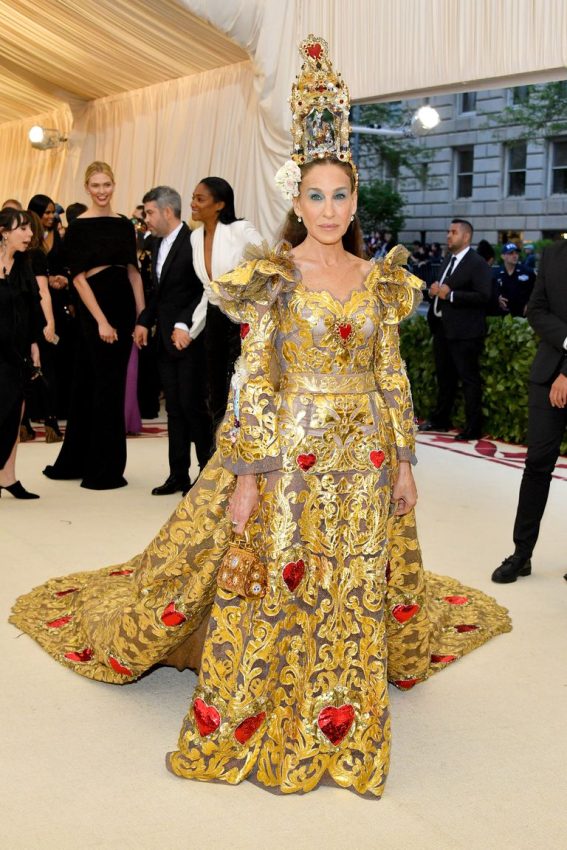 Cardi B in Moschino (2018)
Then-pregnant Cardi B showed up in a custom Moschino gown at the 2018 Met Gala. The floor-length gown and tri-pointed hat was simply too glorious. Pardon the puns. 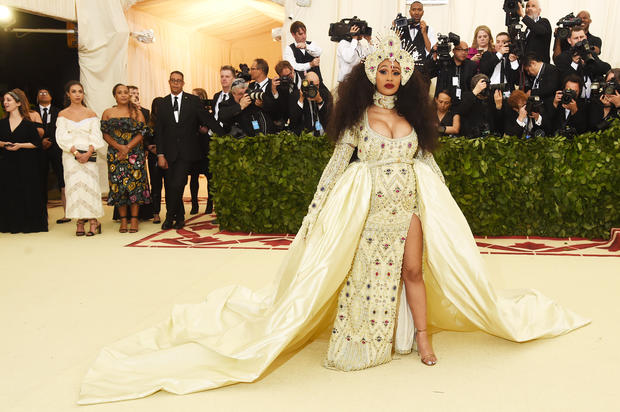 Katy Perry in Atelier Versace (2018)
Katy Perry winged it at the Met Gala last year as she touched down in a Atelier Versace gold chainmail-inspired dress accompanied by theatrical, angelic wings. Her fans were blown away. I mean, same. 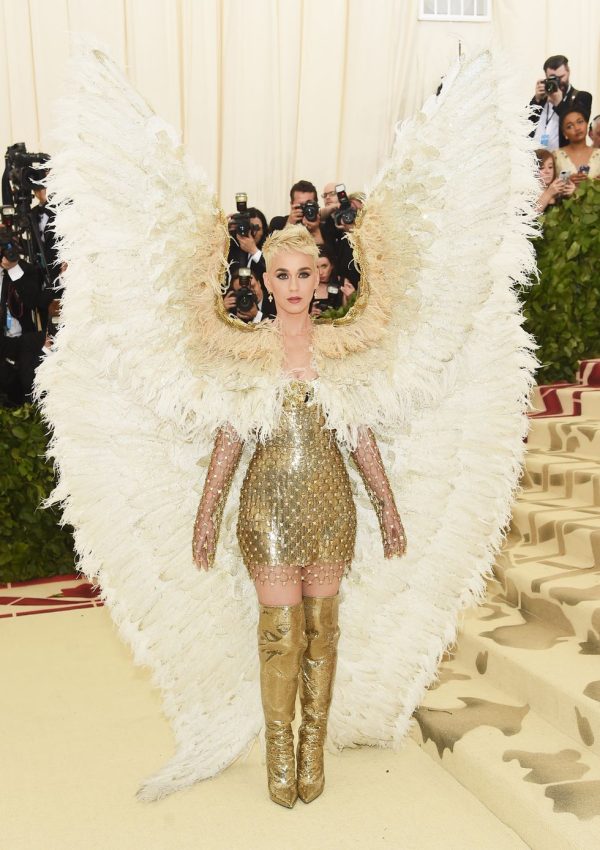 Madonna in Jean Paul Gaultier (2018)
Madonna’s fashion legacy is not an understatement. Proof: Her super Church goth look by Jean Paul Gaultier accessorized with crosses, black roses and a veil. Leave it to Madonna to leave no stone err.. cross unturned. Bow down. 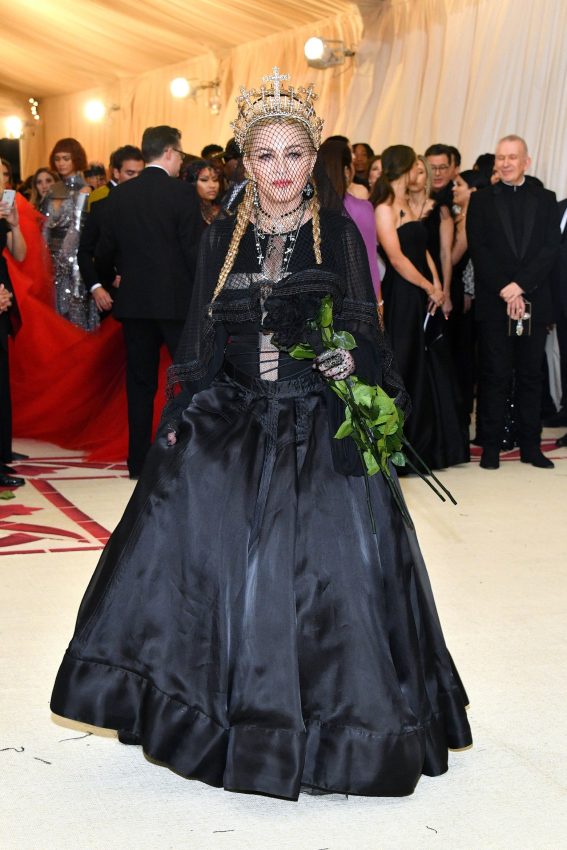 5 Key Pieces You Need in Your Work Wardrobe 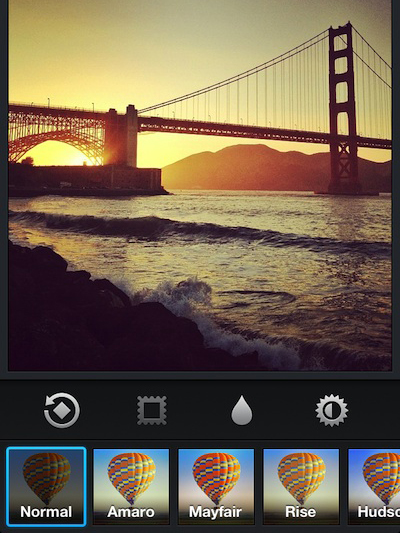 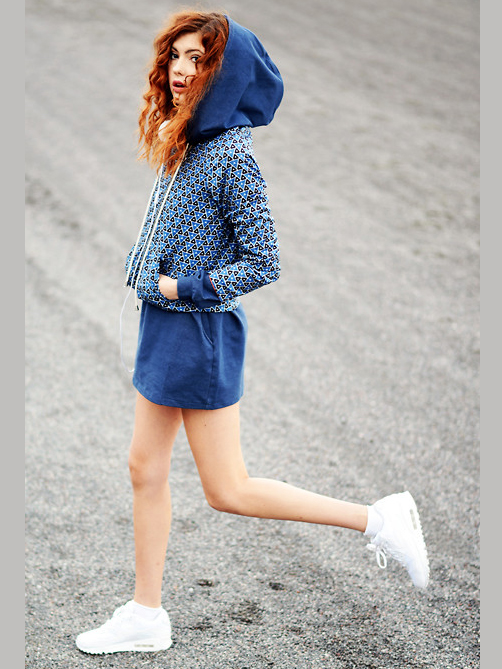