Here's to Miu Miu for seeking out the up-and-comers (or, well, the have-been-pretty-established-for-a-while-but-are-very-talented/hip/in-demand) for their S/S 2014 campaign.

Correct, my friends, the brand has named Elle Fanning, Elizabeth Olsen, Lupita Nyong'o, and Bella Heathcote as their campaign stars, so let's get psyched.

According to Vogue, photographs were shot by Inez & Vinoodh in New York, and four have been released and are available to see here.

As per usual, these Miu Miu styles are colourful, vibrant, fun, and, well, interesting. (In a good way.) They're super reminiscent of the late '60s and early '70s, which only adds to the already exciting aesthetic spring tends has to offer. (So if you're like me, and listening to the American Hustle soundtrack on repeat, you will be more than satisfied with what Miu Miu's giving us.)

And for the record: if you're like me (again) and on a budget, these campaign photos offer more than enough inspiration for your post-winter look. (Read: Lupita's platform shoes, and Elle's tights. And also everything else you can try and acquire from thrift stores — or your mum's closet.)

Here's to campaign season! Now give us more, everyone. 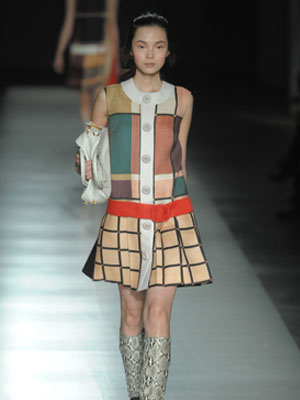 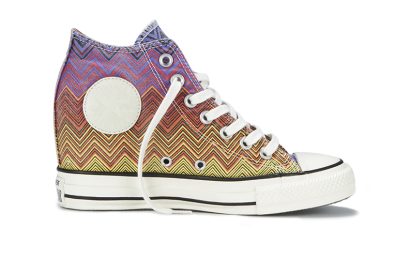