Embracing Menswear for Spring and Summer 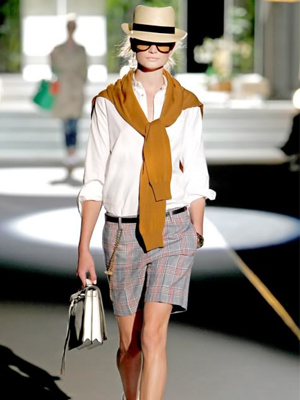 Forever iconized by Annie Hall, androgynous fashion has earned a place in our hearts and our wardrobes as the likes of blazers, button-ups, trousers and ties have become a permanent solution to business chic. However, while gentlemen-inspired fashion has long earned its place as a timeless aesthetic, the likes of Janelle Monae and collections by DSquared2 and Jason Wu have made it even more relevant in spring 2011. Here’s how you can pull it off.

While button-up blouses are the ultimate office go-to, buttoning them fully will give off an androgynous vibe that trumps the typical worn with a skirt approach. Ironed, crisp-looking and paired with high-waisted wide-legged trousers, a striped button-up will channel Diane Keaton circa 1977, while a plaid or solid-toned version will boost the masculine vibe, but without the overt pop culture references. Not ready to commit to being a Woody Allen muse? Opt for bright tones like purples and indigos, or go for a floral print which will still channel the trend but add a boost of femininity.

Though wide-legged trousers can help amp up androgyny in 2011, it’s pleated styles that add the touch of masculinity needed for a tailored, gentlemen-like aesthetic. But thankfully as temperatures rise, you won’t be sentenced to a braving pants in 30 degree weather: Jason Wu’s offering of pleated shorts helped take the look from spring to summer, and chains like Gap and Banana Republic have adopted a clean-cut, streamlined approach to seasonal collections appropriate for being worn both in the office and out. And not to worry if you’re not partial to dress pants: worn with a vest and a button-up blouse, pleated wide-legged jeans can successfully maintain both the 70s vibe and the androgynous look, making them perfect for 2011.

While most office wardrobes consist of a pants-and-blouse combination, using ties, vests, Oxfords and even glasses (depending on how far you’re willing to take the Diane Keaton affinity), you can add dimension to a basic outfit and pay tribute to the affinity for masculine inspiration. Worn closed and over a tucked in button-up, you can use a tweed or even a denim vest to make a standard ensemble seem well-tailored and put together, while a tie worn with a khaki shirt and black pleated trousers can pay tribute to a 1980s Annie Lennox without seeming costume-y or over the top.

Of course, if you’re not particularly inclined to play dress-up, you can easily adopt an androgynous aesthetic through slicked-back hair, minimal makeup and even by donning a shorter cut for those hot summer months. Striking “ albeit slightly severe “ hairstyles ruled runways this season, and by creating a dramatic side part and combing hair into a sleek, tight low ponytail, you can create the illusion of a shorter style and draw more attention to your ensemble by downplaying your hair and embracing a dramatic androgynous approach. After all, just because you have long hair doesn’t mean you can’t channel the striking Tilda Swinton. 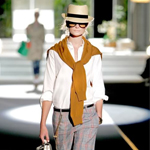 Related Content:
– 6 New Reasons Why You Should Raid His Closet
– A Shorts Story
– The Brogue Makes a Comeback for Spring 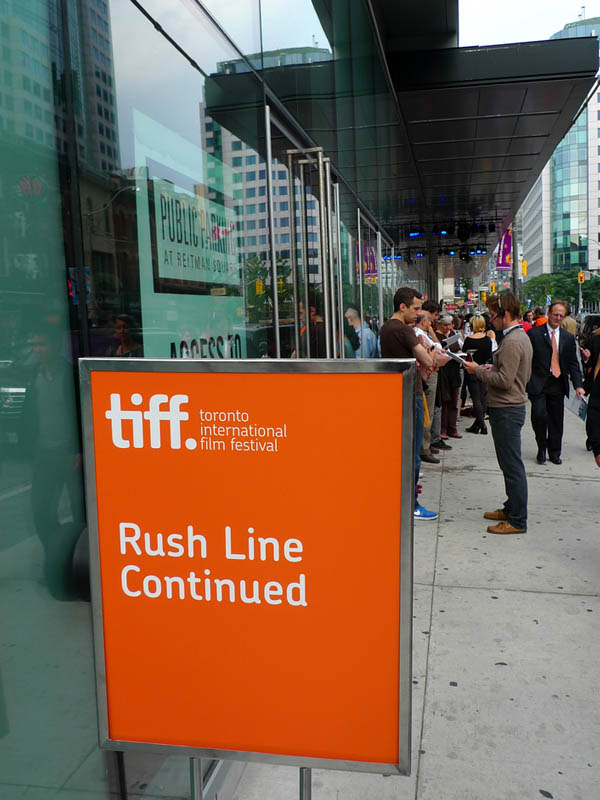 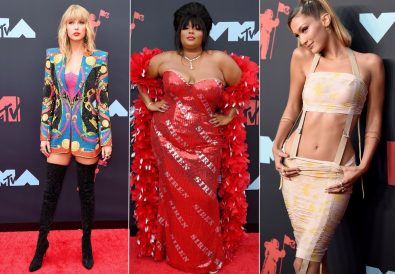