Ardene’s New Campaign ‘That Ardene Energy’ Is A 2022 Vibe

North American fashion retailer Ardene launched their latest campaign for the back-to-school season and the message that is pretty simple and straightforward: bring authentic energy to everything you do while reflecting a diverse community and a positive space.

The Montreal-born brand has been known for decades as the go-to spot for trendy clothing, footwear and accessories. Their new campaign is aptly titled ‘That Ardene Energy,’ to promote the celebration of friendship, inclusivity, self-expression, and individuality. The campaign images are a splash of bold, bright pink accents and the social feel of the campaign are a nod to Ardene’s own brand identity. The brand itself has evolved over the years, to keep in line with the customers who have also grown with the brand, while also targeting the next generation.

“We have a lot to celebrate right now, even as the world around us changes. During the pandemic, Ardene surpassed 40 years in business,which made us reflect on what keeps us tuned in and growing after so much time,” said Ardene’s Head of Marketing, Kelly Solti. “And the answer to that is our energy and our people. When you build teams that motivate, support, and listen to each other, the energy is real. We wanted to share that with our customers and invite them on that journey. That was the inspiration behind the campaign.”

To bring it to life, Ardene hired a real group of friends from their hometown of Montréal “to capture the magic that happens when you’re surrounded by people who uplift you.”

Ardene continues to expand their reach with over 300 stores across North America, including 35 in the U.S.and a dozen in the Middle East. I was invited to visit their most recent store that opened in Laval, Montreal. The stores are no longer the same – instead a bold new concept design takes over where apparel is arranged by colours and they have a new Ardene logo store front in white instead of the pink.

The store is highly visual with dedicated product zones, for instance, swimwear, dresses and festival sections are easily separated for easy shopping. One look around the store and I can tell that they are very much on trend with the latest styles and products. Their R&D teams work on predicting trends for their customer base every season. Ardene’s redesign priorities was to focus on Gen Z, which is their fastest growing customer segment, but also remaining loyal to their broader customer base.

Solti says that Ardene’s new campaign theme is an internal reflection of positivity. “All the best glow ups come from the inside out, whether it’s our teams or our customers, it’s about staying true to ourselves, not holding back, and being vibrant. Be who you are and support each other –that’s the key to success–that’s the energy!” 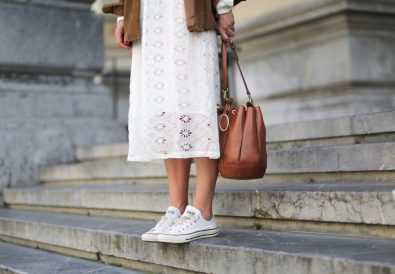 Here’s Why Converse Will ALWAYS Be Cool 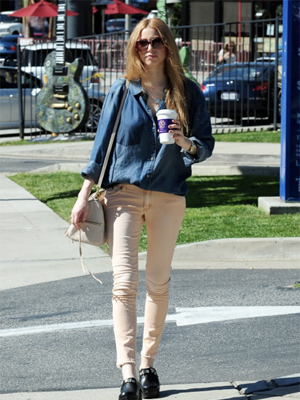 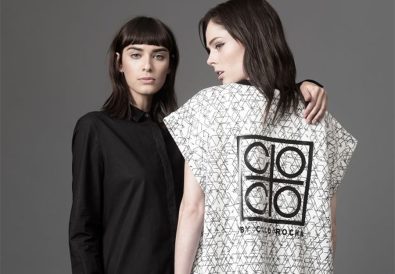