What Does It Mean When Your Boyfriend Doesn’t Want to Have Sex?

It’s date night. You’ve gone out to that awesome new Brazilian place, shared a great bottle of wine and now you’re back at your place, ready to cap off the evening by showing off your new Victoria’s Secret purchase.

But apparently he has other plans¦

Other plans that include falling asleep on the couch and waving you off when you try to (not-so-gently) nudge him awake and towards the bedroom. And this isn’t the first time this has happened. Come to think of it, you can’t even remember the last time the two of you actually had sex. So what the heck is up with your dude when he doesn’t want to have sex?

Even though the summer months (and that summer bod you worked so hard for) might scream for tons of hot, sweaty lovin’ sometimes this time of year can bring on some less-than-sexy side effects in the form of sneezing, stuffiness and watery eyes. Studies find that sufferers of seasonal allergies often notices a decrease in their sex drive during those month–because, let’s be serious, have you every tried to have oral sex when you can’t breathe through your nose?

Low testosterone and erectile dysfunction are conditions that affect a lot of men and often go undetected because of the embarrassment of admitting that their junk doesn’t work exactly the way it’s supposed to. If you suspect there might be a bigger issue going on with your guy than just a general lack of interest, try reminding him that it might be time for his yearly physical and he should get in to catch up with his doctor about his health and anything that might be causing him problems.

It’s not me babe, it’s you. This might seem like an oxymoron, but sometimes his lack of intimacy with you actually stems out of a lack of attention… from you. While we want to believe that men are innately sexual creatures (see: always horny), the truth is that not feeling wanted or desired by his partner can actually cause a major loss of libido in a man. So before you get offended by him not wanting to get down with you, make sure you’ve been giving him reason to believe you still find him a total hunk every now and then.

Again, sometimes we forget that guys aren’t these crazy sexual beings we make them out to be. Your guy might be dealing with stress at work or insecurity about his body or anxiety about his performance and all of that can make it real difficult for a guy to get it up. Instead of worrying so much about his man bits, gently try asking him what’s going on in his life and encourage him to open up to you about things that might be weighing heavy on his brain bits.

He’s just not that into you

Not to get harsh here love, but the reality is that a decline in intimacy can sometimes be a telltale sign that a relationship is on the outs. So if there is no other reason that you can pinpoint as to why your lust-life has been lacklustre, than maybe it’s time you sit your guy down for a chat.

Tags: boyfriend, Relationships, sex, what does it mean when your boyfriend doesn't want to have sex

The Worst Valentine’s Days I’ve Had 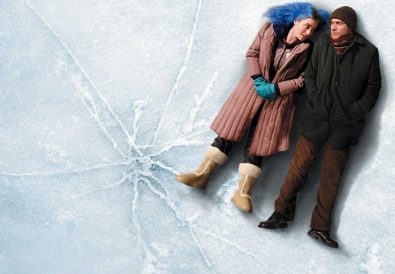 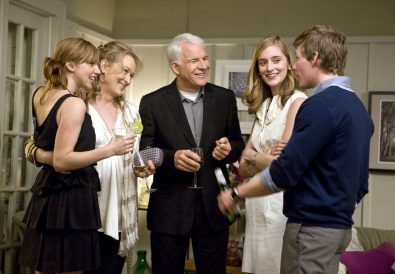 5 Movies to Watch for a Low-Key Mother’s Day