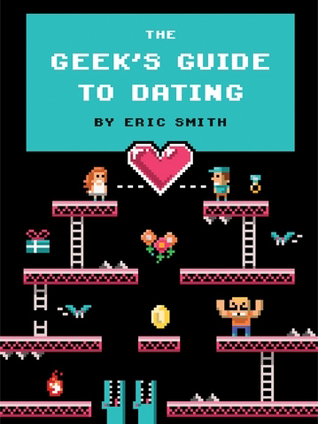 What is Eric Smith’s definition of a geek? He keeps his action figures in their original packaging. His bedsheets are officially licensed Star Wars merchandise.  He may not know a whole lot about scoring a chick. The author of The Geek's Guide to Dating took a few minutes to answer our burning questions about dating a fanboy.

29Secrets: What classifies someone as a geek?

Eric: Geeks are people that have a passion or a hobby that becomes such a huge part of their life, that it becomes a part of their day-to-day. It's an integral part of who they are. Here in Philadelphia, I have friends that are gaming geeks who, after years of playing and adoring video games, now actually make them. Many of my friends that read comics, have also published their fair share. Geeks take what they pursue, and really claim it as their own.

I mean, I'm a serious book geek. As a kid, I devoured every book I could get my hands on. These days, I try to write them and I work in publishing.

29: What dating challenges could a geek expect?

Eric: Good question! Well, I suppose some geeks have a tendency to struggle with unplugging. I know a lot of my friends do. It can be a real challenge for people that are tethered to their phones to remember to take the conversation and relationship offline.

Remember to put the iPhone away when you're on that first, second, or 137th date. That rousing game of Plants vs. Zombies 2 and/or Facebook comment that has you all worked up can wait. Pay attention to the person in front of you.

External challenges; maybe struggling with the idea that someone you're into isn't as invested as you are in whatever particular pursuit you enjoy. Maybe this perfect girl isn't a gamer, or this guy you're really into hates comic books. Don't take that as a sign you should stop seeing this person. Take it as an opportunity to show them why you care so much about games or comics. Or hey, maybe learn something new from them! In dating, there's always room to grow.

29: How can you use your “geekiness” to win over a crush?

Eric: Obviously your ability to recall just about anything can come in handy. I mean, think about how much time you've spent memorizing lines from Futurama, your favorite Internet memes, or my favorite, the combination of the two… the Futurama Fry Not-Sure-If Meme.

Use that special power for good, readers. Try to remember the little things. Surprise your crush. Months later, when you're a happy couple, recollecting all the details from your first date, remembering the first kiss, all of that good stuff…  it'll make their day.

29: What should women know about the geek guy?

Eric: That we're human and need to be loved, just like everybody else? Sorry. It's a chilly day in Philadelphia, and I'm in a Smiths mood. Really though, us geeks are no different than any other guy. We just happen to have a serious passion for various appropriately 'geeky' things.

Also, be ready to take a stance with your beloved during the XBox One and PS4 console war. It's here, and it's serious.

Eric: Alas, I can't! A gentlemen geek doesn't use pick-up lines. Don't rely on quips you think are witty. Be yourself.

The Best Date Spots in Toronto