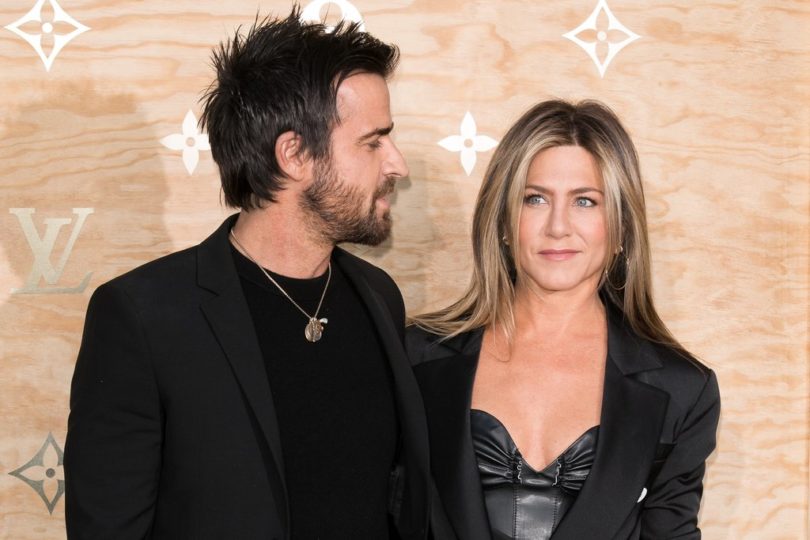 This past week, the conversation has been all about Jennifer Aniston’s separation, and to say people have been eating it up is an understatement. It’s been a goddamn feast, to say the least. And it should be noted that Justin Theroux, by the way, is the name of her partner of the past seven years — (who she has reportedly been estranged from since before the new year) — though you’d never know he was even part of this split because the narrative around them calling things off has had virtually nothing to do with him.

In fact, a simple Google search under the news section when you type in “Jen Aniston split” shows a slew of articles and images of the Aveeno-using, Smart Water-drinking Jen alongside former ex, and fellow-single, Brad Pitt. Pictures from happier times no doubt, before he left her for Angelina Jolie.

And boy, does this ever infuriate me. Because the headlines and narrative being presented is that Jen can’t hold onto a man. That she’s back in the position of being America’s saddest singleton who can’t catch a break. That perhaps the lord and saviour Brad Pitt will throw her a bone and they’ll reunite and live happily ever after.

As if she isn’t a grown woman who knows when a relationship is no longer serving her that she should walk away and then grieve and then move on in a way that she sees fit.

As if being single at a certain age is something to be ashamed of.

As if she needs to take a step backwards (i.e.: go back to Pitt, a man who cheated on her and then left her in a very public and embarrassing way,) instead of accepting her current situation, learning and growing from it and coming out a stronger, better person.

Yet within minutes of her split, her name (not that of her hubby of just under three years, partner of seven…SEVEN you guys!) was trending, and the Twitterverse was hoping to cleverly create a reunion between her and her more famous ex. Which by the way, makes coping with a loss all the more trying. And yet, this reaction of many really speaks so much of where we’re at as a culture. That going backwards is seen as ‘better off’ than being alone. That being single is something to be ashamed of. Fuck that noise.

The morning after her split, the ladies of The View chimed in on a segment on her split under the guise of: ‘Well, some people just aren’t meant for marriage.’ One host was gunning for a Brad/Jen reunion, and described it as “the ultimate redemption story” for Aniston. Which, like, whatever.

Being single and removing yourself from a sitch that is no longer serving you, coming to terms with the fact that things are no longer working out with someone you invested your time, trust, and heart in, and then having the strength necessary to end things, is one of the bravest things us humans can do. So to go through those heartbreaking steps, then have to make a public declaration about it and in turn hear all the noise and responses, the shock and awe, the put-downs and age references, is really a hard pill to swallow whether you’re an A-list celeb, or just a normal, everyday peasant like yours truly.

You see, the problem with making splits known, is that doing so comes with a knowingness that whatever it is you’re going through is over. We tell people things have ended for a variety of reasons: to prevent us from going back. To help develop a much needed support network, because as the saying goes, breaking up is hard to do, and it’s made even harder to go it alone. But we also share it’s over when we know there’s no going back. It allows us to separate ourselves even further from the person, own our truth and help get our independence back as no longer a half, but a whole.

No matter who you are, breakups are hard. They’re heart-wrenching and challenging and take a while to accept and move on from. But if you’ve ever been through a split, chances are you know that what you need when healing is positive vibes, you time, and to reconnect with your higher self. We need not jump from person to person after a loss. In fact, a breakup is the best time to lean into our independence and reinvent ourselves to be better, more understanding people.

What we don’t need is the trainwreck of reporting that we’re seeing in regards to Jen’s split. It’s taking us back so many years where women were once defined via their relationships to others, as opposed to the strong, brave, successful, powerful women they are on their own.