How to Face One Night Stand Guilt

Maybe you've known the feeling. You wake up the next morning, thinking you should have a sense of triumph or accomplishment, like the way you're certain guys do. After all, you just got lucky. You sneak out of bed, throw yourself together in the bathroom, and creep on out. Or maybe you have a slightly awkward breakfast together. But somehow, the moment you are out the door and alone, you feel… guilty.

By all logic, there is nothing you should be feeling guilty about. You're a human being with needs. You're entitled to some fun. You can make your own adult decisions. So why do so many women feel one night stand guilt? Why can't we just swagger home with a silly grin on our face after we get a little naughty?

Because we’ve been taught that naughty is not nice. And we should be nice.

Of course this is ridiculous, so here are a few steps to facing the one night stand guilt – and how to stop feeling guilty about it.

It's not you, it's gender stereotypes

As liberal as we've become compared to the days of yore when women were required to be virgins until marriage, we’re still taught that you're either a slut or a good girl. While it's difficult to avoid, you can make an active effort to not participate in these gender stereotypes. Don't call other girls sluts. Don't even call them good girls. You know the conversation; "Why wouldn't he want to date her? She's such a good girl! She's always had longterm boyfriends." Whenever you participate in validating these stereotypes, they become true in your own mind. And when you find yourself having a one-off sexy time, somewhere inside you’re thinking that you fit into the slut category, which you've now come to associate as a negative thing. So stop the labels.

Women are more likely to need a connection

You can chock this one up to biology. We’re nurturers by nature, and from a purely caveman perspective, we have more success with our lineage by having a reliable male around. That requires a strong connection. Of course, one night stands have nothing to do with creating lineage (well, ideally). Are you really feeling guilty because somewhere deep down you wanted a little more from your partner and you know you won’t have it in this case? If so, accept that it's a natural feeling, and focus on the immediate fun you had instead.

Give yourself permission to let go

Sometimes it's hard to give ourselves permission to let loose and have fun. Our logic interferes, or maybe we're grieving over another relationship, or it's just not in our usual nature. We can become so obsessed with doing everything "right" that we forget how good the "wrong" things can feel. And that's because they're not really wrong. Chocolate cheesecake? Not wrong. But you can feel pretty guilty after. Is it really worth the guilt though? Do you really want to negate the velvety sweet goodness of chocolate cheesecake by feeling bad about it after? Remember that you are allowed to indulge. So go ahead and tap that chocolate cheesecake.

If you still repeatedly feel guilty, why are you really doing it?

Are you just wanting to fit in with your friends? Get your numbers up? Not succumb to double standards? Those might not be the right reasons for one night stands. If you repeatedly feel guilty afterwards, maybe it's just not for you. And that's perfectly fine too. Make sure the reasons you're doing it are the right ones.

He wasn't what you expected the morning after

Ah, lighting. It can do a lot for a person. So can copious amounts of alcohol. So if you're feeling guilty because the thought of the person you were having sex with grosses you out the next day, well… You'll just have to wait that one out. It happens, but time heals all icky feelings. A palate cleanser perhaps? Just opt for better lighting next time. The Dating Game, or How to Swipe Away Your Confidence

Friendship 101: How to Learn to Trust Again 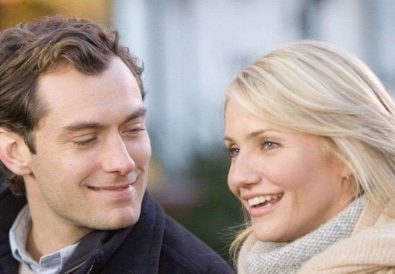