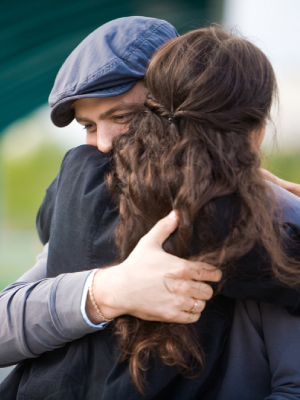 Ending a relationship is never any fun, but if you’re hoping for an amicable split, just keep a cool head and follow these tips:

These conversations need to happen in private, where you can cry if you want to, or head to another room to calm down. You can’t end things properly in public, when you’re trying not to make a scene. Plus, an honest break-up talk takes much longer than a cup of coffee.

If you’re the one ending things, be prepared to have a legitimate explanation to back up your decision. Try to be honest, but avoid too much finger-pointing. If you feel his actions are to blame for the break-up, make it clear that you’re not actually asking him to do anything differently, or you might be stuck taking him back before you even manage to break up.

Don’t say let’s be friends if you don’t think you can really handle being in touch or seeing each other right away. It may be tempting to take the sting out of parting, but it can also be important to actually have some time apart. Plus, if one of you wants to switch into friend mode and the other one isn’t ready, it will just lead to more hurt feelings. If you’d like to talk eventually, set a time period from the get-go so you both know what to expect.

Keep the gifts (for now)

This isn’t high school, and shoving a box full of cards and CDs into his arms won’t say, I’m over you. The only gift you might consider returning is an engagement ring. And don’t make any rash decisions about destroying or throwing things away just yet. That pretty bracelet that makes you burst into tears now might just be a pretty bracelet six months down the road. Plus, if you think there’s even a slight chance of getting back together at some point, it could be a little awkward to explain that everything he ever gave you is sleeping with the fishes.

Don’t do it unless you mean it

Do you really want to be the on-again-off-again couple? Breaking up isn’t a tool for revenge or a way to make him change. Some people do manage to re-unite after some time apart, but don’t hold your breath for this, especially if you can’t accept the idea of him finding someone else in the meantime. 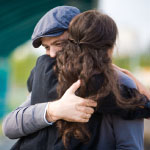 Related Content: – When to End It– How to Get Over a Breakup– Should You Tell a Friend to Dump Her Boyfriend?