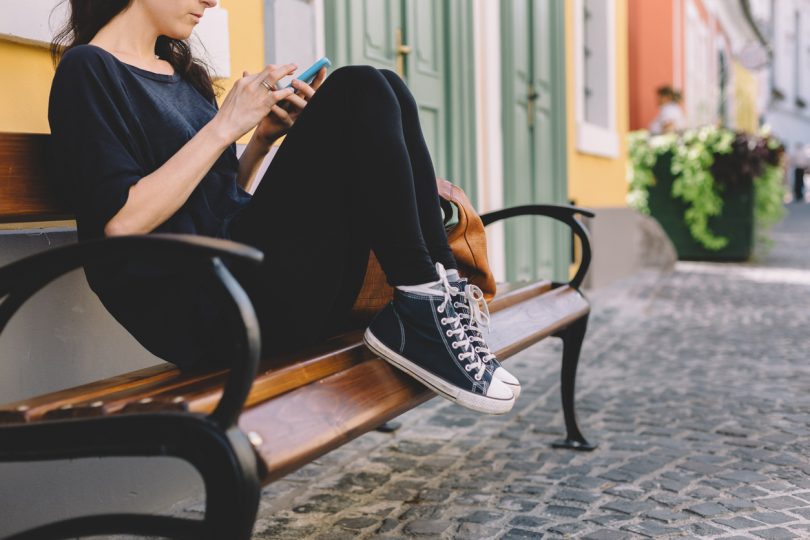 When people peace out without telling us what up, we’re often left wondering where we went wrong. We take it personally. We feel like shit. We feel rejected. And that often makes us want that guy all the more so, because we want to prove that we are worthy (whether to him or to ourselves, no one knows.) Even though this approach is not something we honour, we asked Toronto bachelors (after promising them anonymity so they’d be honest AF) for some insight as to why they decided to take the disappearing route on someone they went out with (casually, or otherwise.)

Here are their responses:

“It’s easier to ghost than to try and give the girl the bs line ˜I’m not really looking for anything serious right now.’ I also feel like it hurts a girl’s feelings more to have to tell them to fuck off in a nice way, than it would to let them slowly disappear.” Anonymous, 35 years old

“Because half the time when I try to explain to a girl what’s up, they tell me I’m an asshole or I’m wrong. If they’re going to think that either way, I might as well avoid the headache. More times than not, women have tried to tell me why I should stay with them. That’s like a drunk dude at the bar who won’t leave a girl alone. Ghosting avoids that whole ‘Oh my god I said no like 100 times’ ordeal.” Anonymous, 29 years old

“People are afraid of offending others and being honest. The truth hurts. Saying nothing is easier. We all take the easy way out. It’s just worse when time and experience has been invested (or sex for that matter), especially if it was amazing. I can’t remember the last time I told someone or had been told ˜I’m just not interested’ either without a full-blown explanation or lie for that matter.” Anonymous, 34 years old

“I don’t know, sometimes I just got bored with a girl. Sometimes it was mutual and we both just faded away. We’d text less and less until it was no more. One time I tried to tell a girl that I didn’t think we were headed anywhere but she kept messaging me, so I just stopped messaging her back.” Anonymous, 35 years old

“I didn’t respond because I felt there were a lot of red flags and I was stressed out about my job at the time and was juggling too many things. Not a great excuse. I still feel bad. But I felt it was easier to ignore than to deal with it head on.” Anonymous, 37 years old

“Too nice/couldn’t let them down. Don’t want to crush them and so hope to tippy toe on out. It starts with one day. After day two and three it’s gets real and then the texts get more serious, like: ‘Hey! What are you up to? Hope you have a great day!’ and you definitely don’t want to answer those. You eventually get to a line in the sand: I’ve already gone this far and, rather than explain when you’re already in the wrong, it’s easier to just keep on going. Think Forrest Gump when he went for a run: you don’t really know where you’re going but you just keep on going!” Anonymous, 31 years old

“If it’s after one date or so, I don’t believe it’s necessary to say anything. Ideally both people will feel there wasn’t a spark (again, ideally). I think it’s done more out of respect, as in not looking to hurt anyone’s feelings by saying you’re not interested in a second date. If it’s one date, I don’t think you owe that person anything. If you went for a drink, no kiss or anything, you call a spade a spade.” Anonymous, 35 years old