Nicole Richie To Release Her Own Perfume

It’s been a year since plans for Nicole Richie’s signature scent were first announced, so anticipation is obviously high.

Well, world – get psyched: Nicole By Nicole Richie is hitting shelves in September, just in time for F/W 2012.

Described as a “cool classy scent with an edge,” Nicole Richie described the fragrance as inspired by the layers of scents her Mom used to put on every morning.

“I have a very traditional Southern mom,” she explained. “You never left the house without lotion. Over her lotion went oil and perfume – she was very put together from head to toe. It wasn’t just a one dimensional smell – there were many different layers.”

Working with Steve DeMercado of Fragrance Resources, Nicole Richie strived to make a scent that embodied those aforementioned childhood memories. Nicole By Nicole Richie is also promised to contain notes of blackberry, vanilla, amber, Seville orange, Moroccan rose, valley and papyrus – to name a few. As for the bottle, Nicole Richie wanted it “to represent different layers of a woman” and to “create a very intricate bottle that was still elegant, but not so in-your-face girly at the same time.”

You can investigate the bottle and the scent for yourself when Nicole By Nicole Richie launches in September, and is priced between $55 and $69. 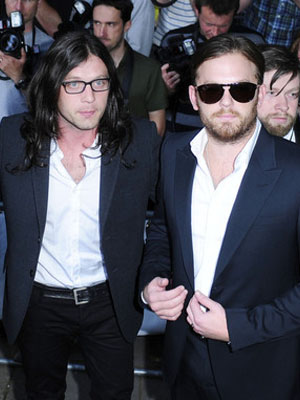