A Call For More House Parties: A Summer Manifesto

Easter weekend makes me think of one thing: There’s Something About Mary. In April 1999, I hung out with my best friends on the Thursday before Good Friday, and one of them proposed renting what, at the time, was obviously the most important cinematic offering of all time. The only thing is, I wasn’t allowed to stay and watch it. My parents adhered to a strict, “If it’s rated R, you can’t see it” ethos at the time, so as my pals began their journey down the hair gel rabbit hole, I lamented the unfairness of missing out.

The thing is, I grew up in an age that urged me not to. The year’s most important teen movies (10 Things I Hate About You, She’s All That, Can’t Hardly Wait, Never Been Kissed – to name a few) were defined by the promise of freedom existed within the embrace of a raging house party. And while There’s Something About Mary was steeped in flashbacks and hinged primarily on prom, the movies I was allowed to see sold me a message I realize I’m still clinging to: house parties are magical, exciting, and an essential component of spring and summer. And movies about them also taught me to socialize. 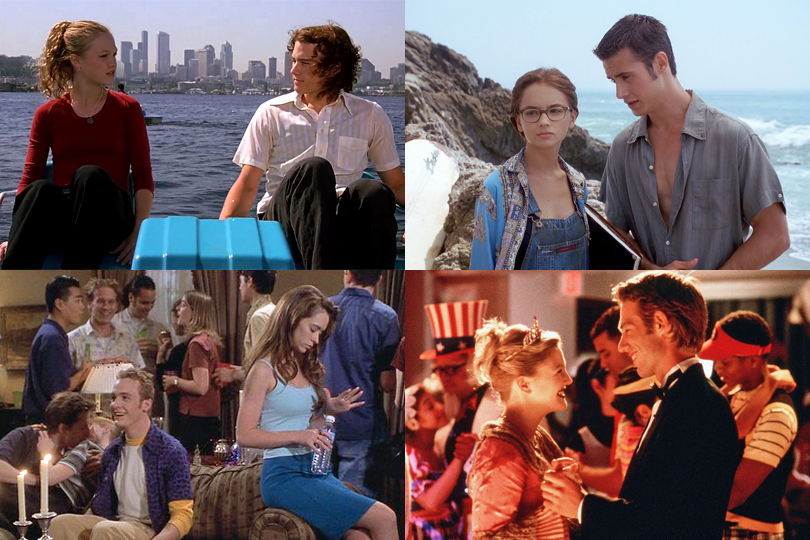 Which seems like a stretch, I know. But if you grew up in suburbia – a place defined equally by boredom and the possibility of what one can get up to because of it – house parties were where you learned to exist outside the walls of your school. They’re where you saw friends (and enemies) try on the personas they so badly wanted to carry off, and where you showed off how loud you were and somehow simultaneously how apathetic you could be while hoping everyone you thought was cool would pay attention. For me, a former eighth grade valedictorian who honed a reputation of being Too Good™ (see: religious), they were my audition for a life outside the confines of my accepted personality. I’d watched as Kat Stratford, Lainey Boggs, and Josie Geller expressed different sides of themselves to the joy and horror and disapproval of the people they’d known for years, and I tried to follow suit accordingly.

And it was obviously a nightmare in my real, actual, teenaged life. I’ve never been good at being anybody but myself, and while I certainly wasn’t anyone who was psyched about having done well in religion class, I knew entering every room of Johnny B’s house screaming, “Woo!” wasn’t the secret to my social success. But that’s fine, because over many years I learned. Particularly: that movies aren’t real, that your classmates will never be as cool as Heath Ledger, and most get-togethers are fun for about 20 minutes before realizing it’s time to leave. But my favourite movies from two decades ago were my stepping stone.

The thing is, as a 33-year-old woman embarrassingly obsessed with the 1999 and its predecessors, I’m starting to romanticize the tradition I was so excited to graduate from. I spent most of my mid-twenties watching my go-to comfort films and announcing how relieved I was that I now socialized like a “grown-up,” only to realize how much I missed hanging out in such a simple, basic way. I missed running into people I hadn’t seen in eons. I missed not having to spend money on a night out should I choose not to. I missed the closeness and distance and how sometimes the best parts of house parties are when you stand off to the side with a friend and catch up while eating Ritz crackers. And I missed the butterflies of seeing somebody you have a crush on (only to seconds later find out he just got engaged which, like, fair and I understand and respect this – but damn it, those first precious seconds were such a nice time).

I mean, I know I will never attend a party like Bogey Lowenstein’s in 10 Things I Hate About You (because I would never disrespect someone’s house so egregiously – and because I can’t afford to replace his windows), and I know if I saw a woman passed out in the bathroom ala Clea DuVall in She’s All That, I would ensure she wasn’t left alone, was paired with the pal she came with, and then promptly put into a cab with said pal who I would make phone me upon reaching their final destination. (Or, I would probably just drive her home myself because I trust no one.) I also know that nobody sees a house party as the be-all and end-all to particular possibilities. But that’s okay, because they can still be fun. They can still be a place to test out slightly different personas or to put on a Real Outfit or to cram as many people you’re comfortable with being near in your living space. They can still be a vehicle for possibility. They can still be magical.

Or, they can be a reason to gather everyone around to watch There’s Something About Mary because to be honest, I still haven’t seen it before. 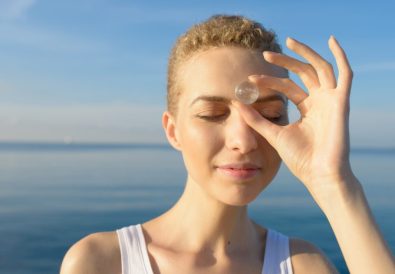 The Top 5 Crystals to Channel Your Inner Lady Boss 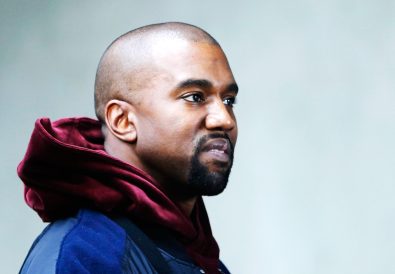