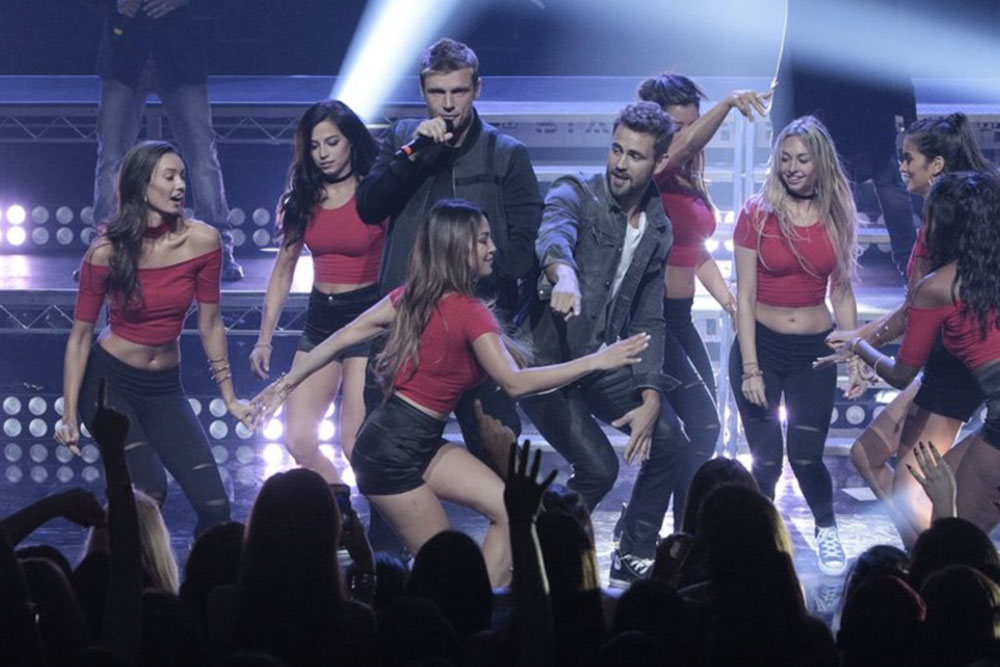 If you thought we were done with Corinne, think again!

1. Picking up where we left off last week, after sending Liz home, Nick told all of the ladies at the cocktail party that he and Liz hooked up and Jade and Tanner’s wedding (you know, ICYMI or something). He told the ladies he’s open to answering any questions they may have. Some of them cried and questioned what they were doing there (and what Nick’s intentions really are), but ultimately, he handled it pretty well. Because, like, this was before the show started filming anyway.

2. Where it started to get tricky was when he started chatting with the ladies one-on-one and he was basically fishing for them to tell him it’s okay and that he’s a gentleman and blah blah blah (which a few totally did).

3. Where it started to get really tricky was when Corinne took that information as an opportunity to very blatantly seduce Nick. As in she changed out of her cocktail party/rose ceremony dress and put on a trench coat and then brought Nick some whipped cream and forced him to lick it off her chest. He stopped it before it went too far (I mean, he licked it off her chest and then stopped it), which sent Corinne up to the bathroom in tears. Ugh.

4. When it came down to the rose ceremony (that we were stiffed last week), since she already had a rose, Corinne decided to snooze (literally) through the entire thing. Of course, Nick was more concerned about how it would affect her time in the house with the other girls than what sort of person that makes her and what kind of partner she would be to him. I just can’t make this shit up.

5. When Nick called Alexis’ name to give her a rose (the dolphin/shark/whale chick), she pushed two girls out of the way (please don’t ask me who), with a very serious, “Move bitches.”

6. Okay, BUT THEN on the group date a bunch of the girls got to hang out with THE BACKSTREET BOYS (if you’re not freaking out, we can’t be friends). For the first time in the franchise, we actually didn’t mind a music date because the crew got to the learn the moves to “Backstreet’s Back” (as if they didn’t already know) and then perform live on stage in front of people. Of course, there were a few ladies that were claiming to love BSB (gurl, plz), to which we happily liked this tweet:

7. Then, since the attention was no longer on her (but on Danielle, who was a cheerleader or something and had some serious moves (I HAVE NO IDEA WHO HALF THESE PEOPLE ARE), Corinne, who apparently can seduce a man like nothing but can’t dance for shit, left the rehearsal to cry in the bathroom. Then, when Danielle stayed on stage with Nick to be serenaded by BSB (these moments always make me cringe), she went on and on and on about how she wanted to throw Danielle.

“If you wanna party let me hear you yell!”‘ @backstreetboys #TheBachelor pic.twitter.com/qRpHR67YoI

8. Later in the date, in a daringly short dress (not a slut-shame, just an observation), Corinne took Nick aside to apologize for missing the rose ceremony (and to explain that she’s not very good at “planned dancing,” or choreography, to normal people).

9. During the group date, the ladies finally found out about Corinne’s nanny and they were (obviously, rightly) appalled.

10. Finally Nick got to develop a REAL relationship by going on a solo date with Vanessa. They went on a zero gravity plane and got to feel like they were astronauts in space or something. I mean, no BSB date, but still cool. Vanessa got sick on the ride and Nick was actually pretty sweet comforting her while she was puking and even kissed her afterwards, which made this tweet even more hilarious:

11. On the next group date, a bunch of the girls had to do these obstacle-type things with some Olympians (again, no Backstreet Boys, but still cool) and it got pretty heated, but, after winning, Astrid got some solo time with Nick in the hot tub. Dominique was freaking the eff out because she felt as though Nick didn’t even want her there (even though, like us, he probably just couldn’t remember her name…?). Which, like, we’re back to our original complaint: You came on this show knowing he was dating 30 girls. UGH.

12. Dominique approached Nick and kinda bombarded him asking like why he didn’t pay attention to her or notice that she was upset (instead of, you know, just taking the opportunity to actually talk to him and see if there’s a real connection there). Since she just couldn’t let it go, Nick sent her packing (since, you know, he couldn’t remember her name anyway).

13. Nick decided to skip the cocktail party (and instead do a pool party, because #boobs), but that also meant that we didn’t get a rose ceremony. AGAIN. But, before all that, to get Nick’s attention, Corinne got a bouncy castle (or, probably her nanny did) and they made out and rolled around and it was kinda, you know, awkward with everyone else watching. Of course, after, she took a nap, as one does.

14. BUT the best part of it all was when Raven told Nick about Corinne’s nanny (his face: priceless) and then Vanessa SHUT HIM DOWN and we’ve never gunned for a Bachelor contestant more. YAS FOR THE CANADIAN GIRL YAS! 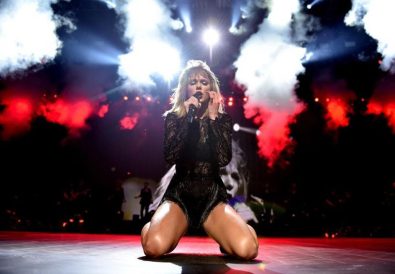 The Most Anticipated Album Drops For Fall, From Nicki To Taylor