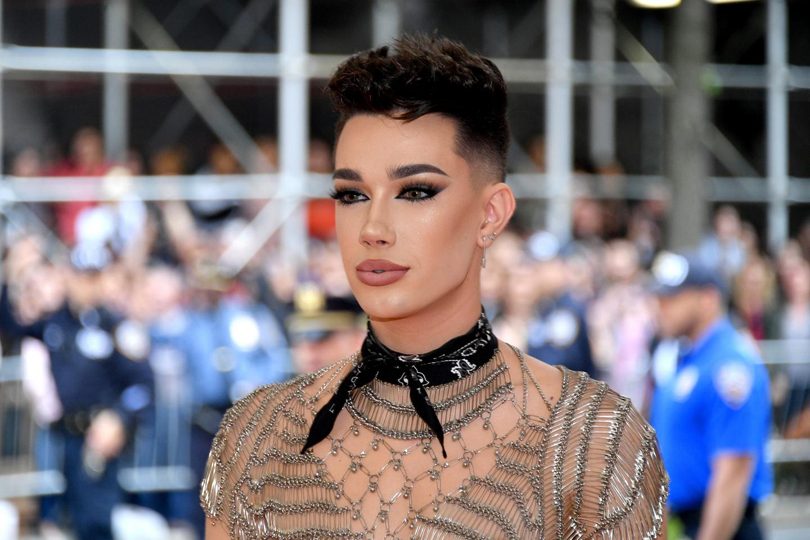 When life is made up of a series of clicks and double taps, Likes and Unfollows, it often feels surreal, like a virtual bubble where actions have no consequences and snarky words get to hide behind a big blue filter. Or specifically, in beauty vlogger James Charles’ case, behind a wall of foundation, concealer, highlighter, contour, powder, blush, falsies, mascara, eyeshadow, lipstick, gloss…

The once makeup artist to the people (a.k.a: his former high school friends who were rumoured to have paid him approximately $5 a face), turned male beauty vlogger on YouTube, seemingly became an overnight sensation thanks to his ability to apply Kardashian-worthy lashes, embrace sparkle and create a contoured cheek in mere minutes on screen. His demeanour and approach to gender-free beauty was infectious, needed and in hot demand by Millennials and Generation Z’ers wanting to create their own style-reality. The consuming consumption of Charles’ videos captured the attention of beauty bigwig CoverGirl and in 2016, at 17 years, Charles became CoverGirl’s first male beauty spokesperson.

And just like that he was one of the top YouTube sensations, garnering 16 million followers on YouTube and Instagram alike, creating his own makeup line, enjoying lucrative endorsements and having the privilege to attend the exclusive Vogue MET Gala.

The focus of a social media feud with Tati Westbrook, a YouTube beauty vlogger and Charles’ former friend and mentor, is giving his online credibility a run for his money. In the he-said-she-said interpersonal conflict, Westbrook, who owns a vitamin company, posted a 45-minute video titled “Bye Sister,” claiming Charles betrayed her friendship by supporting a rival competitor. She also mentioned that she was upset by his “disgusting behaviour,” lying about endorsement deals and trying to “trick a straight man into thinking he’s gay, yet again,” alluding to an incident at her recent birthday party.

Charles has since video-apologized, but the damage seems to be done. He’s lost about three million YouTube followers and counting, including celebrities like Kylie Jenner, Kim Kardashian-West, Demi Lovato, Ariana Grande, Katy Perry, Jeffree Star, Shawn Mendes and Miley Cyrus, to name a few. Whether or not his contract with CoverGirl is in question remains to be seen. But his ex-fans are expressing every emotion possible from sad and angry emoji faces and unflattering memes to backlash and harsh words. On Twitter @AmyJose67839852 wrote: “If everyone boycotted plastic like they did with James Charles, global warming would end.”