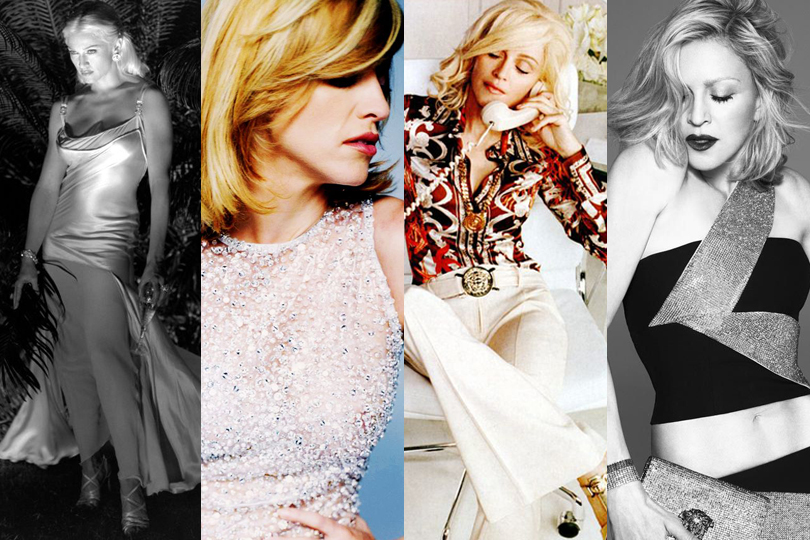 Before artist and brand collaborations were an everyday news item, Madonna was bridging the worlds of music and fashion together. One of the fashion labels that has been consistently associated with Madonna throughout her career is, of course, Versace. She has had close ties with the Italian fashion label since the late ’80s, thanks in part to her friendship with both Gianni Versace (1946-1997) and his sister, Donatella Versace, who took over as creative designer of the Italian fashion house when Gianni was murdered.

Versace has dressed Madonna for countless events and photoshoots throughout the years, but the four ad campaigns that she starred in remain some of the label’s most iconic. Here’s a look back at each of Madonna’s ad campaigns with Versace and a little bit of background to accompany. 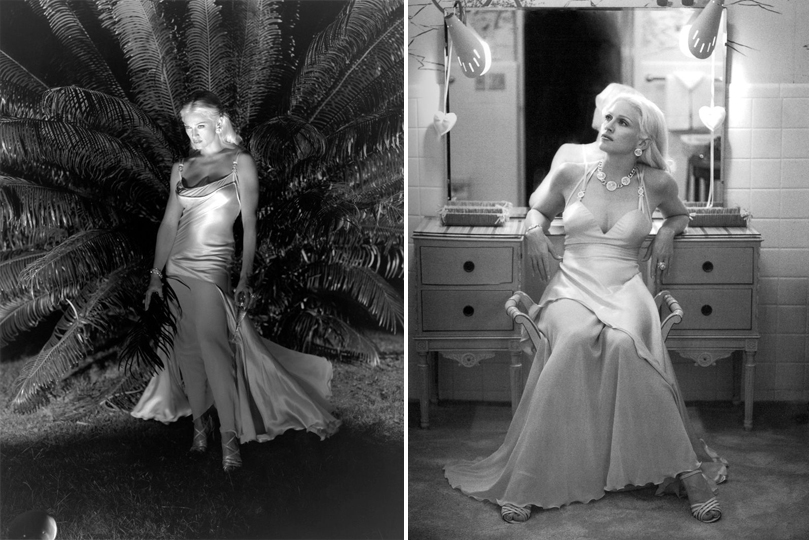 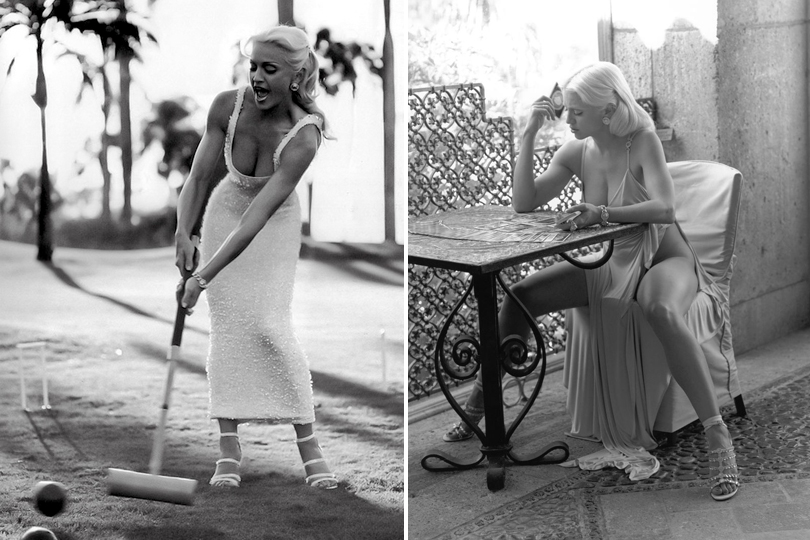 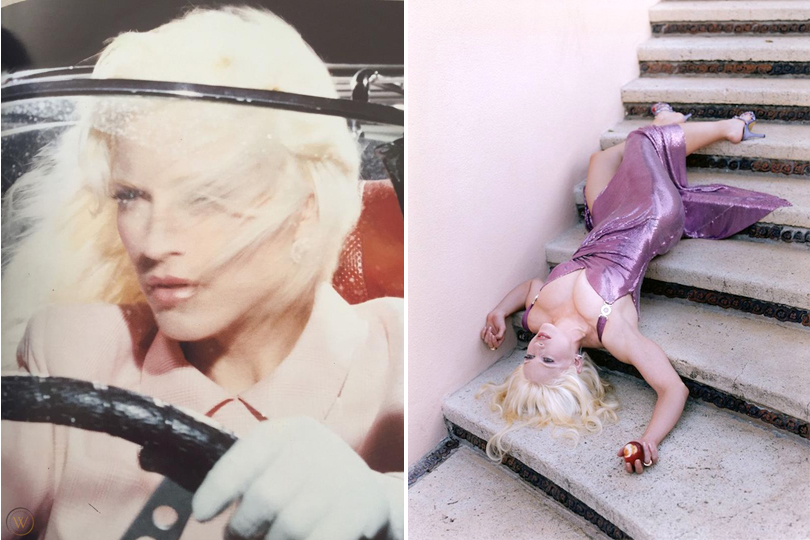 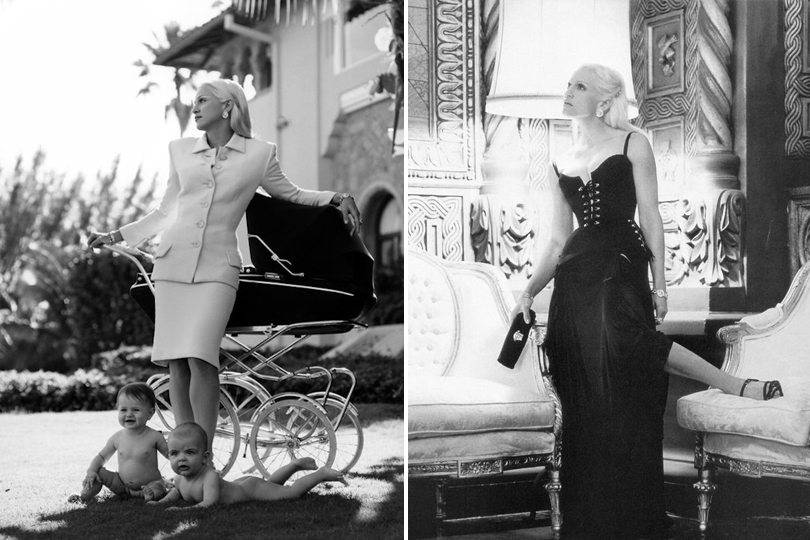 Versace courted Madonna for some time and then in late 1994, she agreed to appear in an upcoming Versace ad campaign, which was released two years before Gianni’s death. The campaign was shot in December 1994 at Donald Trump’s Mar al Lago estate in Palm Beach (Madonna would famously criticize both Trump and Mar al Lago years later recalling the shoot). The images (including one of Madonna as Sleeping Beauty laying on a flight of stairs with a bitten apple in hand) were a breakthrough for the label and garnered endless press coverage. The campaign was so successful Madonna agreed to shoot a second Versace campaign a few months later.

While Madonna and Gianni had been friends for several years the first time Donatella met Madonna was at the photoshoot in Miami. “The word ‘icon’ is overused, but in the case of Madonna I believe it has some meaning,” said Donatella. “She has become an icon because she has been able to constantly re-invent herself-always remaining contemporary. She is the symboling of a modern woman.” 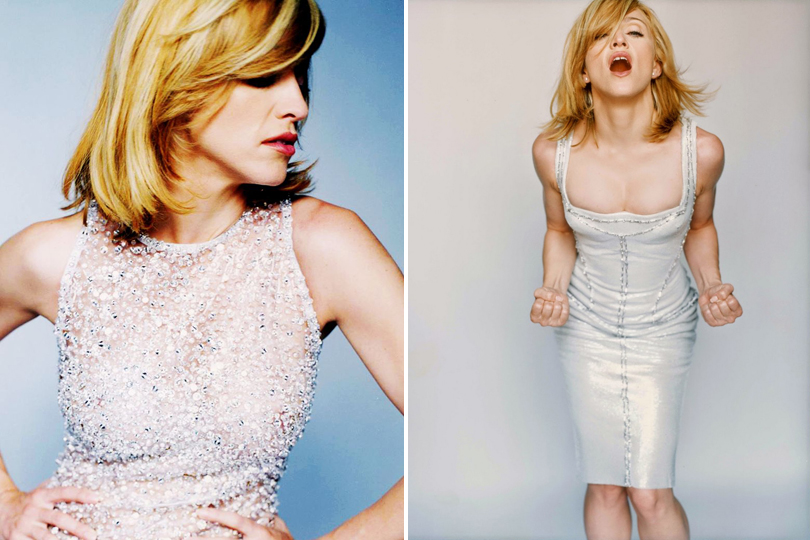 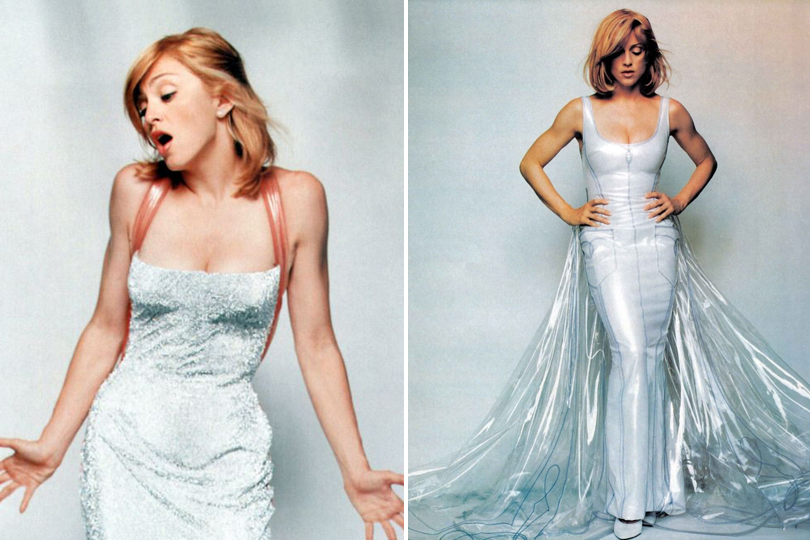 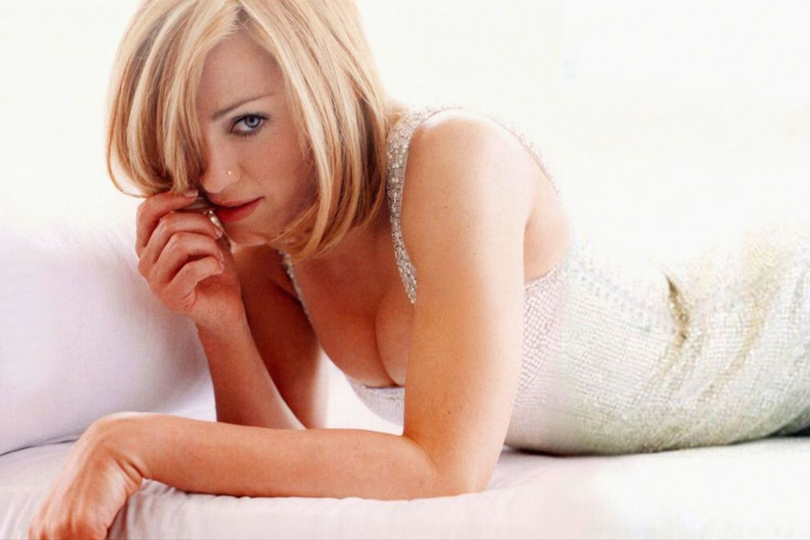 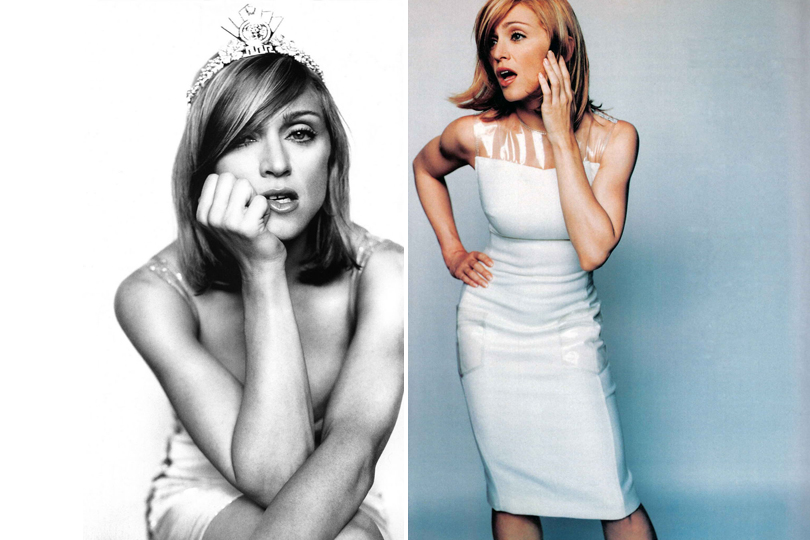 Madonna’s second ad campaign for Versace highlighted the brand’s fall/winter 1995 collection. This time the campaign was shot by photographer Mario Testino (who she’d go on to work with countless times throughout her career… and again for Versace in 2005) at Gianni’s Lake Como villa. The images were much lighter and more ’90s minimalism-centric than the previous campaign.

In Time Madonna fondly recalled shooting her second campaign with the brand. She had brought along her friend Marjorie Gross, who was dying of cancer. It was a gift for her friend, and Madonna spoke of the kindness the Versaces extended to both of them and the experience of “soaking up” Gianni’s aura.

“I slept in Gianni Versace’s bed. Of course, he wasn’t in it at the time, but I couldn’t help feeling that I was soaking up some of his aura… I kept wanting to leap out of the bed and do things: write poetry, smell the gardenias and jasmine that surround the house, gaze out my window at the magnificent lake and press my face onto the cool marble of any number of naked men statues that filled his bedrooms.”

The ad campaign was another success and the images were even re-used for Madonna’s second greatest hits album, Something To Remember (an album of ballads), which was released in November 1995. 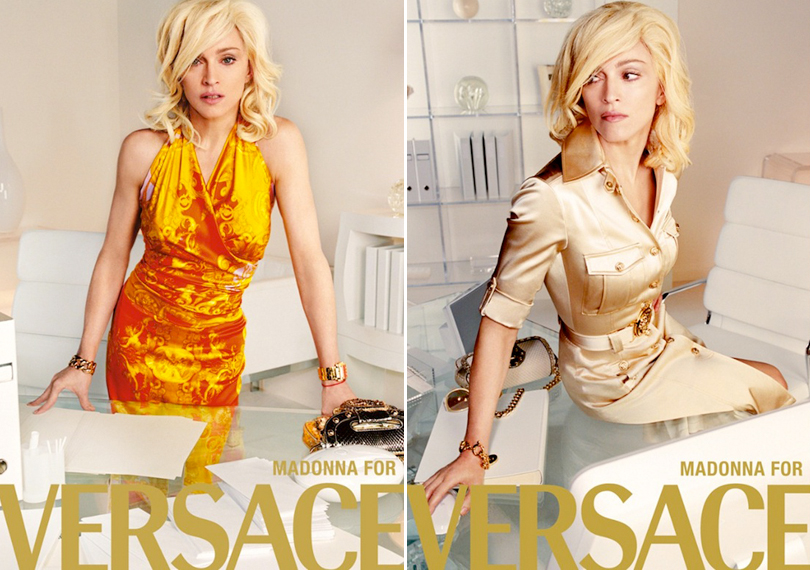 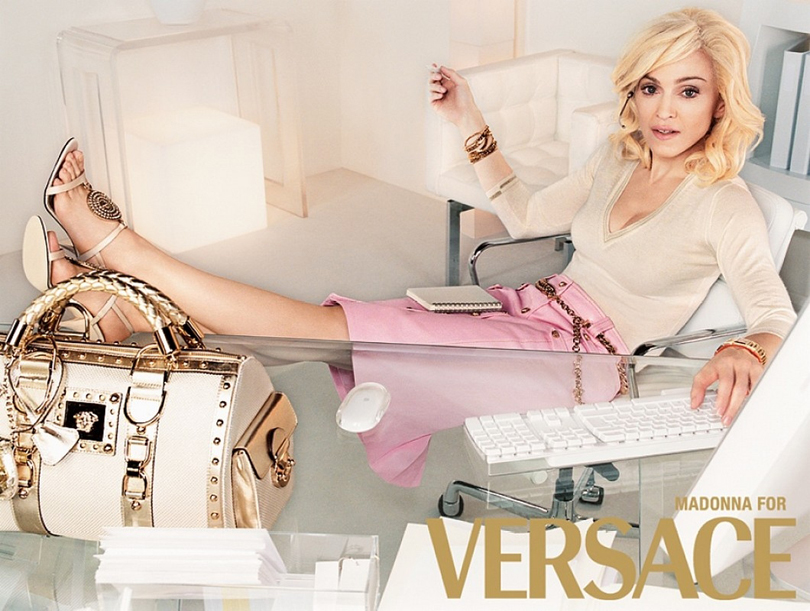 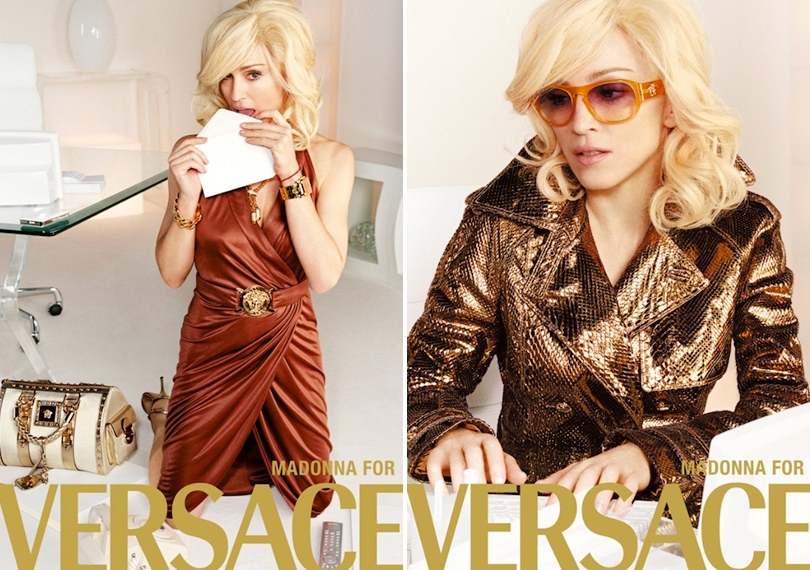 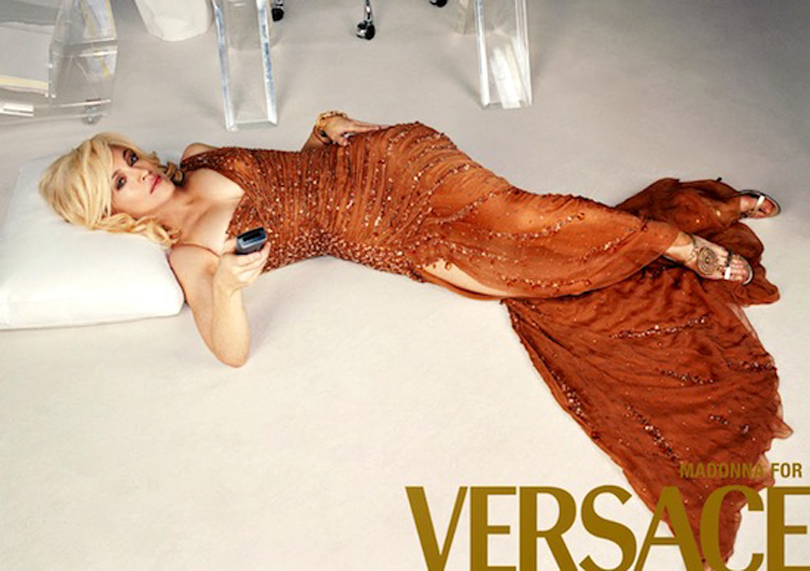 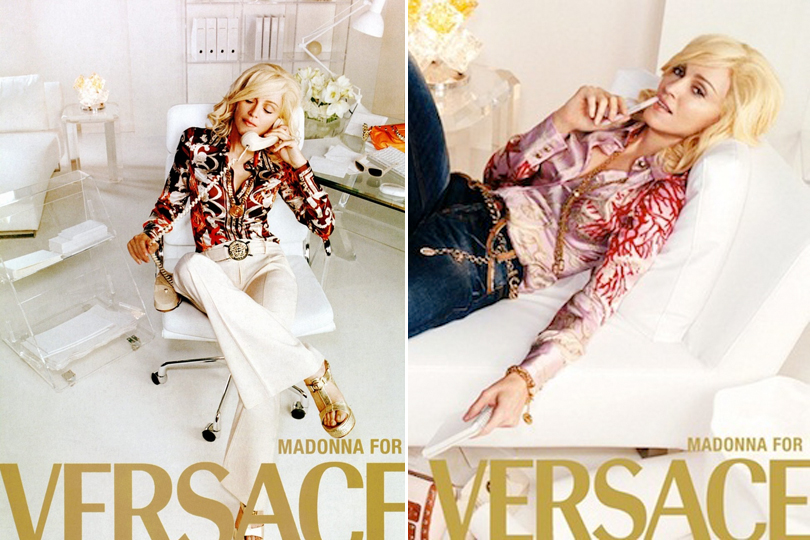 Madonna’s third ad campaign for Versace came ten years after her previous campaign, when Donatella specifically chose Madonna to be the face of the brand and their upcoming spring/summer 2005 collection.

The highly anticipated collaboration between Madonna, Donatella Versace and photographer Mario Testino was meant to challenge the way people perceive business women. “I wouldn’t call her a secretary, but Madonna herself says, a Chief Executive Officer,” Donatella told Italian Vogue at the time. “A high level working woman that does not renounce glamour when she’s in the office. Madonna worked a lot to define that image: she’s a woman who put her nose in everything that has got to do with her, and that’s smart.” 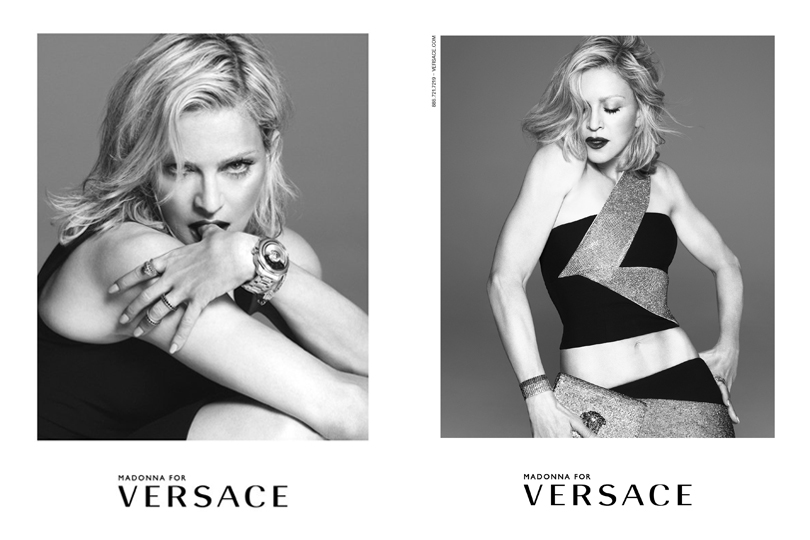 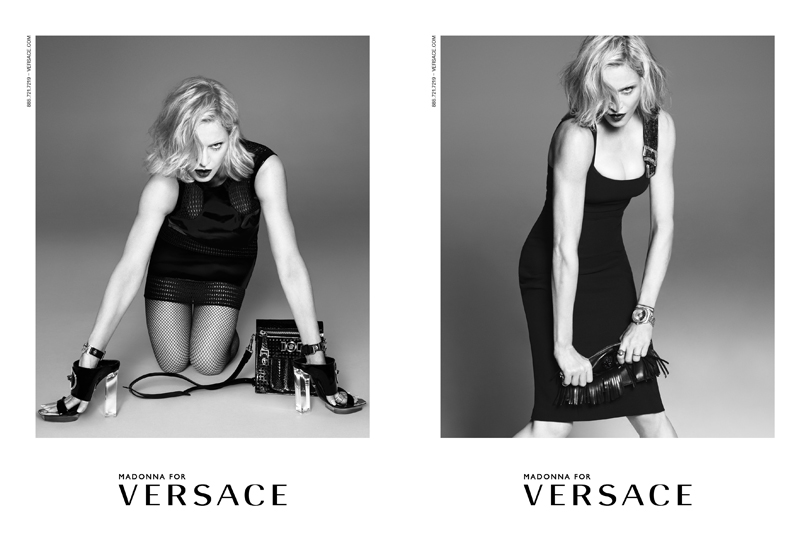 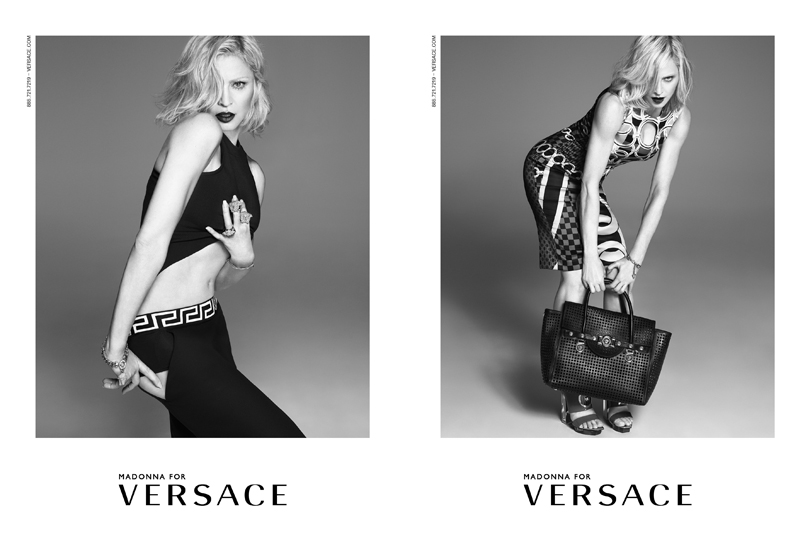 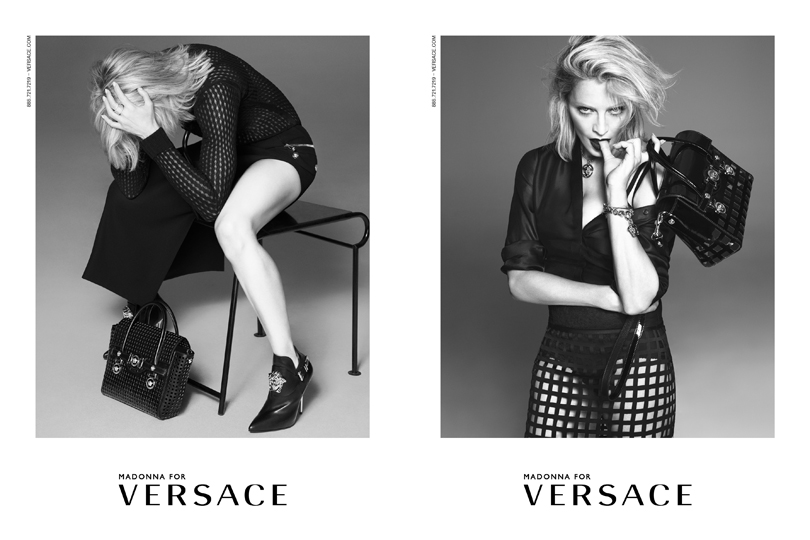 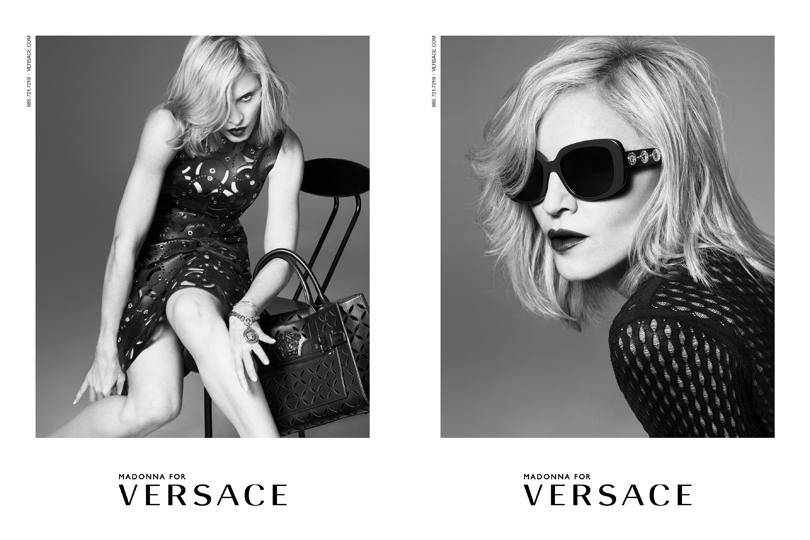 Madonna’s fourth Versace campaign was the label’s spring/summer 2015 campaign shot by fashion photographers Mert Alas and Marcus Piggott (or Mert & Marcus as they’re better known to most of the world). The black and white shoot was done in New York and featured Madonna with a soldering gaze wearing pieces from the label’s spring/summer 2015 collection.

“It’s always exciting to be dressed head to toe in Versace,” explained Madonna.

“Madonna is one of the true icons of Versace. I am thrilled to have my friend and the most powerful and directional artist as the face of Versace for Spring 2015,” added Donatella. “She is her own woman, a role model who shows other women how we can do what we want, and get what we want, and do so for all of our lives, with no compromise.” 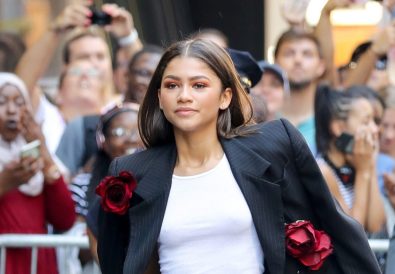 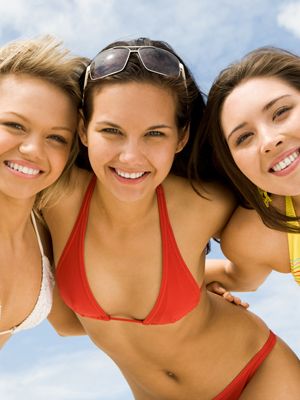