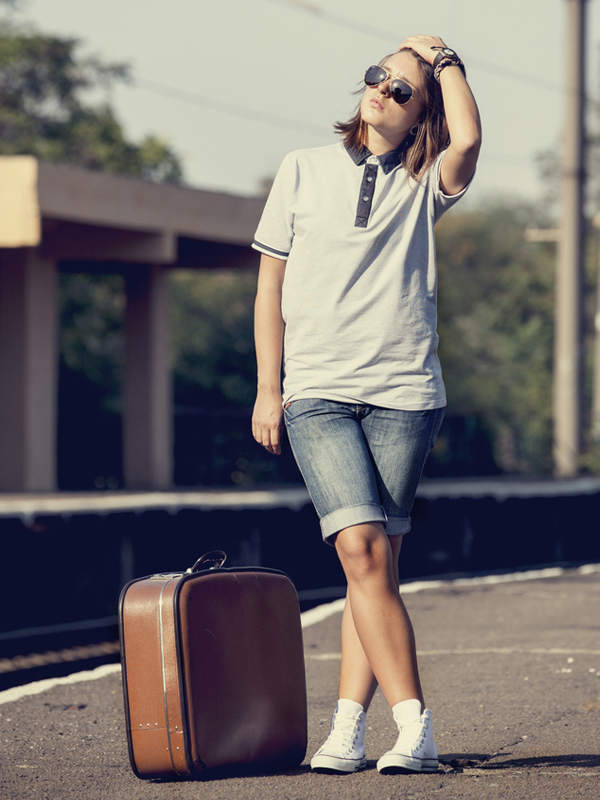 The only way to travel with somebody is if they know all you want to do on a plane is watch whatever '90s movies are available to you, and then they let you watch those movies in peace. This summer, one of my best friends and I flew to the Calgary Folk Fest, but sat in separate rows because: a) there was no way one of us wasn't going to have a window seat, and b) flying by yourself is the best.

Why? Because there's no way you can have a real conversation in a silent airplane, and feeling like you have to talk to somebody is unfair to everybody (especially you) (and especially them). So, instead of sitting in the middle seat for the sake of "being a good friend" (which is a terrible excuse to do anything, and if anyone ever guilts you into doing something with that excuse, they are not your friend, nor should they be anybody's), we sat many rows apart and happily re-united once we landed to compare our in-flight movie choices. (Me: Titanic, obviously; her: I am not a good friend, and do not remember.)

And wanting to fly alone is in no way offensive to another person. Not at all — especially if you're travelling to the same destination, and then plan on hanging out at that destination, and are the only other people you know at said destination. Wanting a window seat and access to Titanic isn't unreasonable. (Or a book. Or access to Jurassic Park which I also watched.) In fact, travelling alone isn't even bad in general — it's actually the best.

The first time I flew, I flew all by myself (at the ripe old age of 23). I was terrified, I started laughing maniacally when we took off because that's my anxious go-to, and I effectively scared the woman next to me to her very core, and then felt sick from nerves once we landed. BUT I felt like a boss. By the time I boarded my flight home, I loved flying. Not enough to fly anywhere for more than eight or so hours (I don't have it in me — go to Australia without me, friends, I believe in you), but enough to know I could do it even more.

Which I did, all the way to Vancouver the next month. And hey, it was fine — I was in the emergency exit row, so, yes, everybody would've perished if they chose to rely on me — and it was another testament to the fact that I could do this. I could check my luggage, and I could board a plane, and I could land at the correct destination. Then, on the way home, I made an even bigger realization: I could travel by myself even with food poisoning. (Which, thank you, is a huge feat. Especially since, doped up on every stomach-oriented drug I could buy at the airport, I managed not only to avoid using the bathroom, but managed to eat Ritz crackers, too.)

And admittedly, I haven't travelled much. As a true poor, I've had to save up for everything — even road trips to Ottawa, Montreal, and Cleveland which, I'll admit, is not a road trip to do by yourself (which fortunately, I was not) — so I don't have crazy tales of this place and that place and that one flight with that one guy. But even taking the train home from Montreal the first out of two times I felt like some seasoned badass explorer. Why? Because the biggest trips my family went on were to motels up north, and because hello, travelling is expensive, so it's a pretty big deal. Basically, it's like this: travelling alone makes you feel like Kevin McAllister when he goes grocery shopping. Like you're a bona fide grown up, who can not only do all the grocery shopping, but will stare a furnace in the face and tell it to go to the devil.

I am a 28-year-old grown-ass woman, and I still felt like a seasoned professional (traveller…?) when both my luggage and I arrived in Calgary this summer. Because I booked that flight and I checked my bags all by myself. Is it just the illusion of power? Absolutey. Of independence? Oh, for sure. (Especially because I thought my luggage wasn't going to show up and my friend had to repeatedly reassure me "Anne, it's only been five minutes, relax.") That I can successfully spend several hours in silence despite my constant need for an audience? Girl, you know it. But who cares if that's why I like travelling alone. We all have our reasons. 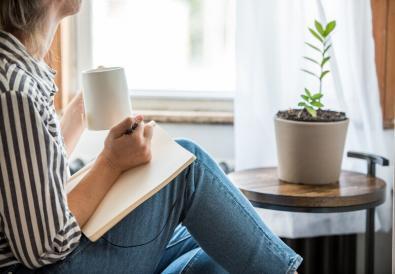 This Version Of Yourself Is The Best One 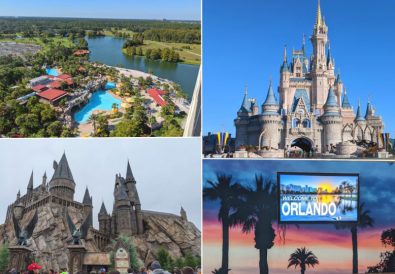 A Girls Getaway Guide To Orlando 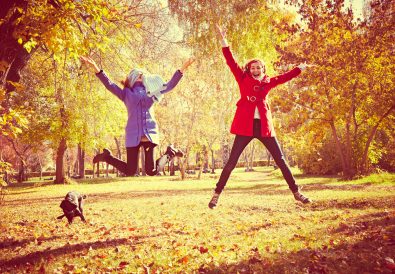 Fall Is Here: Do These Things Or Fail The Season (Forever)