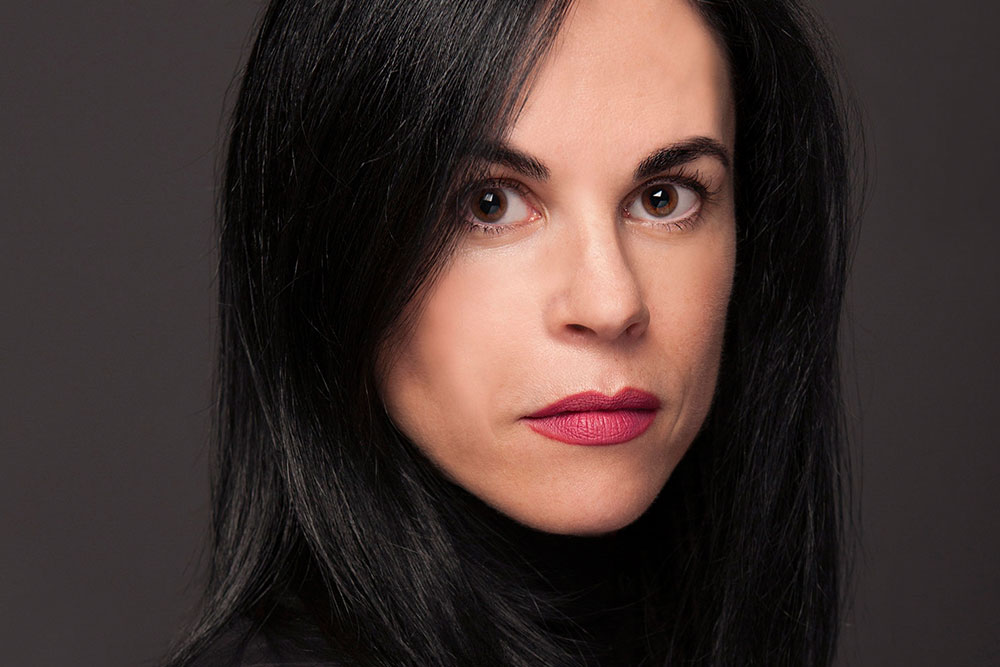 Summer practically begs for page-turning fiction and we’re already looking forward to the new literary thriller The Substitute, hitting bookstores June 24 (though we’ve already read it and can fully attest that it will keep you guessing to the very end). We caught up with Canadian author Nicole Lundrigan ahead of the launch to chat inspiration, the writing process and find out what’s next (don’t worry, no spoilers).

29Secrets: You studied anthropology — how did you make the transition from that to writing novels?

Nicole Lundrigan: I didn’t really set out to be a writer. I was always fascinated by science and I think I had really great science teachers in high school and I wanted to carry on with that. And after I finished my masters, I had my daughter. Initially I thought, ok I was going to have my daughter and continue on to do a PhD, but then I decided I wanted to be at home with her. And I remember calling my grandmother — she’s from a small town in Newfoundland and she raised her kids, ran a general store — just one of these superwomen. And I said to her I had a little girl and she said, well that’s nice but don’t forget about your career. So I decided I was going to stay at home and then I had to figure out something that I could do that I would still, you know, not just raise my daughter. So I ended up writing the story of her birth and I sent it to a magazine and they published it. I think from studying science, I knew I could research really well. I learned how to pay close attention to detail and that sort of lent itself to writing. First non-fiction, but then at some point I had this very naé¯ve thought that I’m going to write a novel. And I actually had no idea to write a novel, I didn’t know any of the rules, I didn’t even know when people talk about crafting a novel. I’m still not sure quite what that means. And I just dove in and I tried it. And I got about half way through and I Googled how to write a novel, the rules of writing and I realized then ok I’m not following these rules, I’m not doing this right and I said I’m just not going to Google anything else and I’m just going to try and finish this and it ended up working out. Somehow I finished the book and somebody wanted to publish it. And then from writing that novel and moving onto the next novel, I think with each novel I’ve learned from mistakes or things I wanted to do differently. And that’s how I ended up with The Substitute, just learning by writing, not necessarily from taking any formal courses.

How do you feel your writing style and ideas have developed from your first novel to now?

I definitely think I feel a bit more confident when I start a project now. But I think I still don’t necessarily think I would be able to talk to people about the rules of writing or the methods or anything like that. I think I just know how to pull out my characters a little bit more, how to introduce a story with a bit more punch, just to make a tighter story, not to go off on tangents so much where I perhaps did that in my earlier novels. So I think just growing, changing, being more confident. And also my first our novels were written in Newfoundland and I haven’t gone back there since then, so I think that’s a little bit different and that voice has kind of left me. Just exploring, still very focused on very small communities but exploring places outside of Newfoundland.

So where do you draw a lot of your inspiration from? Whether it’s for the plot of your novel or your characters. I’m guessing location has a bit to do with it or maybe a lot to do with it. But I know ideas can sort of come from anywhere but it there any place that you go back to for inspiration?

When I first started writing, people would ask me this question, I used to try and come up with a good response. But not so much anymore, I’m more okay with saying that I’m not exactly sure where my inspiration comes from and I don’t really know how my ideas emerge. I think setting is very important and I often tend to write about small communities and the dynamic within that, which is something I have always been interested in. But I think there is a little bit of inspiration that comes from somewhere everyday and I don’t necessarily go to a specific place or have a specific method. And I think if I waiting for a big inspiration for a book, I probably wouldn’t get going on one. Little tiny things just sort of happen everyday. And often I get inspired by actually writing. So sometimes I’ll write a little bit in free fall. I’m not sure if that makes sense; just write as quickly as I can. And then something happens and I’m like oh that sort of interesting and then it just builds from there.

I think for me it’s very much an intuitive thing. I can’t give you a concrete answer, it’s just that I tend to read and reread what I’ve written and then when it feels right. I don’t think there is any specific thing that I know, it just has a certain rhythm to it, it answers the questions that I want answered and again it’s just intuitive.

That’s a tough question. I think one of my all-time favourite writers was Timothy Findley and I was just thinking about this recently, that I need to go back and read some of his books that I love so much. I tend to read a wide variety of things, so I can’t say there is any one author that has had a huge impact on me. I know a lot of writers have their favourite authors but I do tend to read a lot of non-fiction and a lot of crime fiction. One thing I think that has had a big impact on me was when is that I have always been interested by crime and that criminal mind and not just the what happened but why it happened. Growing up my mother was very fascinated with true crime. And probably when I was younger than I should have been, I was sneaking her true crime books and reading them. So I think those early books may have had an impact on me. Like The Stranger Beside Me about Ted Bundy.

The Substitute is a physiological thriller of course — it’s a crime story — and you’re compelled to read it until the very end, but it’s very different from some of the other thrillers that we’re seeing on the market now. And honestly I found that very refreshing. I find myself to be a very quick reader when it’s a quick thriller, I’m done it in a day and I find that very disappointing most of the time. What was the decision to make it, not slow in the sense that you couldn’t really get through it, but slow in that it’s slower to reveal the information? Is that just a personal style? Why the decision to do that?

I think that is just my personal style. I think for this book, plot was very important. But for me, character is also very important and when I’m writing, I really want to tell the story accurately and I want to be completely immersed in that world and I think you need to have just enough detail so that the reader isn’t slowed down, wants to keep going, but also feels as if they are deep in that world and I want the story to feel truthful. And my characters, in my mind, are very real people. And they are not necessarily connected to me in any way and I feel a weight to tell their stories accurately. And when I’m writing I don’t necessarily think about who is going to be reading it. I mean, in a way while I’m the writer, I am also the original reader and I need to write something that is interesting to me because I’m going to have to read it 20 times. And it has to pull me in as the first reader and feel truthful and I want to feel as if I am in that world and I’m seeing what’s there and I’m smelling what’s there and not sort of buzzing through the story and leaving the characters behind because it’s their story.

So what’s next? Have you started working on another novel already?

I have. I just started working on it in January so its still kind of early days, still trying to create a first draft. And so far it’s going well, some days are good, some days aren’t. And again, its sort of a mystery style and dealing with a person who is extremely narcissistic.

What would you like to see more of in Canadian literature?

I always like crime so I would always like to see more of that, a little bump up in that. The next book I’m actually going to read is The Break — have you read that one yet?

I have, it was fantastic.

I’ve heard a lot about it, I’m in a book club and we are actually doing that for our book next month so I’m going to be reading that be next.

I feel like between The Substitute — of course it hasn’t come out yet — The Break and The Best Kind of People, we are definitely on the right track because these novels, they are rivalling anything that is coming out of right now. So, what should we read of yours next?

I think the most popular of my previous books was called Glass Boys. And there is Newfoundland dialect in it and people call it dark and disturbing. People generally call my work disturbing. It’s almost funny, there was someone on Goodreads who has read most of my books and they said this is Nicole at her disturbing best — I thought that was a funny thing to say.

I think that’s high praise. All of that I find are the best novelists come up with some pretty crazy ideas and that makes for a really good book in my opinion.

Yeah, I mean you want to read something that’s a little bit different. It’s hard to come up with something that is a unique twist on an idea. 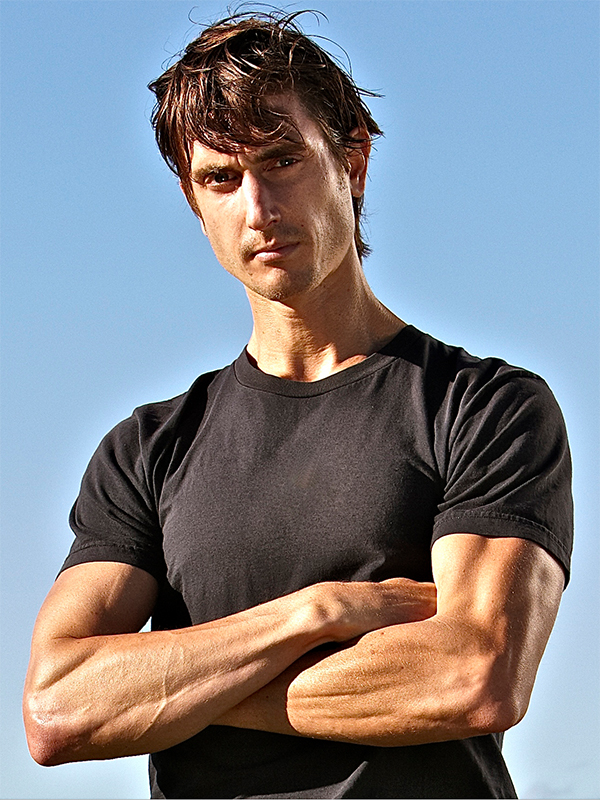 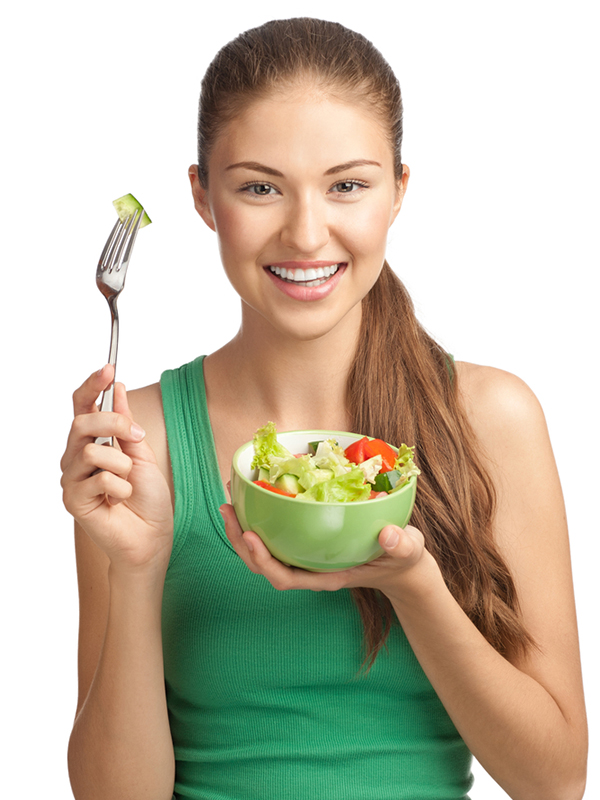 6 Ways to Slim Down in the New Year 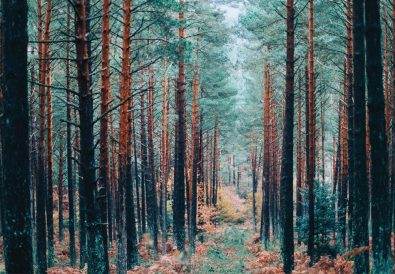 A Canadian in L.A.: How to Handle a Snow-less Winter