THE STORY OF: Medical And Fabric Face Masks

by Christopher Turner
Style The Story Of Wellness
No comments 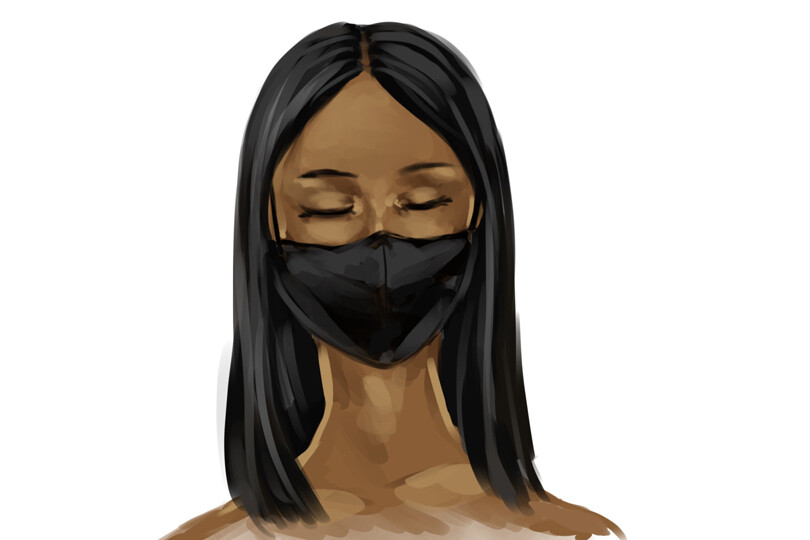 Masks or face coverings, the kind that cover both the nose and mouth, are currently mandatory in most public spaces, part of an effort to stop the spread of COVID-19. Medical and fabric face masks began appearing almost immediately after the current pandemic took over the headlines: first in Asia, where masks were already common, and then throughout Europe and North America. It’s not hard to imagine that years from now, when history looks back at 2020, face masks will be what people see. While surgical, medical and fabric face masks are emerging as a symbol of our times, they have long been a fraught symbol: for some they represent safety and protection from disease and pollution, while for others they actually represent danger and disease.

From the Black Death plague of the Middle Ages to the pandemic our world is currently facing, face masks have come a long way. Here’s the story of how a piece of fabric held on by straps came to be.

Origins
It’s difficult to determine exactly when face masks began being used as a protective measure. One of the earliest recorded face mask-like objects in history dates back to the 6th century BC, when images of people wearing cloth over their mouths were shown on the doors of Persian tombs.

Closer to our own era, in the Yuan Dynasty (1279-1368), a scarf woven with silk and gold threads is thought to be one of the first face masks in China. According to the 13th-century travelogue The Travels of Marco Polo, these scarves covered the mouths and noses of servants, and were believed to stop the servant’s breath from affecting the smell and taste of food served to the emperor.

One of the most prominent early uses of face mask-like objects was in the 14th century during the Black Death, the deadliest pandemic recorded in human history. The Black Death spread like wildfire in Europe and resulted in the deaths of anywhere from 75 million to 200 million people in Eurasia and North Africa, peaking in Europe from 1347 to 1351.

In the 16th century, French doctor Charles de Lorme (the chief physician to Louis XIII) invented a beak-like mask, which would be worn by doctors who travelled to towns to treat victims of the ongoing plague. The bird-like beak masks featured glass in the eye sockets to ensure visibility; perfume, scented spices or medicines (including mint leaves or camphor) could be placed in the beak section of the mask in an attempt to filter out disease. In addition to the mask, plague doctors wore a dramatic “beak doctor” costume, which included a top hat, a waxed fabric overcoat, gloves and shoes. They would also carry a cane so they could examine and direct patients without the need to make direct contact with them. The mask and the costume eventually evolved into a terrifying symbol of death due to the rampant extent of the plague. 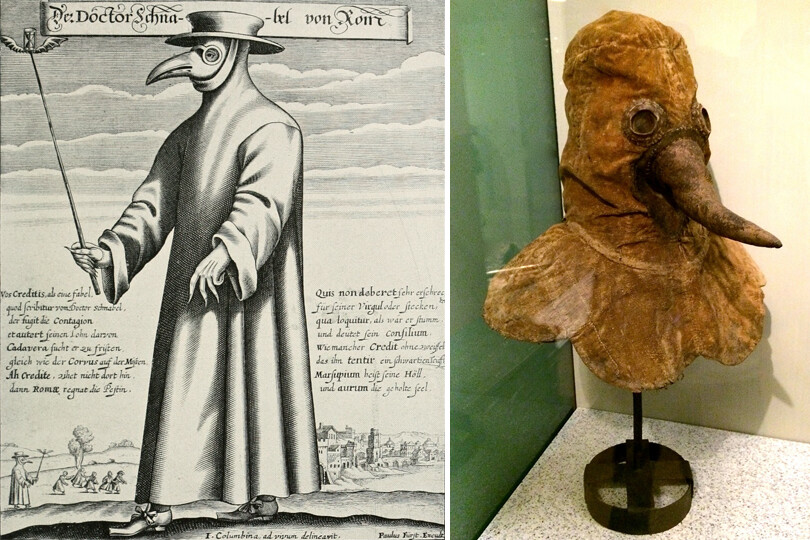 During this time, Leonardo da Vinci first commented on the use of mouth and nose coverings and advised the use of a wet woven cloth placed on the face to keep toxic chemicals from entering the individual’s respiratory system.

In 1848, a milestone in the history of face masks was reached when American Lewis Hassley designed a protective mask specifically to be worn by miners to help protect them from breathing in hazardous dust particles. The following year, Hassley applied for the patent of the mask with the patent number 6529, which is still available in the archives in the US.

In 1861, Louis Pasteur, a French microbiologist and chemist best known for inventing the technique of pasteurizing milk, proved the presence of bacteria in the air. This resulted in individuals paying more attention to the design of modern masks. According to History of Surgical Face Masks: The myths, the masks, and the men and women behind them, by John L. Spooner (1967), cloth face masks first appeared at the very end of the 19th century to help control surgical sepsis. The earliest recorded use of the cloth face mask was by a French surgeon named Paul Berger during an operation in Paris in 1897. Following his example, doctors wore layers of gauze as a protective measure during surgery to prevent airborne bacteria from entering an open wound.

In 1899, a mask made of six layers of gauze came into creation that was sewed onto the collar of surgical gowns; the doctor simply flipped up the collar when using it. This progressively evolved into a form of mask that could be tied and hung on the ears with looped straps, which was the beginning of our modern face masks.

Modern face masks
Anti-epidemic masks as we know them today are just about a century old. In 1910, during the late Qing Dynasty (1644-1911), Chinese authorities adopted cloth masks to help prevent the spread ofManchurian pneumonic plague after Chinese medical scientist Wu Lien-teh asserted that this plague wasn’t being spread by rats, as had been assumed, but was airborne. He introduced easy-to-wear masks made of a cotton wad encased in two layers of gauze, which were worn by Chinese doctors, nurses and sanitary staff as well as patients and their immediate contacts.

This inspired the use of masks for healthcare workers when the 1918 flu pandemic (also known as the Spanish flu) began to spread across the globe. Lasting from February 1918 to April 1920, the Spanish flu infected 500 million people – about a third of the world’s population at the time – in four successive waves. There’s wide variation in estimates as to how many infected people died, but the death toll is now estimated at between 17 million and 50 million, making it one of the deadliest pandemics in human history.

When the Spanish flu pandemic came to an end, the general public use of face masks receded. Despite this, mass production of filtering facepieces started around 1956, and by the 1960s reusable cloth masks were playing a vital role. Of course, surgical masks have continued to be used since their inception, and have always been developed in liaison with healthcare workers and medical professionals.

In 1967, the 3M Company (formerly known as Minnesota Mining and Manufacturing Co.) began producing masks that could filter out fine particulate matter. Similar in theory to Lewis Hassley’s mask and Wu Lien-teh’s protective masks, 3M’s disposable masks could protect workers’ noses and lungs in harsh operating environments such as mining and smelting.

Skip ahead a couple of decades to the SARS epidemic, beginning in 2002, when there was a resurgence of cloth face mask use in China, Hong Kong, and most of East Asia and Southeast Asia. When SARS ended, face masks remained popular in that area, particularly in China, where wearing a face mask symbolized care for the community and civic awareness. By 2012, the use of masks in China skyrocketed due to persistent smog. That year, the term “PM2.5” (an air pollutant) began to enter public awareness, and mask models such as N95 and KN90 (produced by 3M Company), which can filter out this fine particulate matter, became highly popular.

At the same time, as awareness of environmental degradation, pollution and air quality became a growing topic of conversation around the globe, protective face masks began to be used as air filters in polluted urban centres. Face masks became a common sight in cities like Mumbai, Beijing, Tokyo and Mexico City, but also, more recently, during the 2019-2020 bush fires in Australia.

Covering up for fashion
Prior to the outbreak of COVID-19, reusable cloths masks were already making their presence known in the world of fashion and in popular culture.

The Qiaodan Yin Peng Sportswear collection featured face masks on the runway during China Fashion Week in 2014, and Masha Ma, a Chinese designer showing in Paris, featured a Swarovski-studded look in her Spring 2015 show.

Over the past few years, high-profile fashion labels including Off-White, Bathing Ape and Fendi have sold designer face masks, while prior to the recent coronavirus outbreak, logo face masks were handed out to guests as gifts at runway shows for Chanel and Fendi.

Gucci is in on it as well. When pop sensation Billie Eilish hit the Grammy Awards in Los Angeles this year, shortly before the pandemic hit globally, she was wearing a head-to-toe Gucci look – including a custom Gucci face mask.

Of course, Eilish isn’t the only musician to sport the look. Face masks are the signature accessory of rappers Ayleo and Mateo Bowles (Ayo & Teo), while Future and his daughter wore matching elaborate gem-studded looks to the 2017 BET awards as a promo for his performance of “Mask Off.” Even Kanye West wore bedazzled Maison Martin Margiela ski masks during the rapper’s Yeezus tour in 2013. 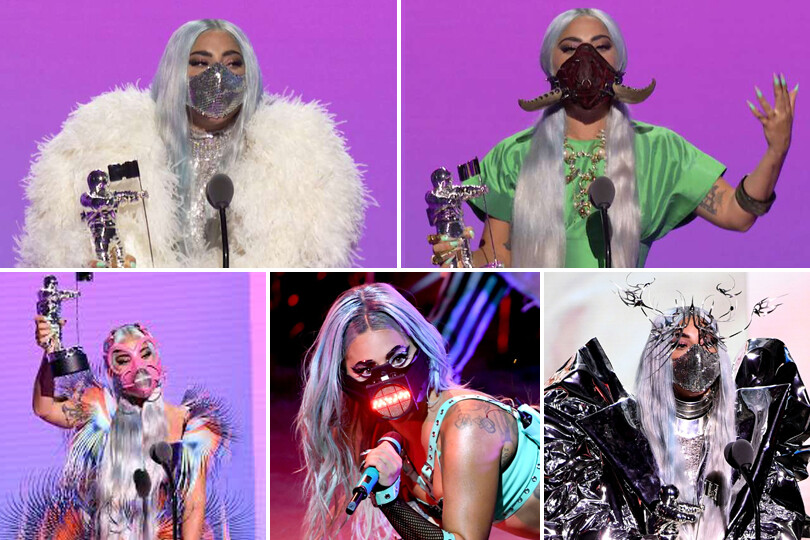 More recently, masks were centre stage at the MTV VMAs at the end of August as multiple artists graced the screen wearing face masks. Of course, Lady Gaga put on a truly pandemic fashion show displaying an impressive collection of masks during her multiple appearances during the show. She also asked viewers to remember to mask up.

Today and COVID-19
At the beginning of 2020, the clinical blue and white face masks were reserved for the faces of the most coronavirus-prepared and those working on the front line against COVID-19. But fast-forward three or four months and here we all are, following the recommendations of Health Canada and habitually instructing our hands to loop an elastic band behind each ear to secure our masks and face coverings in a daily routine that’s now become as familiar as brushing our teeth. Today they are the real must-have accessory, both in terms of utility and coolness, as the COVID-19 pandemic continues. In fact, they’ve become a powerful symbol of self-expression during dark times.

An item ultimately designed for the most practical of reasons – to protect people close to you from the micro-particles of your breath and, ideally when worn by others, to protect you from theirs – has the power to be both expressive and highly symbolic.

Of course, fashion and sportswear brands have capitalized on the demand, releasing masks that are more fashionable with styles, fits and colours to help us tell the world who we are. They might incorporate logos to let people know our favourite brands, or bright colours and patterns that are reflective of our style and quirks. But no matter what the design, at this moment they are a true statement of intent, solidarity, compassion and identity as they are worn to help slow the spread of COVID-19. 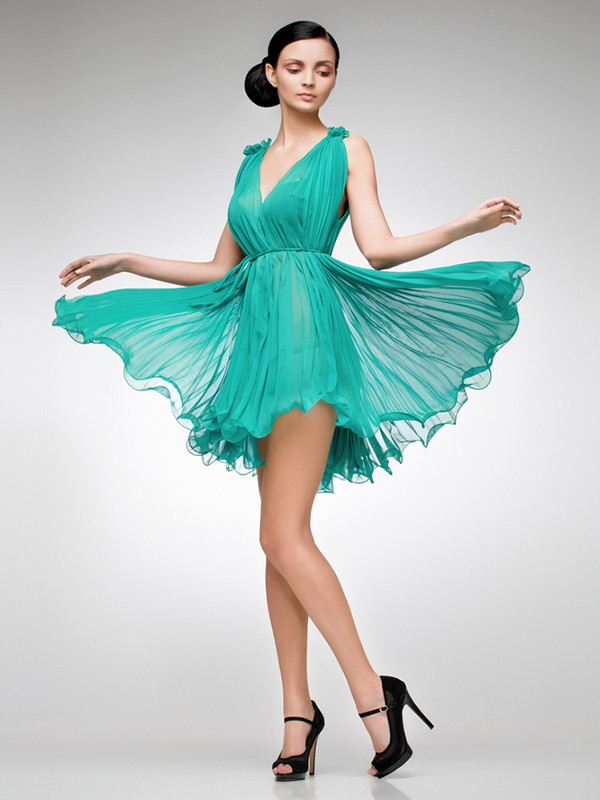 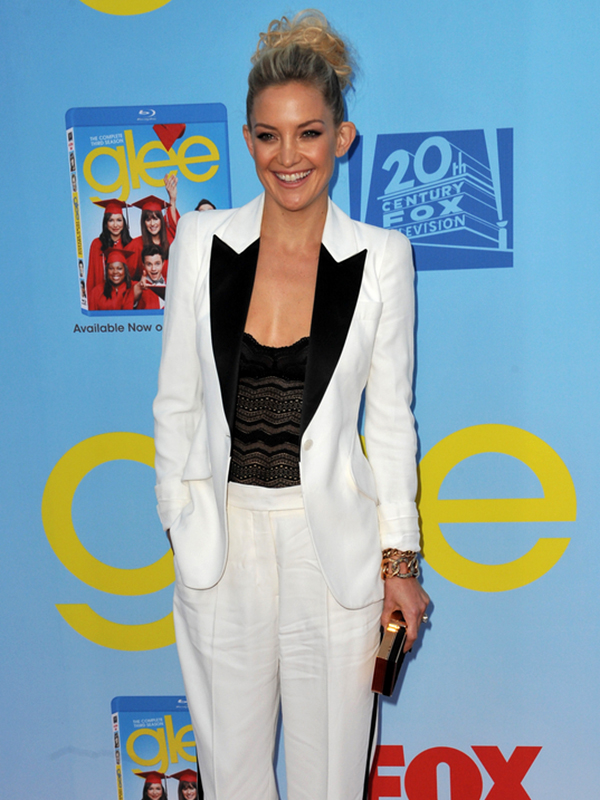 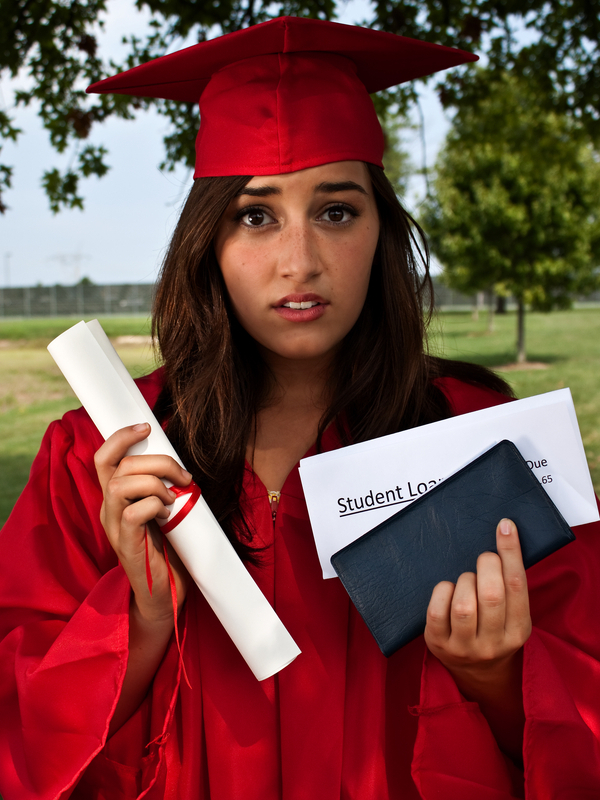 Drowning in Debt? How to Dig Yourself Out!