by Amanpreet Dhami
Wellness
No comments

Hard Choices by Hilary Rodham Clinton documents her time as Secretary of the State working under the Barack Obama administration from 2009 to 2013.

Although the book communicates her  personal achievements and also the  challenges she faces as a public figure, the book will be enjoyed the most by someone with  a strong interest in  American  politics and international relations. Because of her position in the government the book is very patriotic in nature and often discusses the nuances involved with political  strategy in present day America, while also touching on controversial issues such as U.S. foreign policy in China and the Middle East and the comparison of global ideologies.

At the same time the book resonates with the woman who has a strong passion for her career, which is also one of the main reasons why I chose to read the book in the first place. Clinton as a politician makes many bold moves in her political decisions and she often she demonstrates how her choices were difficult to make since they were characterized as different than the usual actions by secretaries of state of the state in the past.

Word to the wise, however make sure you carve yourself out a good chunk of time to  read this book, it’s a tough read because of the heavy subject matter and goes past the five hundred page mark—with non-fiction for me personally this is always challenging. I think it’s a book to enjoy at a slower pace, but definitely a book that deserves your time.

Want a chance to win a copy of Hard Times from Simon and Schuster? Simply share with us a female public figure who has inspired you personally due to her achievements in her career and her presence in the public eye. Whether it’s a celebrity, humanitarian or  a musician, the best answer will be determined by how that woman touches you personally. 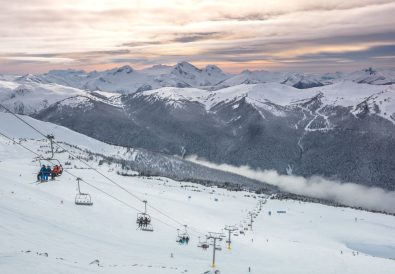 4 Awesome Canadian Resorts for a Ski Vacay (For Non-Skiers, Too)

So It’s Finally Warm Enough To Be Alive: Tips and Tricks For Avoiding The Sun’s Wrath