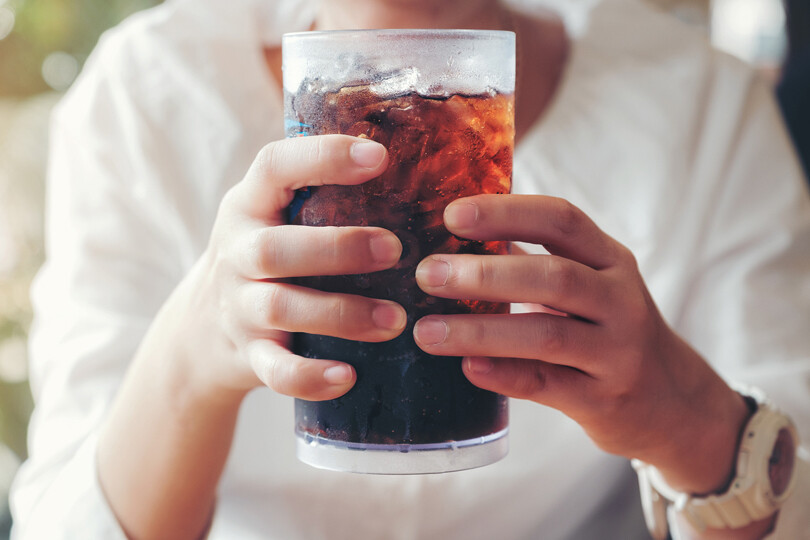 Greetings from the deck of my parents’ house where I will live until the grackles finally claim me as their own. (Note: the yard is swarming with grackles. There are so many grackles. I only care about the grackles now. Goodbye.) (Also, as I was writing this, a large bug flew down my shirt. So you can see that I’m truly thriving right now.) Now one day into the third stay at home order in Ontario over the course of a year I’ve exhausted almost all my rage and must avoid tapping into again lest I need a reason to absolutely lose my shit in roughly a week.

I mean, I am still full of rage. But once in a while, you’ve got to sit outside and make peace with the fact that you may be ready to die at the hands of a grackle.

So that said, I’m going to scrape the bowl of the already-past-its-prime positivity I’ve been storing for desperate times. But while it is technically very toxic (it expired in 2015), I will not tell a single person to drink water or smile. This is a list of things to be grateful for, and not a single one will be “more me time.”

The grackles
They are our friends now. Our true and wonderful friends. I am frightened of them to my core, and they seem to be plotting something according to the numbers in which they are gathering, but I pray that if they see this, they will spare me when they inevitably rule us all.

Sugary, delicious cold beverages
It’s kind of hot now! I got sunburned three times in the last week, and I’m outside gunning for a fourth. So with that may we now usher in the era of drinking the most delicious, syrupy beverages we can find. Put ice in my morning Pepsi! Make a Big Gulp last all day! Treat freezies and popsicles like beverages! We can do that now! It can happen! And when we inevitably get upset stomachs from dehydration, we’re not going anywhere, so who cares! I know I don’t! I feel sick already and it’s only 11 05, baby!

Blaring the best music ever outside so that your neighbours know you’re cool
Oh that’s right, nice, lovely families who live left and right of me: I love the song “Ready To Go” by Republica (1996) and now you get to find out too! Buckle up for the Goo Goo Dolls and a little Matchbox 20! Our shared space is my DJ table, and I will ruin you all!

Neighbourhood animals
Cats. I do mean cats. There are dogs out there, and I’ve seen them, but we’ve never really connected so while I wish them well, we’ve obviously not got much of a foundation on which to base our relationship. Especially since it’s no longer cold enough for them to wear boots.

So look out for the cats. Recruit the cats. You know what they’re doing right now? Nothing. So win them over. Set out some water. Name them. Remind them that they’re beautiful. Handsome. So pretty. A baby-lady. A lady-baby. Then as the slow realization that you haven’t hung out with your human friends in over a year sets in, realize that what you’ve built is even better. Or like, helpful in making you (and I) want to die a little less.

Hotdogs
And hamburgers and vegan patties and whatever else it is you eat in the summer. I don’t know you, and I don’t know your preferences. Groceries are it. They’re genuinely the only thing we’re allowed to go out and buy, minus (legal) drugs. I will not buy a single item going forward that doesn’t cater to the delusion that from here ‘til July I will bask in summer weather and tan like I’m a person who doesn’t get terribly burned. Which I guess brings me to our last point . . .

Delusion
Sweet, sweet delusion. Should we be grateful for this? Really? In the inferno of the third and very avoidable third wave? While reality is cold and harsh but absolutely necessary to face? Bitch, yes. Delusion is all that’s left. Sweet, glorious, minutes of delusion where you can focus on the stupidest possible thing and pretend that it’s forever, while in reality you’ve only got mere seconds before the covid emergency alert plays again and you scream, “I KNOW! I FUCKING KNOW!” into the ether. These fleeting moments are a cushion. A harmless cushion that reminds us that there was a before and there was an after, and at some point, we won’t have TMJ from reading the news and wondering whether the Ford cabinet is maybe just trying doing this on purpose.

Today, my delusion was spending the entirety of a Gin Blossoms song looking out at the lawn full of grackles, pretending I was in a movie somebody from Singleswould also star in. And I took a sip of my morning soft drink and thought, “That’s right. This is my life. And it’s wonderful.” Seconds, of course, before the emergency alert went off and scared the cats and made me jump and ruined one of the greatest songs to come out of the 1990s. And then I paid my phone bill and laugh-cried at the remaining balance in my account. And I began to countdown to my next delusion, where when somebody asked what I was up to later I had an answer other than, “Are you kidding me right now?”